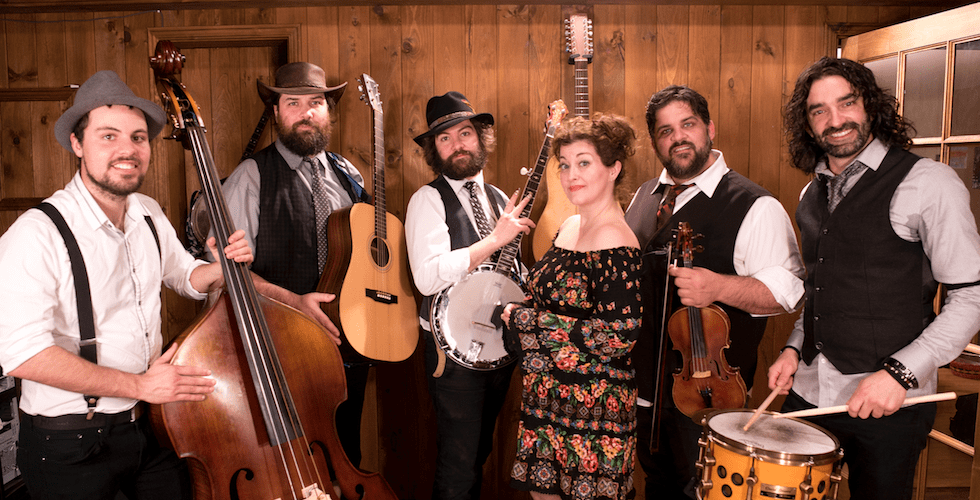 Blueberry Grass Band is headed to Epcot this summer for a limited time in the Canada Pavilion.

From June 13 through Aug. 26, the Mill Stage in the Canada Pavilion at Epcot will be filled with the music of Blueberry Grass Band, a group from Quebec who turn French and English Canadian hits into their own unique festive sound.

The band gets its name from the nickname given to people from their home region of Saguenay-Lac-St-Jean. In that part of Quebec, the residents are called “blueberries.”

The playfulness of this nickname shines through in the band’s performances, as every concert turns into a joyous occasion with upbeat tunes and the cheerful demeanor of the performers. Each member of this six-person band has a different musical background, and uses a variety of instruments – guitar, string bass, drums, violin, banjo and their voices.

Blueberry Grass Band has brought their music to audiences in 20 countries, and members of the band have performed on “Britain’s Got Talent” and “The Tonight Show with Jay Leno.”

To learn more about other musical offerings in Epcot, visit DisneyWorld.com.