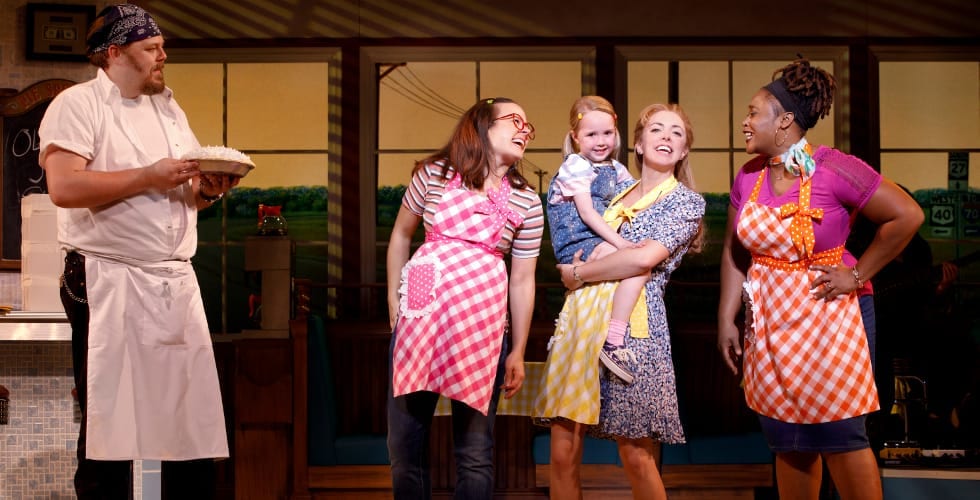 ‘Waitress’ will hold auditions on Feb. 28 for young actresses to appear in the Broadway hit’s Orlando run.

The Dr. Phillips Center will hold auditions on Feb. 28 and select two aspiring actresses to appear onstage when the Broadway musical Waitress plays Orlando next month.

Casting directors are looking for two girls under age 5 (and three months) to play “Lulu,” a “sweet, carefree” young girl in the finale scene of Waitress, which is part of the Fairwinds Broadway in Orlando series. Dr. Phillips Center Director of Education Dana Brazil and a creative team member from the New York production of Waitress will interview up to 36 young actresses on Wednesday, February 28, 2018 from 12 p.m. to 3 p.m. at the Dr. Phillips Center Florida Hospital School of the Arts.

Actresses must be registered to receive a scheduled appointment time. Registration opens on Wednesday, February 21 at 9 a.m. online at drphillipscenter.org/lulu. Applicants must be under the age of 5 and three months and shorter than 4’2”. Individual applicants are welcome, as are sets of twins or siblings. Once registered, qualified applicants will receive an email with their appointment time or notification of being waitlisted. The audition will consist of the child reading two lines from the show. Prior acting experience is not required. If headshots and resumes are available, parents should bring them but they are not required.

Two girls will be selected to share the role; each will perform in four performances during the six-day engagement in the Walt Disney Theater, which runs from Tuesday, March 20 through Sunday, March 25.

Inspired by Adrienne Shelley’s 2007 film, Waitress tells the story of Jenna, a waitress and expert pie baker working at a local diner and stuck in a loveless marriage. Her salvation comes in the form of her daughter, “Lulu.” Brought to life by an all-female creative team, the show features original music and lyrics by six-time Grammy nominee Sara Bareilles (“Brave,” “Love Song”), a book by screenwriter Jessie Nelson (“I Am Sam”) and direction by Tony Award-winner Diane Paulus (Finding Neverland, Pippin, Hair).

Tickets are now available for WAITRESS and may be purchased online at drphillipscenter.org, by calling 844.513.2014 or by visiting the Dr. Phillips Center Box Office at 445 S. Magnolia Avenue between 10 a.m. and 4 p.m. Monday through Friday, or 12 p.m. and 4 p.m. Saturday. Online and phone ticket purchases are subject to handling fees.

For more about the play visit waitressthemusical.com, and watch these videos to enjoy other Broadway musicals in Orlando: