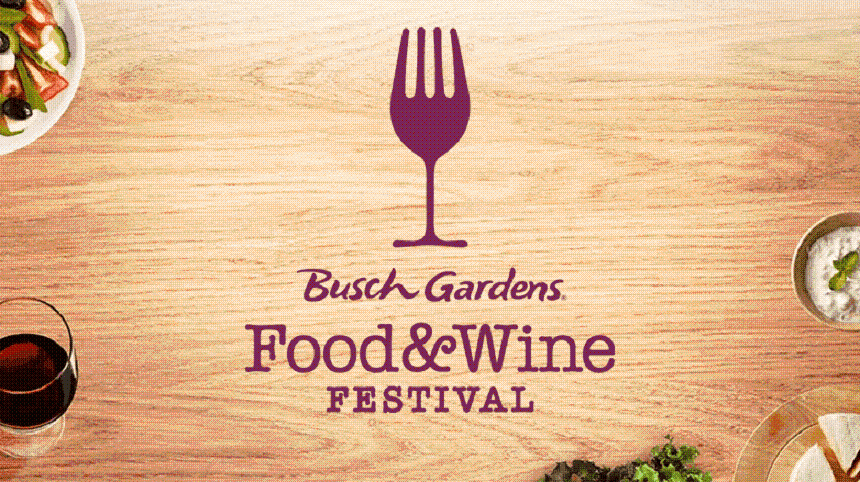 The annual Busch Gardens Tampa Bay Food & Wine Festival is included with any Annual Pass, Fun Card or daily admission to the park and runs Saturdays and Sundays, March 4 through April 30. Big-name concerts take the stage every weekend with the headlining act starting at 7 p.m. on Gwazi Field. The initial slate of artists currently announced for the festival include:

Sunday, April 2: Walk Off The Earth

Saturday, April 8: To Be Announced

Saturday, April 15: To Be Announced

Saturday, April 29: To Be Announced

Sunday, April 30: To Be Announced

The festival returns with signature dishes and new cuisine – including duck tacos, lobster ravioli, bacon mac & cheese, brown sugar rubbed pork belly, banana foster panna cotta, gator bites, and cabernet-filled chocolates – as well as an expanded selection of wines, craft brews and cocktails. Food and beverage is not included with park admission and is available for an extra fee. Guests must be 21 years of age or older to consume alcoholic beverages.