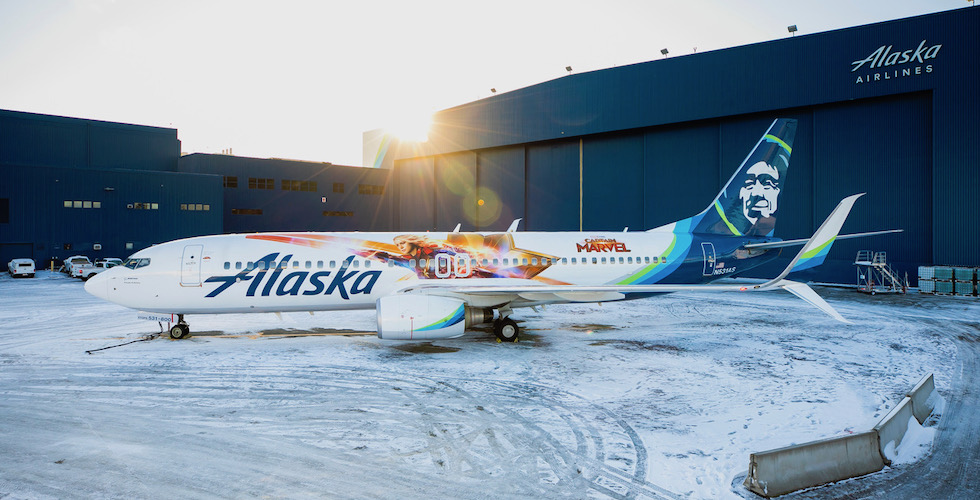 The Captain Marvel-themed plane made its debut on Feb. 5 at Sea-Tac International Airport as a special gate celebration for guests traveling to Orange County, Calif. 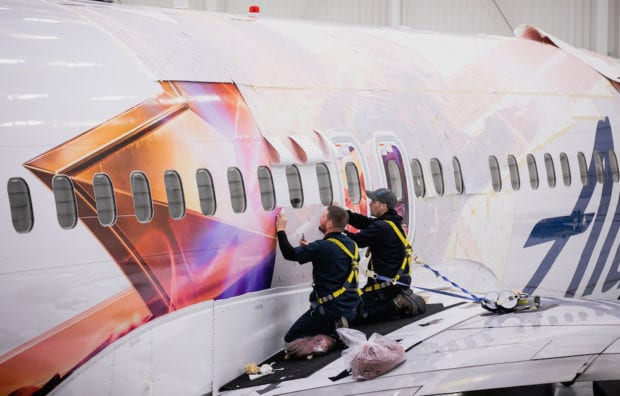 “This new plane featuring Captain Marvel will delight guests of all ages,” said Natalie Bowman, managing director of marketing and advertising for Alaska Airlines. “We’re excited to showcase a pilot who’s risen to Super Hero status – an image that embodies strength and confidence and inspires future aviators across our expansive network to go further.” 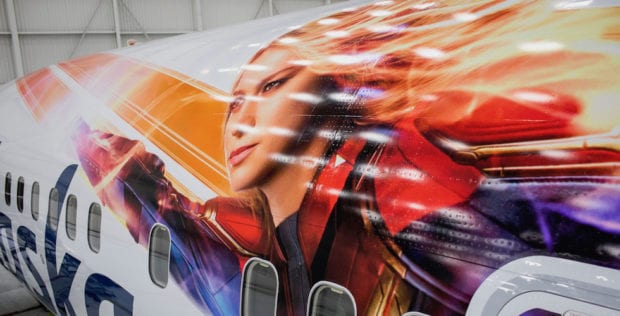 Guests boarding the Captain Marvel-themed plane will see the film’s logo and heroine upon boarding. The sight of Captain Marvel’s cat, Goose, will surprise guests when they see him seated over the wings. 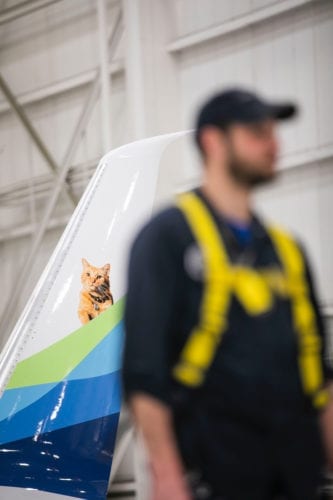 “Our collaboration with Alaska Airlines is taking our fans ‘Higher, Further, Faster’ with this amazing opportunity to fly with our fearless Super Hero and pilot, Captain Marvel,” said Mindy Hamilton, SVP of global partnerships for Marvel. “We are so excited that our fans will be accompanied by Carol Danvers on their next adventure.”

The themed 737-800 plane is now flying throughout Alaska’s route network. The plane will visit fans throughout the country through cross-country routes and flights to Hawaii.

As a special offer, Alaska Airlines social media followers can enter from Feb. 6-9 for a chance to win one pair of tickets to the premiere of Marvel Studios’ “Captain Marvel,” which includes round-trip airfare and hotel accommodations for two in Los Angeles. You can learn more about this contest here.

Check out the latest trailer for “Captain Marvel” below, and catch it in theaters on March 8, 2019.

Celebrate ‘The Lion King’ this summer at Disney California Adventure