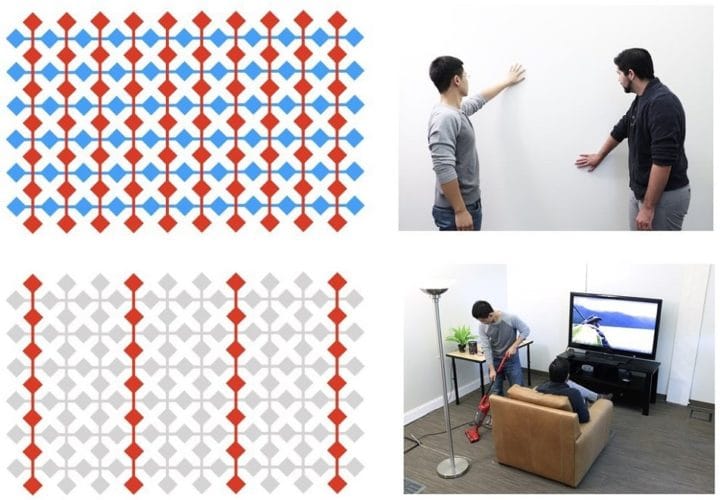 Disney Research and Carnegie Mellon have invented a way to turn any surface into an interactive smart wall with special conductive paint.

Most people think of paint as simply something to change the color of a room, but thanks to Ph.D. student Yang Zhang and fellow scientists at Carnegie Mellon University and Disney Research, there’s now a conductive paint that can transform ordinary surfaces into giant interactive smart walls.

The new invention, as reported on Carnegie Mellon University’s website, is a water-based paint containing nickel that may be applied in a particular crosshatch pattern to any wall. Once dry, the diamond-shaped mesh becomes a network of electrodes, which are connected to a custom circuit board, resulting in a wall that acts like a giant touchpad.

The project, which is dubbed Wall++, allows the treated surface to sense both capacitive multi-touch — similar to the surface of and iPad — and the electromagnetic signatures of various appliances, allowing it to recognize when you’ve turn on a nearby lamp or television. The smart wall can also estimate the position and pose of people standing near it. Watch this video for a demonstration:

Materials for a Wall++ will cost approximately $20 per square meter, and will consume about as much electricity as a tablet-sized touchscreen. It can be installed with common tools, and the finished interactive smart wall can be covered over with standard latex paint to conceal the electrodes.

The Wall++ project is a collaboration with Disney Research, which develops new digital technologies like augmented reality for the theme parks. While Disney has not yet announced any plans to use this technology, it’s easy to imagine how it might be used in a resort setting. Perhaps your hotel room could be aware of your presence, allowing you to communicate with housekeeping merely by tapping the wall. Or an attraction could integrate smart walls with video projection mapping, allowing the environment around you to visibly react to your presence. The possibilities are endless! 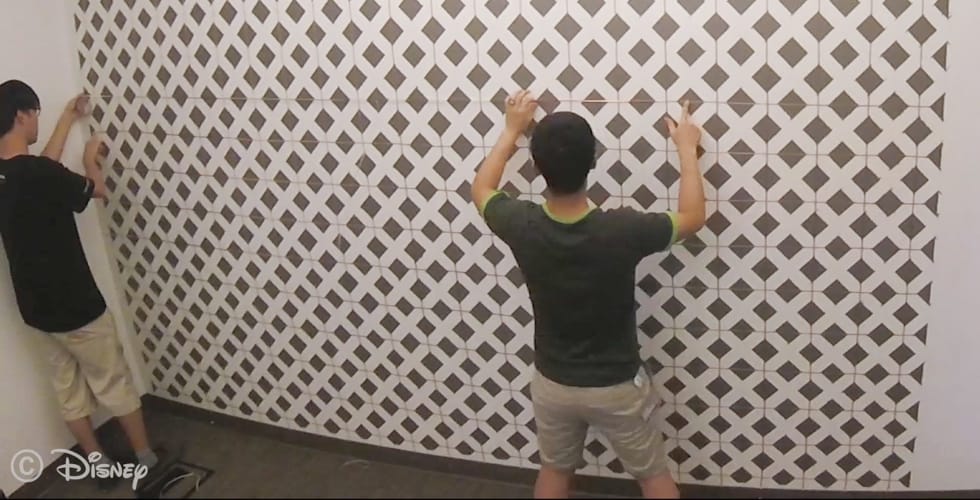 For more information, read the research paper that Yang Zhang will present at the Conference on Human Factors in Computing Systems in Montreal, Canada.

Six wild facts about ‘UP! A Great Bird Adventure’ at Disney’s Animal Kingdom