Cat and Mouse to join together for new Boardwalk restaurant 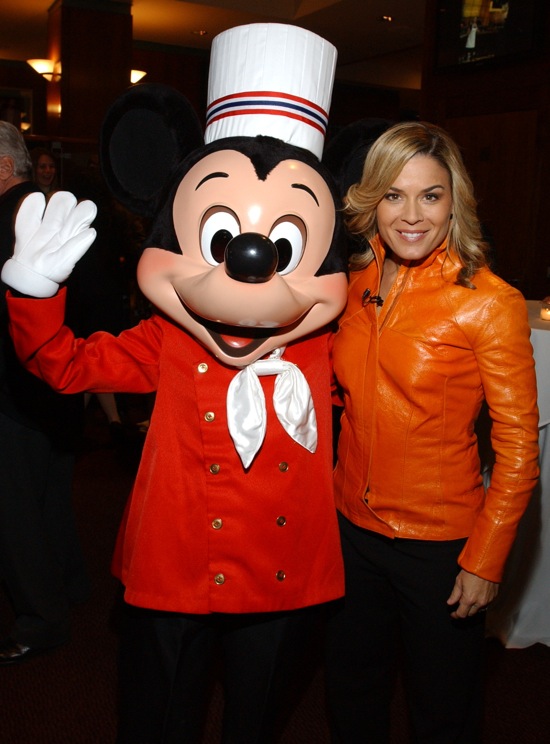 Chef Cat Cora and Disney are joining together to open a new family dining restaurant at Disney’s BoardWalk Resort. Kouzzina by Cat Cora will feature a menu of Mediterranean-style cuisine that pays tribute to the chef’s Greek roots. The restaurant, to be owned and operated by Disney, is scheduled to open by fall 2009 in the space currently occupied by Spoodles.

“I am pleased to welcome Cat Cora and her engaging new concept for Kouzzina to the Walt Disney World Resort,” said Jay Rasulo, chairman, Walt Disney Parks and Resorts. “This collaboration between Cat and Disney represents a significant step in our ongoing commitment to offer unique culinary experiences and choices for our guests.”

As a Mississippi native born to a family of Greek restaurateurs, Cora grew up immersed in two different and flavorful cultures, and has taken from that unique background the kitchen “know-how” handed down through generations. The cuisine at Kouzzina (Greek for “kitchen” and pronounced “koo-zee-nah”) will showcase Mediterranean cuisine and Chef Cora’s philosophy to create simple yet sensational meals.

Cora said that the new restaurant will feature “time-honored recipes passed down from my ancestors, as well as my favorite Greek and Mediterranean dishes that my family loves.”

She began working with Disney in 2008 by creating a Disney Video on Demand series to showcase ways to help families develop more healthy eating habits. “I’m extremely excited about this latest extension of my relationship with Disney,” she said. “Together, we’re going to develop a truly amazing contemporary Mediterranean restaurant.”

The first and only female Iron Chef on Food Network’s hit show Iron Chef America, Cora is a graduate of the Culinary Institute of America in New York. She also is executive chef for Bon Appétit magazine. In addition to hosting the instructional cooking demonstrations for Disney Video on Demand, Cora has been a featured chef at the Epcot International Food & Wine Festival and at Disney’s California Food & Wine Festival at Disneyland Resort.