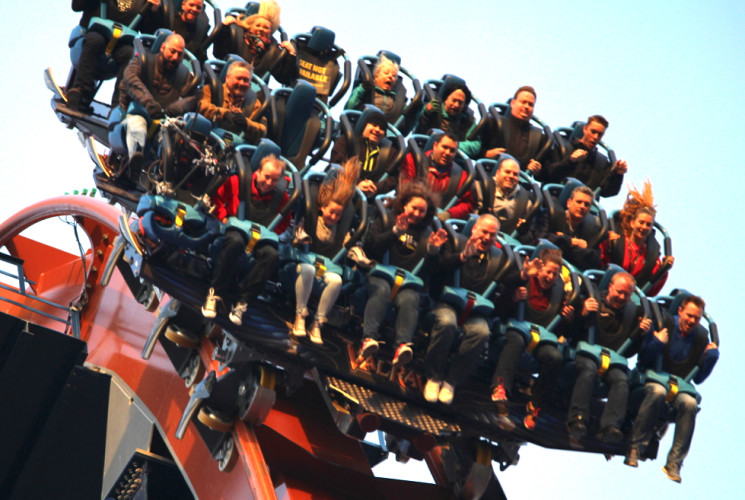 Ohio’s Cedar Point and Illinois’ Six Flags Great America are getting in on the World Series action with a friendly wager over whose hometown team will take home the championship.

It started when Six Flags Great America issued an online bet to Cedar Point: if the Cubs win, the Cedar Point team must post a video of the staff performing “Go, Cubs, Go” to their social channels. Cedar Point accepted, stating that if the Indians win, Great America’s team will post a video of their staff performing “Cleveland Rocks” to their social channels. Cedar Point also upped the ante with another challenge: the “losing” park must rename one of their rides for their entire opening weekend in 2017, and the winning park will choose the losing park’s ride and new name.

“We are thrilled to be a part of this wager,” said Hank Salemi, park president of Six Flags Great America. “Our park is rallying around Chicago for a World Series win and can’t wait to hear ‘Go, Cubs, Go’ all the way from Sandusky.”

Jason McClure, vice president and general manager of Cedar Point added, “I think all of us in Ohio and Illinois are excited that our teams are playing October baseball. Our two parks are in the business of fun – so why not get into the spirit in our own unique way? We’re not going to lose, so they should probably get their video ready!”

At press time, Major League Baseball’s 2016 World Series is even at one game each, with Game 3 scheduled for Friday in Chicago.

Stars in the Parks: Shaq goes on...