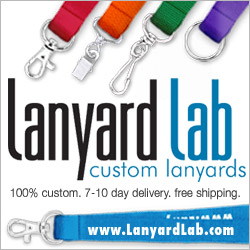 The Attractions Show! – Finale: Looking Back Over...

Join us for ‘Early Night Live’ at Magic...

Join us for ‘Early Night Live’ at The...

Attractions – The Show – Polar Plunge at...

Attractions – The Show – Mako and Cobra’s...

Wishing you the very best in your next adventure Ricky! I had so much fun getting to know, work with, and ride roller coasters with you! 🙂

Good luck with everything,

Ricky, you, Matt, and the rest of the crew have done a fantastic job on this magazine. A big farewell to you and good luck on Lanyard Lab!

Best wishes, Ricky, for your continued success. It has been an honor and a pleasure to work with you since Vol one, Issue one. See you around the theme parks.

We’ll especially miss your video work. I’ll never forget the feeling that I was “working with pros” when you and Matt shot my girls doing BBB and Pirates League. I won’t miss you too much since I’ll listen to you weekly on the podcast (which incidentally got me hooked up with Matt!).

Ricky,
I wish you the best of luck, and I’m sure you’ll have more than enough on your plate with Lanyard Lab, Inside the Magic and Park Tunes.
Thanks for all the work you put into the magazine, and the continued hard work I know you will put into your other endeavors.
-Tim

God luck with your lanyard shop, Ricky. And I will continue to enjoy your podcast!

“While I’ll still be popping in here from time to time, contributing an article or video, I’ll then only be a guest at Orlando Attractions Magazine.”

Does anyone know what happened to this guest contributor idea?

Our invitation to The Wizarding World of...