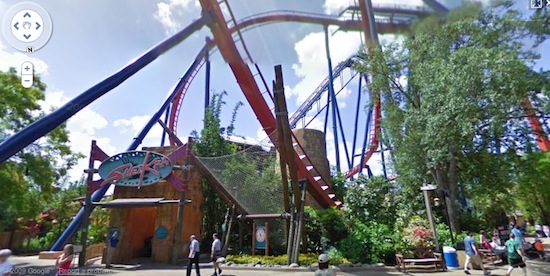 did you know it takes you backstage? at one point it took me through a wall and there was a backstage area with some workers there.