Click on the photo to see the full size version.

This photo of a large model of the expanded part of Fantasyland has been appearing around the Internet this past week. It’s a bit different from the originally leaked blueprints of the redone Fantasyland at Disney’s Magic Kingdom. The Pixie Hollow area has been moved back a bit and the Dumbo ride has been moved to just before the current Barnstormer ride. The blueprint also shows a pooh meet and greet area, which isn’t clearly marked in the model. 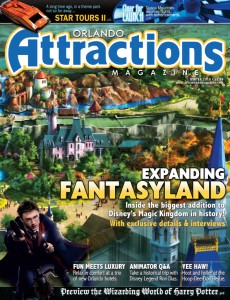 • For more on Disney’s plans for Fantasyland, be sure to get a copy of the Winter 2010 issue of Orlando Attractions Magazine.

You call this an update? Now THIS is an update: https://gdpinvestigation.blogspot.com/2010/01/gdp-special-report-new-fantasyland.html

Nice hidden Mickey around the Dumbo area. Never heard about that one.