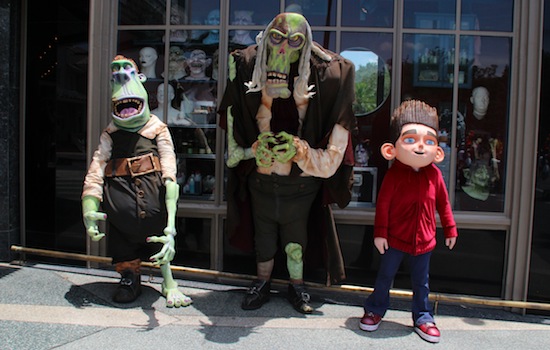 A couple of zombies have been spotted at Universal Studios and it’s not even time for Halloween Horror Nights. Norman Babcock and two of the mindless zombies from the upcoming animated movie ParaNorman are now meeting guests in the park.

ParaNorman is an animated stop motion film about a misunderstood boy who can speak with the dead. Norman takes on ghosts, zombies and, worst of all, grown-ups, in order to save his town from a centuries-old curse. The movie will be released in theaters in August 2012.

Photos and video by Robert Ashburn.

I think this internet site contains some very fantastic information for everyone. “He is able who thinks he is able.” by Buddha.

Florida E-Ticket – Raiders of the Lost...