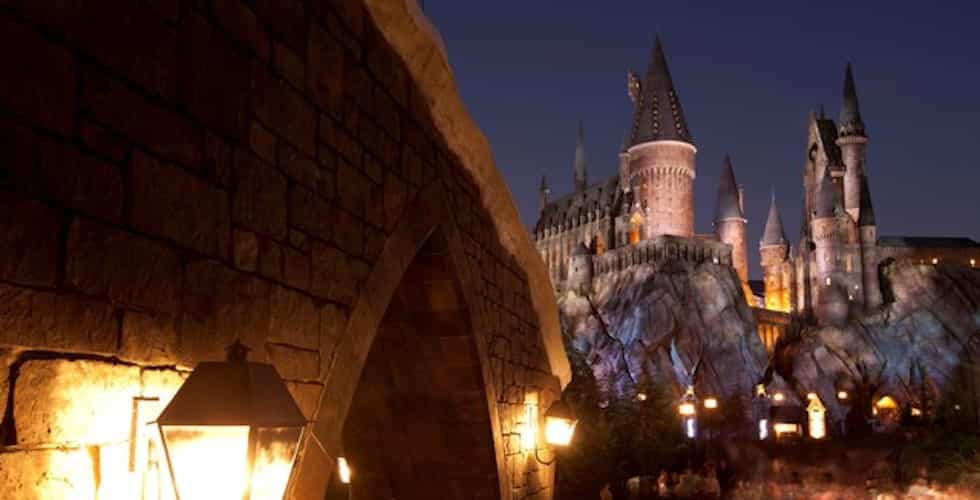 Holidays at Universal Orlando will be even more magical this year with new experiences at The Wizarding World of Harry Potter.

Universal Orlando Resort has announced all new experiences for the Christmas 2017 season: new holiday offerings coming to The Wizarding World of Harry Potter for the first time ever, as well as an all-new Macy’s holiday parade.

These new offerings will join Universal’s already-established lineup of holiday experiences, and will run from Nov. 18, 2017 through Jan. 6, 2018.

Fans have been wanting to experience the Christmas holiday in the Wizarding World for quite some time, and this year, Universal Orlando seeks to grant that wish. Christmas is a very special time in the Wizarding World and the “Harry Potter” series, and these new offerings will give guests a chance to fully immerse themselves in that magical holiday spirit.

As day turns to night, Hogwarts Castle will transform into a state-of-the-art projection-mapped display, showcasing holiday moments from the “Harry Potter” films as well as special effects sure to dazzle guests in a whole new way.

Both Diagon Alley and Hogsmeade will be decorated to fit the holiday season, and each storefront will have its own unique holiday theming. Guests will also be able to enjoy special holiday-themed food and drink offerings, as well as new holiday entertainment.

Universal Orlando will also be offering a brand-new holiday parade, partnering with Macy’s this November. Universal’s Holiday Parade featuring Macy’s will run daily in the Universal Studios Florida side of the resort, and display magnificent new floats and balloons with your favorite Universal characters, like Shrek, the Minions and more. More details on floats and balloons will be coming soon.

Universal Orlando Resort’s Holiday Celebration begins on November 18, and will include these new holiday experiences, with more to be announced in the future. Access to the Christmas festivities is included with regular park admission, but guests can book special vacation packages now to stay and play during the holiday season.

Vacation packages start at $165 per adult per day, and include a four-night hotel stay at Universal’s Cabana Bay Resort, a 4 day/3-park ticket that includes admission not only to Universal’s two main parks, but also to their newest water theme park, Volcano Bay.

For more information on vacation packages and ticket prices for the holiday season, visit universalorlando.com. To stay in the know on the holiday offerings in The Wizarding World of Harry Potter and upcoming announcements on future events and experiences, follow us on Twitter @Attractions, Facebook, and check out our YouTube channel.

Check out the announcement video from Universal Orlando, as well as our video below on the holidays at The Wizarding World of Harry Potter from Universal Studios Japan.

Straight from an elf: Why Branson is...

It’s a ‘Sea of Surprises’ as SeaWorld...