Universal Studios Hollywood has ushered in the holiday season with “Christmas in the Wizarding World of Harry Potter,” now running until Jan. 6, 2019.

The holidays are alive and well in the Wizarding World.

Both wizards and muggles alike will have the opportunity to enjoy the newly-introduced hot Butterbeer as they walk through the quaint streets of Hogsmeade. The themed areas are laden with holiday décor, uniquely following the themes of each storefront. 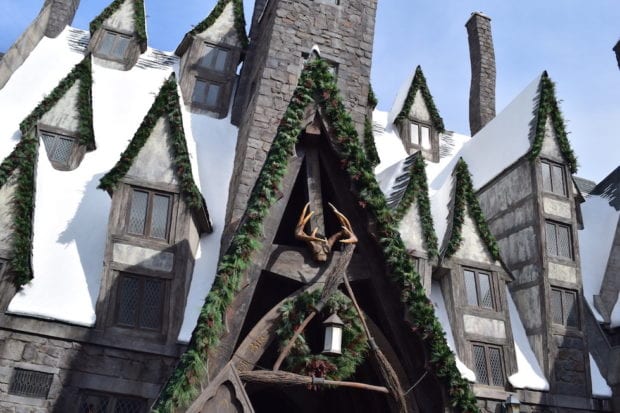 Inside the gift shops, holiday and event merchandise can be found. Examples of these items include a variety of Hogwarts castle snow globes, Hogwarts crest and mascot ornaments, and a collection of tree toppers and house pennant garlands.

In addition to the Wizarding World’s holiday décor, guests can relax and enjoy the reunion of the a cappella Frog Choir. The choir is comprised of Hogwarts students and their giant (and talented!) throaty frog pals, who entertain listeners with their harmonized holiday melodies. 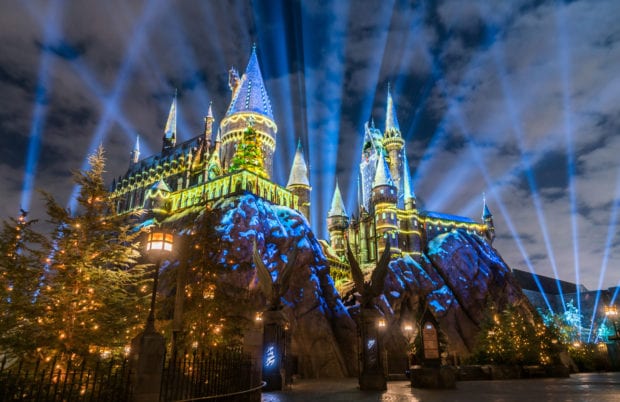 For the first time ever, guests can experience an enchanted snowfall in Hogsmeade, with multiple flurries beginning at 5:15 p.m.

The Wizarding World of Harry Potter is not the only land in Universal Studios Hollywood to get into the holiday spirit, as the entire park has been decorated to match the season. Guests can check out a variety of themed Christmas trees and winter-fashioned characters throughout the park.

For more information on Universal Studios Hollywood’s holiday offerings, including Christmas in the Wizarding World of Harry Potter, visit UniversalHollwyood.com/Holidays.

Check out our videos of the Hogwarts Frog Choir, as well as Universal Orlando‘s version of “The Magic of Christmas at Hogwarts Castle” below: