‘The Circle of Life: An Environmental Fable’ closing at Epcot’s The Land pavilion 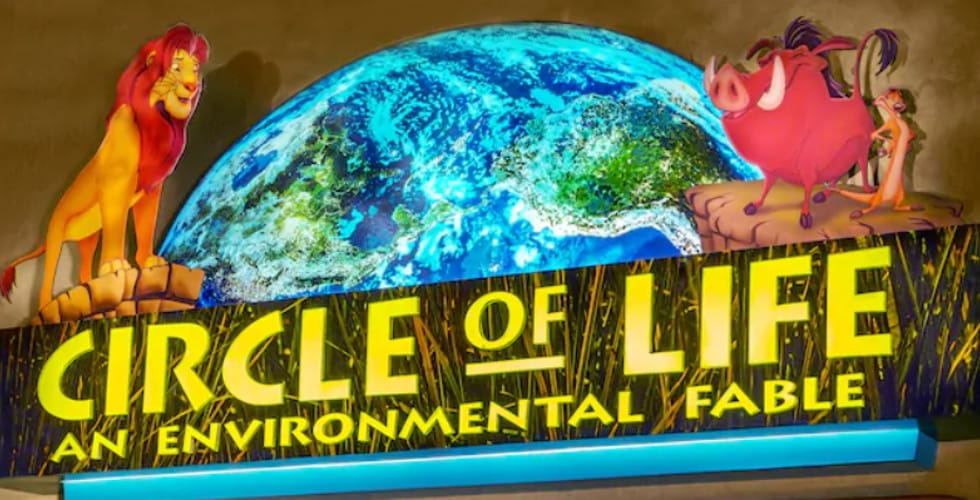 Time is running out to see The Circle of Life: An Environmental Fable, because after over two decades in Epcot’s The Land pavilion, the edutainment film will screen for the final time on Feb. 3, 2018.

The Circle of Life, a 70mm educational movie about conservation starring characters from The Lion King, first debuted at Epcot in 1995, replacing the similar but more serious opening-day attraction, Symbiosis. The film will be shown to guests for the last time on Saturday, Feb. 3, before the theater is converted the following week into a new home for Disney Performing Arts student workshops and performances.

Disney says it has no plans to share at this time for a future public attraction in the film’s former space. For more about the most popular remaining attraction in Epcot’s The Land, watch this video:

Another on stage space used for backstage purposes. Shaking my head. This is not what Walt would have wanted for Epcot, to now have 3 (4 if you count the old Millennium Village) areas that are onstage for the guests to enjoy, instead being used for backstage purposes and/or seasonal events (I’m talking about Wonders of Life and the old Odyssey restaurant).
I hope they put something else representative of the Land in that space in the near future. Otherwise, they should rename the pavilion, something that ties in Soarin with Living with the land and the behind the seeds tour and just make that space permanently backstage.
Really hoping Disney is actually going to stick to Walts original vision for Epcot as they renovate it, like Iger said they will. Such a shame, it’s an awesome park with so much potential, that yes, can still be entertaining and informational

I missed the memo! I even though the attraction was long gone because I saw it around 1997. All good things comes to an end… Goodbye Hakuna Matata Village! ????