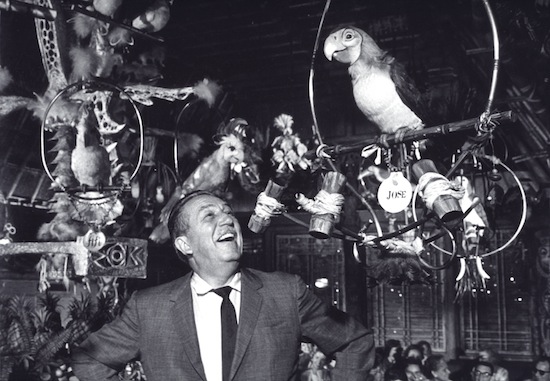 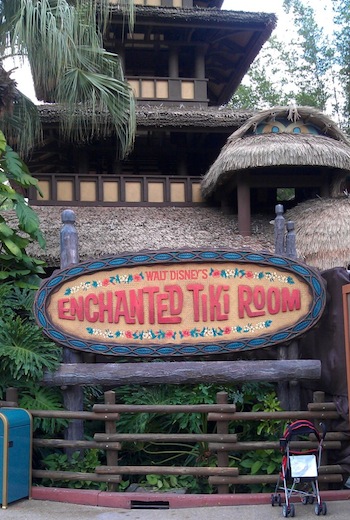 The future of the Adventureland landmark is in the wings and wit of José, Fritz, Michael and Pierre – four crooning parrot hosts who have been entertaining guests at California’s Disneyland since 1963. Once reopened, the Walt Disney World version will pay tribute to the Disneyland original – notable in theme park history for ushering in sophisticated Audio-Animatronics technology.

Prior to 1963, Walt Disney’s creative team had produced movable figures, but none had the sophistication of the bird-brained cast of the Tiki Room. José, Fritz, Michael and Pierre produce movements when solenoid coils hidden inside receive signals recorded onto magnetic tape and are regarded as the first “true” Audio-Animatronics figures.

They introduce a musical presentation by more than 200 birds, flowers and tikis. Even the audience gets into the act, joining in during the musical ditty Let’s All Sing Like the Birdies Sing.

While the show is steeped in tradition and maintains the original intent created by Walt Disney and his original team of Imagineers, Walt Disney’s Enchanted Tiki Room will feature the latest in technology – a state of the art show-control system, remastered audio and a new versatile and energy efficient lighting system. 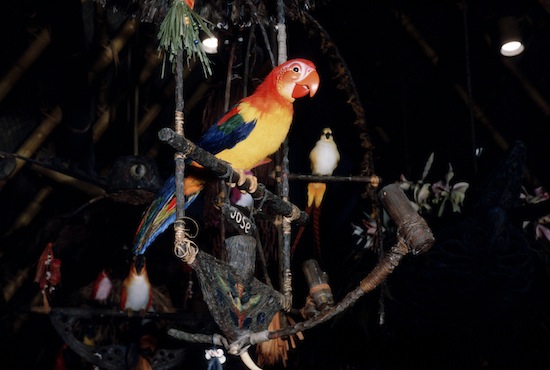 (Photo of the new sign taken by LC Hill of Behind the Thrills.)

Mickey and his pals are ready to welcome...

I can not wait to come back and see it “as it was”. Never thrilled with the “new management”. I’m sure Walt will be smiling down and singing along in the tiki tiki tiki tiki room too.

I agree mark, while it’s cool to keep things moving forward I think preserving one or two of walts special attractions adds to the Disney nostalgia, such an endearing show 🙂

We can’t wait. This is one of my family’s must-do attractions!

I am so glad they have restored and shined up the old Tiki room. I’m all for new attractions but somethings are just timeless and the Tiki Birds are surely that.

Stars in the Parks: Dylan McDermott

12 ways to enjoy Cinderella-inspired fun at...