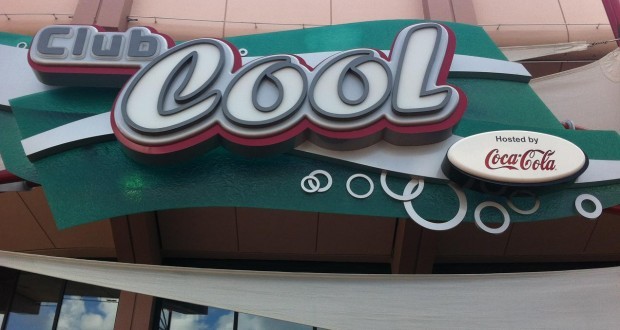 Club Cool at Epcot has updated its selection of free soda samples from around the world, replacing all but two of the current flavors. 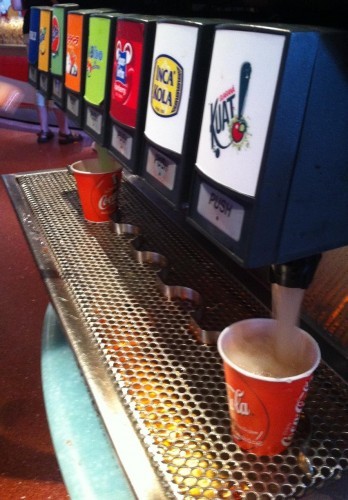 • Fanta Pineapple (Greece)
Fanta has more than 90 distinct flavors available in more than 180 countries. It made its European debut in the 1940s and was introduced to the USA in 1960. Fanta Pineapple is caffeine-free and features a sweet pineapple taste.

• Fanta Melon Frosty (Thailand)
Fanta is the number one soft drink of Thailand. With a fun melon flavor, this carbonated beverage is beloved in Thailand’s sunny, tropical climate.

• Sparberry (Zimbabwe): A raspberry flavored cream soda, Sparberry launched in Africa in 1955. It is exclusively available in several countries in southeast Africa.

• Inca Kola (Peru): Known as ‘The Taste of Peru,’ this soda has an unusually sweet fruity flavor that many compare to the taste of liquid bubble gum. The name ‘Inca Kola’ refers to the Quechua words for king and queen.

• Guarana Kuat (Brazil): Guarana Kuat is a guarana berry flavored soft drink first launched in Brazil in 1997. The word guarana comes from the Guarani word guara-na, which translates to ‘fruit like the eyes of the people.’

• Beverly (Italy): Beverly, with its bitter flavor, is a popular non-alcoholic aperitif that is a traditional part of Italian refreshment culture.

• VegitaBeta (Japan): Originally launched in Japan in 1992, VegitaBeta is a non-carbonated beverage with apricot and passion fruit flavors and is rich in beta-carotene that contributes to its unique yellowish-orange color.

All the drink stations at Club Cool are free to park guests. The area is hosted by the Coca-Cola company. 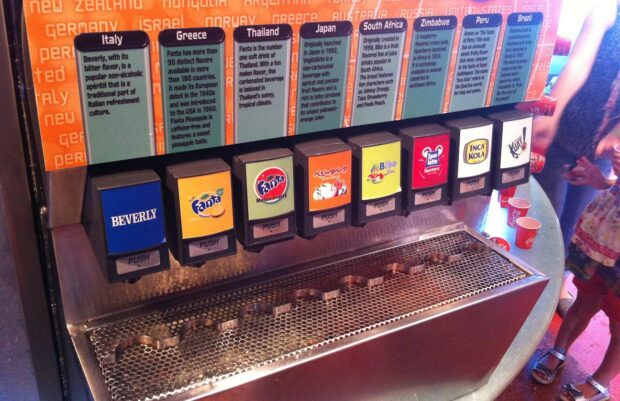 Good to see a guarana drink being offered, but many of my countryman will remark on how Kuat is not a very popular brand of guarana soda in Brazil (Antartica being the most popular one). And as for Beverly, the only reason to even have that in the lineup is so veteran guests can trick newbies into drinking it (“It’s delicious, you gotta try it FIRST”). The thing is revolting…