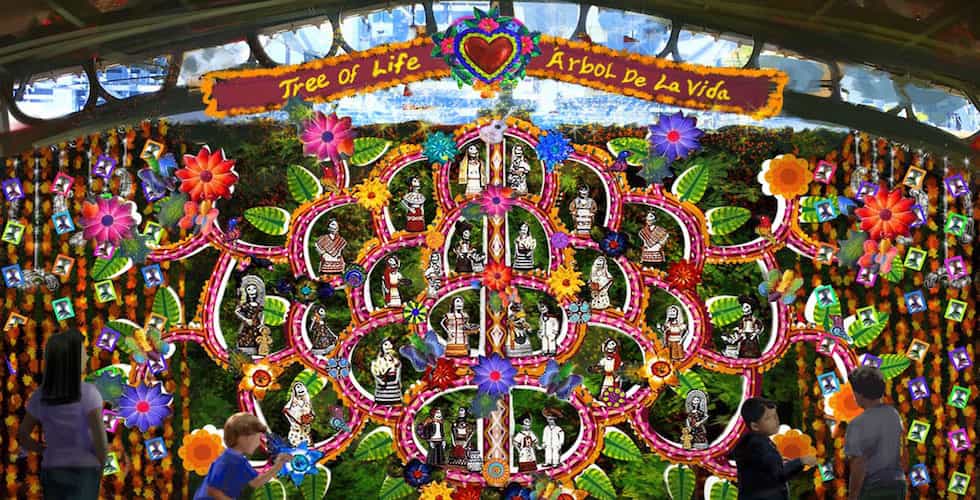 Starting Sept. 15, an all-new festive offering will take over Paradise Gardens in Disney California Adventure to celebrate the upcoming release of Disney-Pixar’s”Coco.”

Called “Plaza de la Familia,” this new offering is “A Musical Celebration of Coco,” according to Shawn Slater of Disney Parks Blog, that will feature storytellers and original songs from the film. Hosted by a singer named Mateo, the stage will come alive with a group of Folklórico dancers and the Grammy-winning Mariachi Divas as they perform three songs from the film.

Along with the performances of “A Musical Celebration of Coco,” guests can enjoy Mariachi music on the Paradise Gardens Bandstand, as well as a Tree of life interactive photo location, The World of Coco Exhibit, and a menu of Mexican offerings.

Plaza de la Familia will be available for guests to experience for a limited time as part of their celebrations for Día de los Muertos, from Sept. 15 through Nov. 2. Disney-Pixar’s “Coco” hits theaters on Nov. 22.

Check out the new trailer for the upcoming film below:

Stars in the Parks: Alfonso Ribeiro