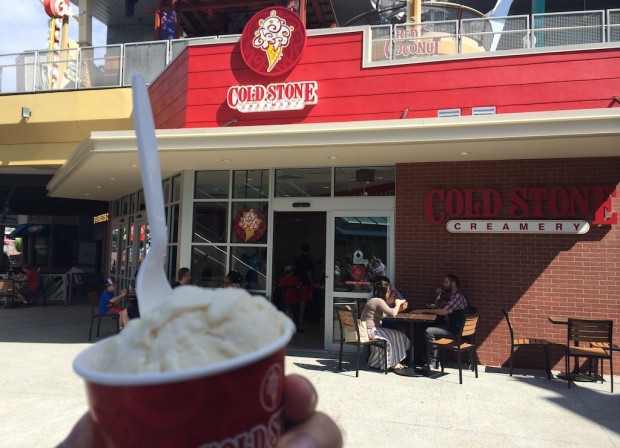 A brand new Cold Stone Creamery ice cream shop has opened in Universal CityWalk, and Starbucks has moved downstairs into a much larger location. 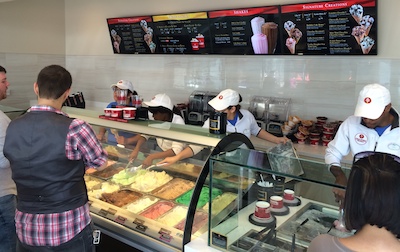 Cold Stone Creamery is an ice cream franchise that offers ice cream mixed on a frozen granite stone with your choice of toppings. They also offer cakes, smoothies and shakes. The ice cream can be served in a cup or a waffle cone. In addition to choosing your own toppings, they offer a number of creations that include select ingredients such as the Founder’s Favorite and Birthday Cake Remix. 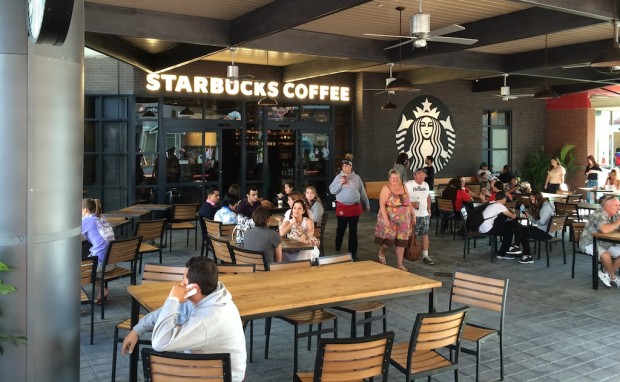 Also opened this week is a brand new location for Starbucks in CityWalk. Starbucks closed its location on the second level on Thursday night and reopened in their new location downstairs the next morning.

The new Starbucks is much larger than the previous location and now offers a large outdoor seating area, in addition to indoor seating. 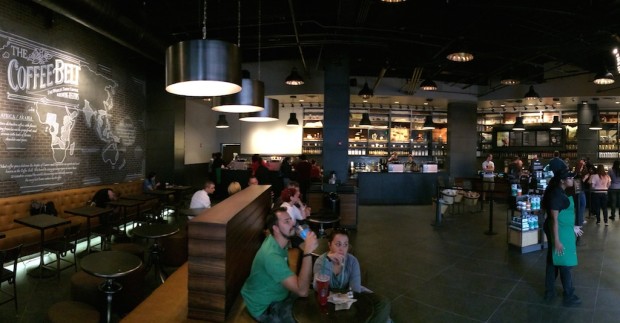 Both Starbucks and Cold Stone are located in the former Endangered Species store spot and both offer discounts to Universal passholders.

Universal’s Epic Universe to open in 2023