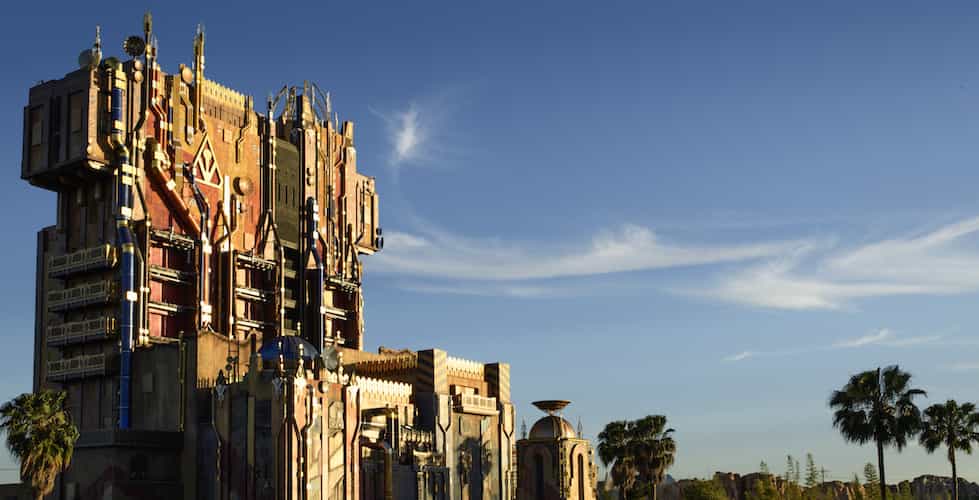 Guardians of the Galaxy – Mission: BREAKOUT! opens May 27 at Disney California Adventure.

This massive, metallic building is the home of the Tivan Collection, where guests will soon be able to revel in the items that Taneleer Tivan has been gathering over time, including his newest additions: the Guardians of the Galaxy.

The show building itself glimmers in the sun, covered with pipes and metallic work, contrasting with some of the corroded metal exposed by decay. Rising and falling gantry lifts can be seen through doors revealed by decay and possibly even blasts and laser fire. From its appearance, one wonders if this fortress has been the subject of attack. 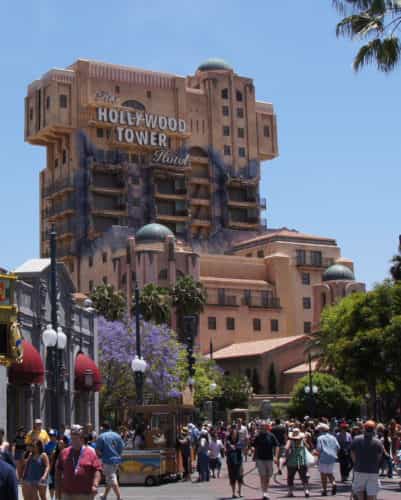 The former Tower of Terror attraction was a staple of Disney California Adventure before it was re-themed to “Guardians of the Galaxy.”

Being the former show building for The Twilight Zone: Tower of Terror, this new structure holds that same mysteriousness of its predecessor, while bringing in a new age of adventure and terror as its guests enter what awaits them inside.

See Taneleer Tivan’s collection for yourself when Guardians of the Galaxy – Mission: BREAKOUT! opens at Disney California Adventure on May 27.

Check out our video below of the ride announcement from San Diego Comic-Con 2016: