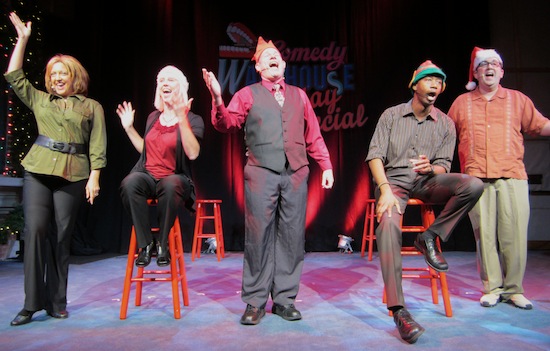 The once popular Comedy Warehouse at Pleasure island in Walt Disney World is making a comeback – but it’s moving to Disney’s Hollywood Studios and for one week only. 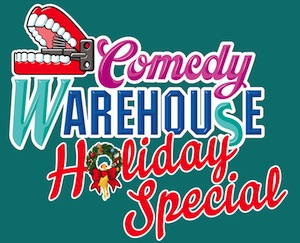 Comedy Warehouse was one of the many nightclubs inside Pleasure Island that closed a few years ago. It featured a handful of comedians performing improve skits based on audience suggestions. The Comedy Warehouse Holiday Special at Hollywood Studios will be run the same way but with shorter shows, a holiday theme, and of course, all family friendly. 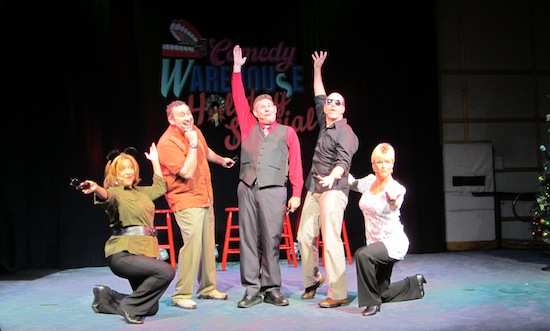 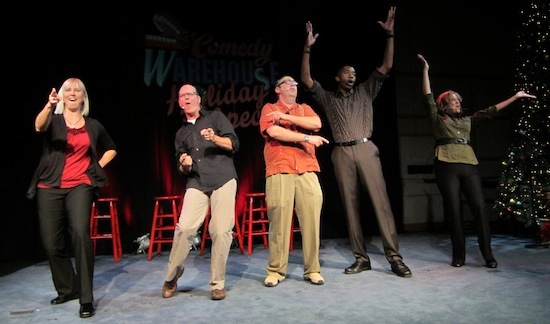 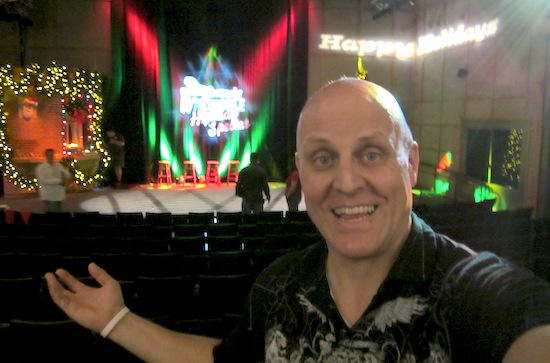 Musician John B. deHaas shows off the new set. Photos by deHaas.