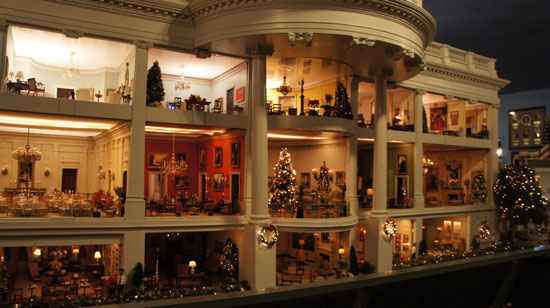 The House of Presidents in Clermont, Fla. (just outside Orlando) has a beautifully detailed model of the White House. The model is currently decorated for Christmas, and it may be something interesting to see during the holiday week. 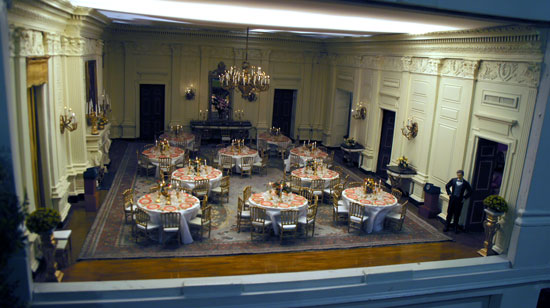 The model is often on loan. It returned to display in Clermont on July 2. It had been continually on tour for 10 years. Among its tour stops have been three visits to the Ronald Reagan Presidential Library in California. This is the State Dining Room of the model, as seen in July.

This is the State Dining Room decorated for Christmas. 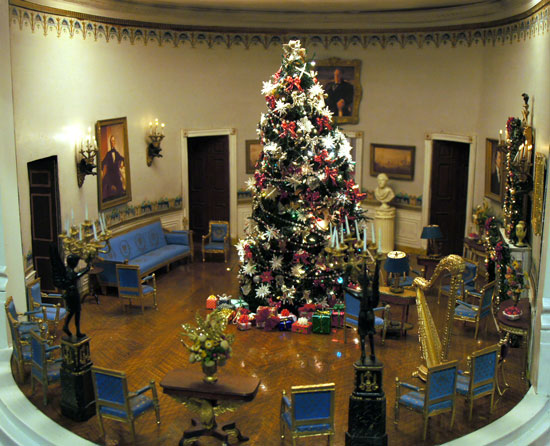 The Blue Room for Christmas.

Part of the model’s fame is its level of detail. Over the decades, the model builders have had unprecedented access at the White House to measure rooms and placements. 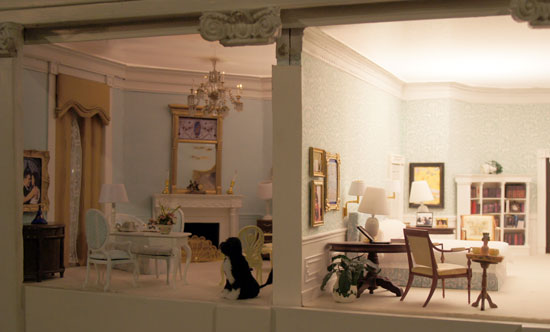 The model builders keep in touch with the White House to make sure that the model is always in sync with changes in furniture, wall covering, and flooring. 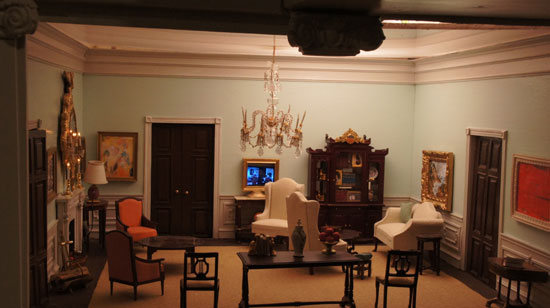 The model is also updated to match the seasonal changes. Here is the President’s Study in July, and below is the Study as decorated for Christmas. 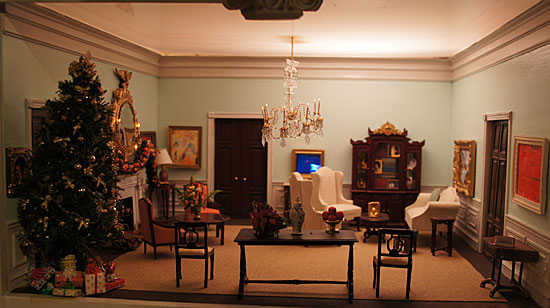 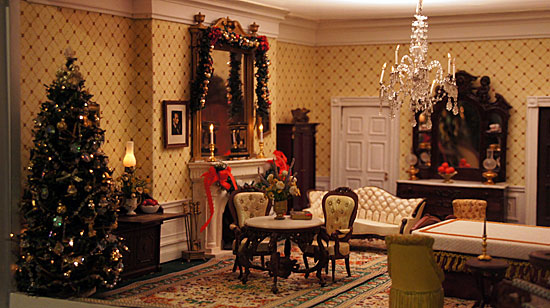 The Lincoln bedroom decorated for Christmas. 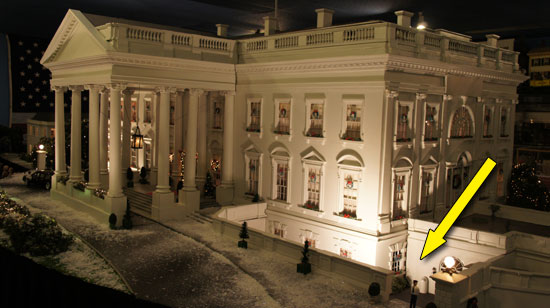 Did you know that the White House has these sunken areas on either side of the North Portico?

At the real White House, there’s no indication of the sunken areas. Photo from April 2009. 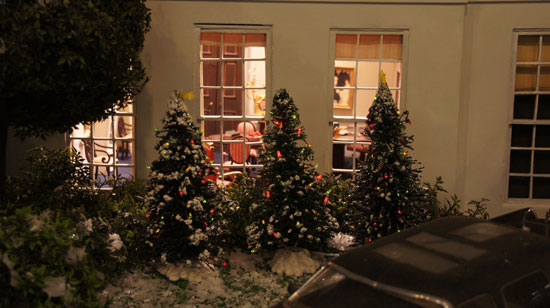 Rooms in the model behind windows are just as detailed. 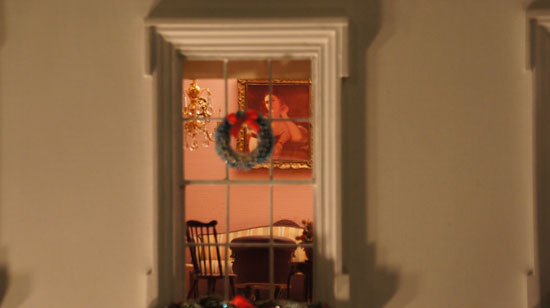 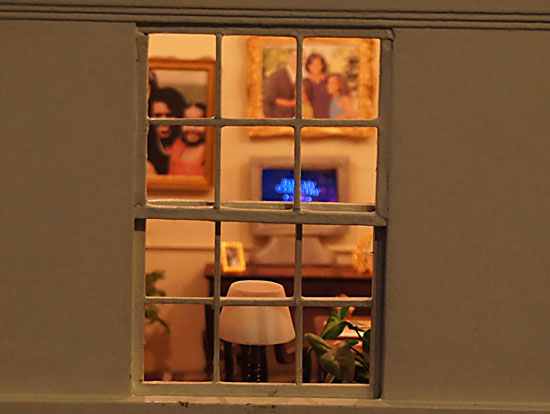 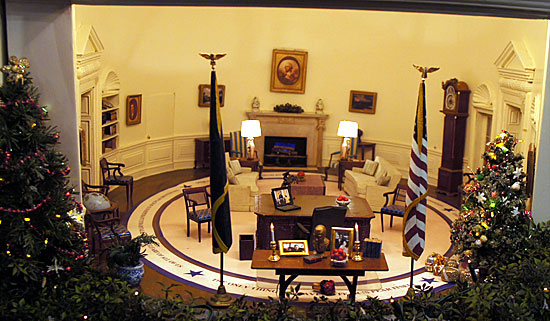 The Oval Office at Christmas. 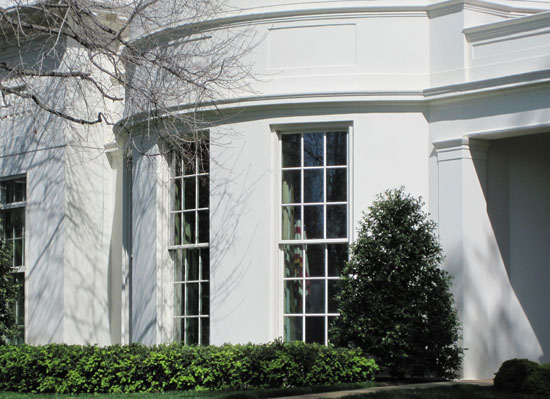 The real Oval Office, as seen in April 2009. Note the American flag here, and as seen in the model.

The model displays other rooms seen often in the news. At left is the Cabinet Room, at right is the Press Briefing room. In the foreground is the Rose Garden (note the snow – it’s December!). Out of frame to the left is the Oval Office. 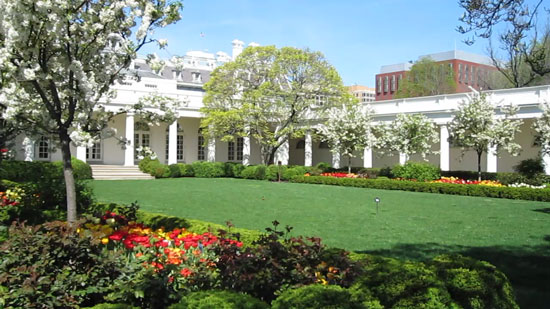 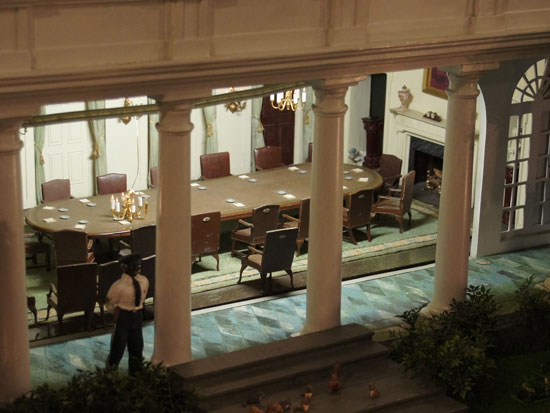 The Cabinet Room in the model, as seen in July. 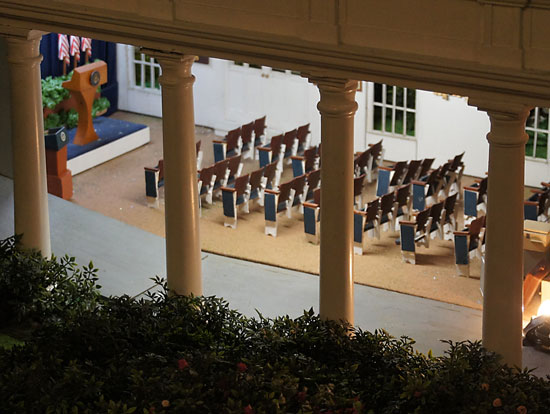 The Press Briefing Room in the model, as seen in July – note the roses. 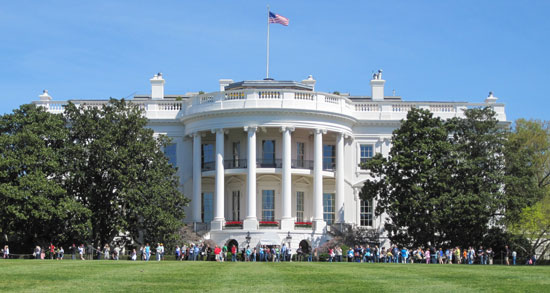 The South Portico is where the President usually welcomes dignitaries and international leaders to the White House. 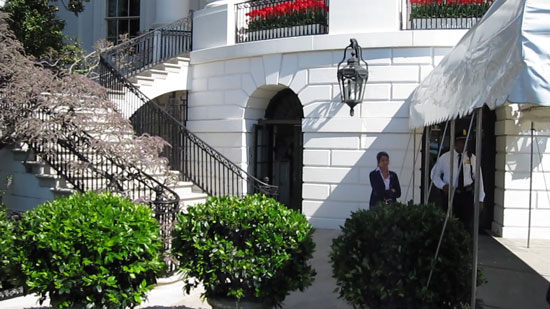 At the base of the South Portico. Behind these doors is the Diplomatic Reception Room, as seen in the model below. 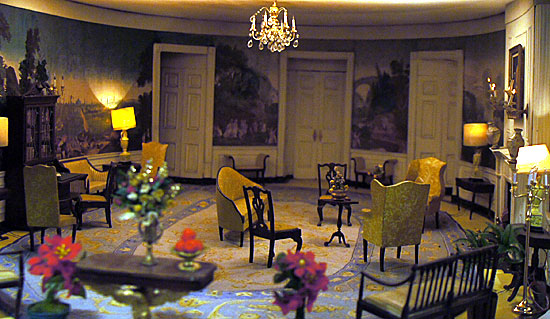 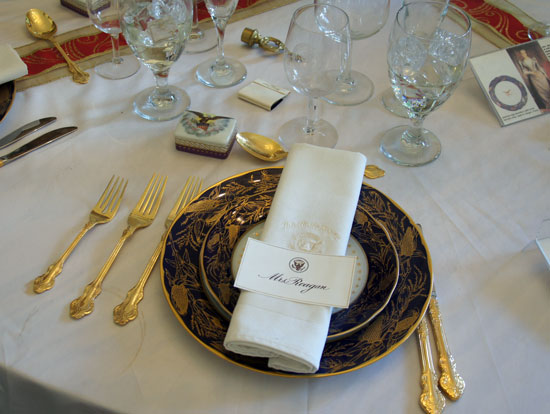 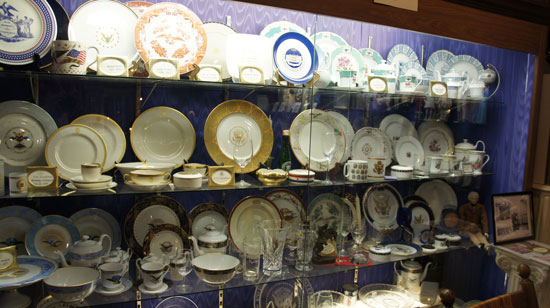 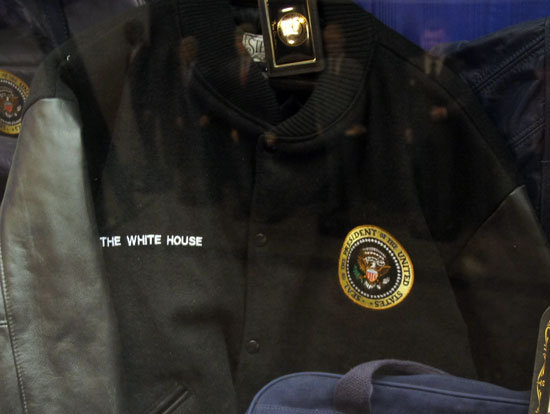 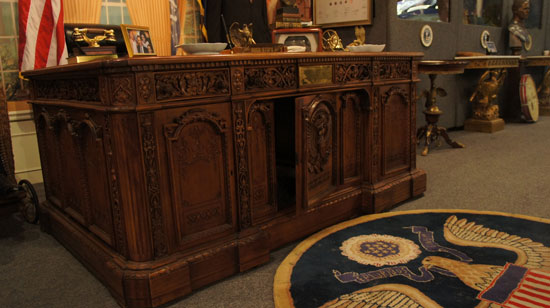 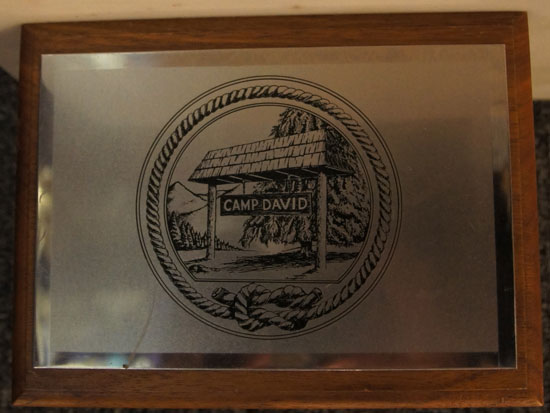 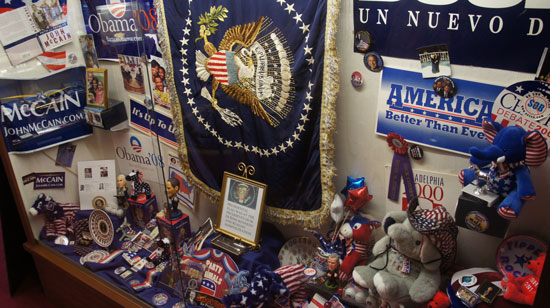 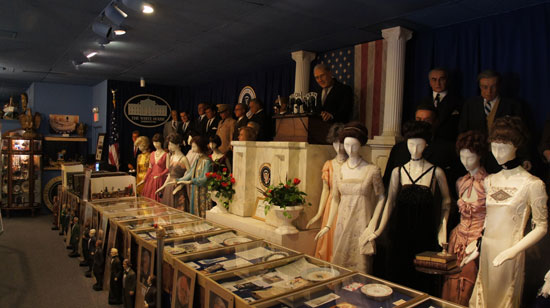 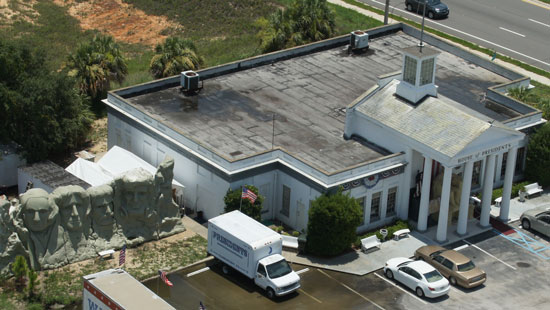 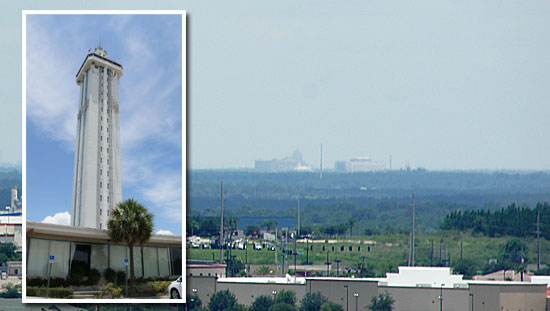 The House of Presidents is near the Citrus Tower, a separate classic Florida attraction, where you may be able to spot Walt Disney World many miles away. 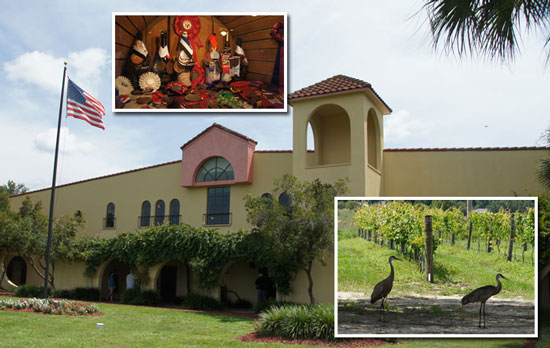 Several miles north on U.S. 27 is the award-winning Lakeridge Winery, which has a tour and wine tastings.

Roller coaster fans can get their caffeine fix...

This Disney-themed wedding is a theme park-lover’s dream

‘Home for the Holidays at Carolwood’ exhibit returns...