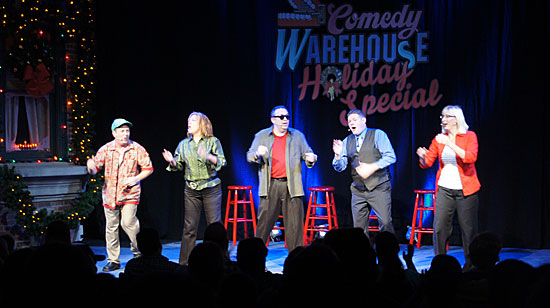 Dozens of Pleasure Island fans were the first in line for the debut of the limited Christmas week run of the Comedy Warehouse Holiday Special at 11:30 a.m. Christmas morning. A dozen of the fans got right back into the queue for the next show, and two of the fans planned to attend all six scheduled shows that day. 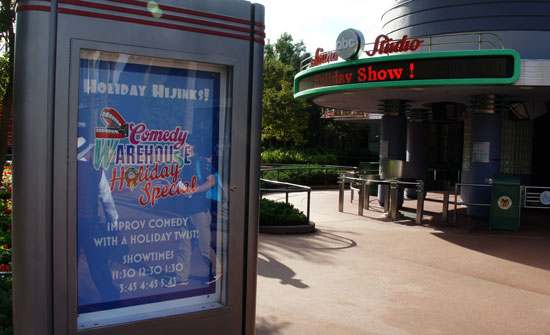 The show is at the ABC Sound Studio theater. 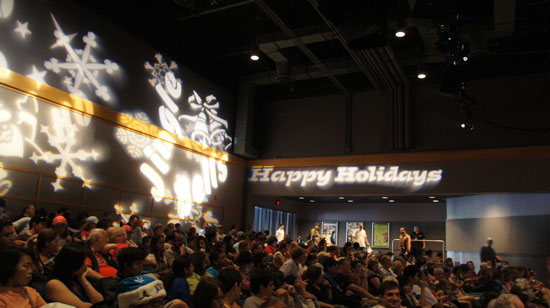 A full house. Guests arriving near showtime could stand in the rear of the theater if they wished. 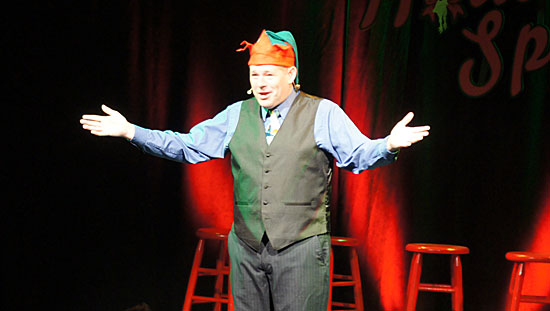 The improv show varies greatly. Expect each experience to be different.

In the very first show, a member of the group came out to greet the crowd and explain how the show would work. Expect the unexpected, and they need the audience to participate. “Please shout out when we ask for your suggestions.” 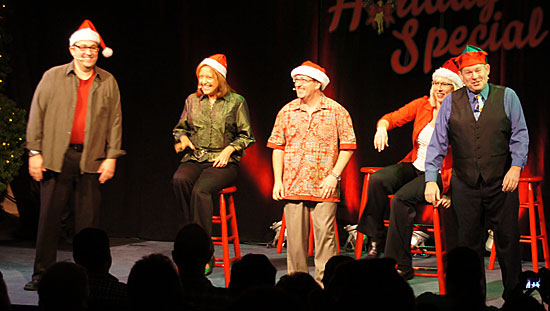 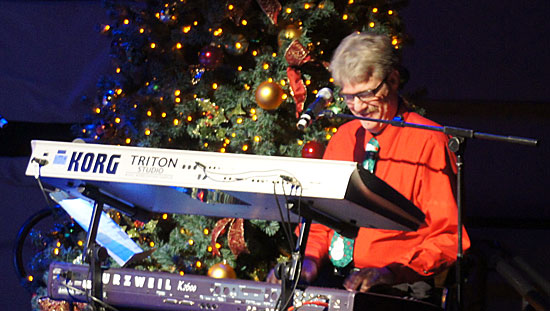 All of the show performers have worked at the Comedy Warehouse at Pleasure Island. They all also have roles elsewhere at Walt Disney World. If you’ve been to Comedy Warehouse back in the day, you might recognize some of the performers or the keyboardist. 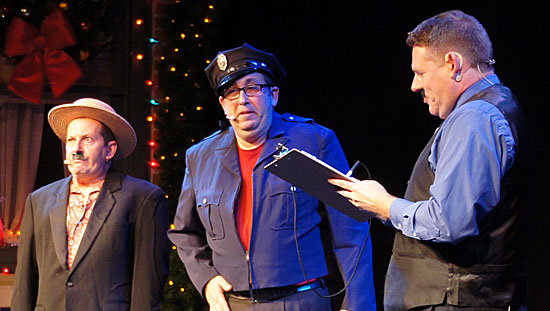 The show continues into improvisational skits, all based on scenarios or details provided by the audience. Sometimes members of the audience are brought on stage to provide thoroughly unexpected twists in dialogue and scene. Here, the two performers at left are contestants on a game show, spoofing the real occupations of audience members.

This was a talk show improv. 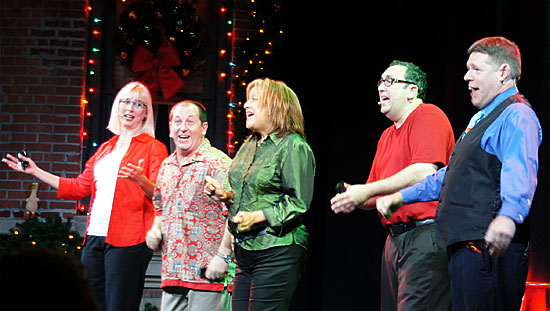 The show is good fun – a laugh a minute! You can tell the performers are enjoying the opportunity for quick-thinking twists on words and loving the audience laughter in response.

A reason to return to the parks on a regular basis once again! A great time had by all. Hope this was the start of many more to come!

It has been standing room only for every show!! not just the first.

Do they do this every Christmas season? If so I want to put it on my things to do for my next Christmas trip.