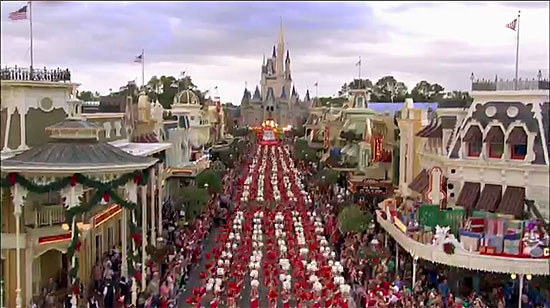 If you missed the live broadcast of the annual Disney Parks Christmas Day parade, it is now available online. 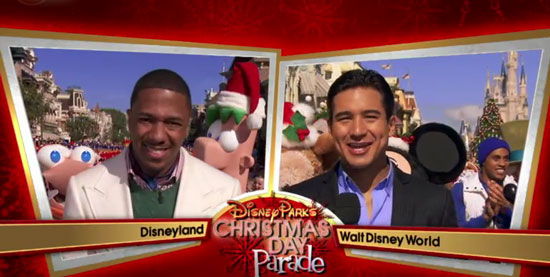 Two of the four hosts are Nick Cannon and Mario Lopez. 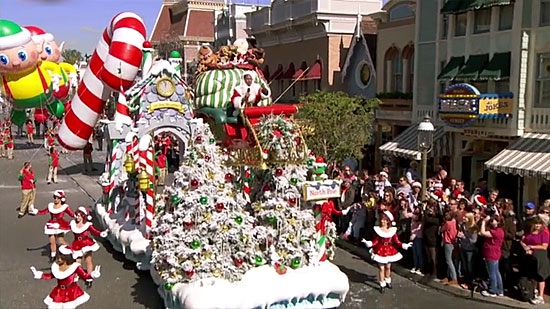 The show has segments at both Disneyland and Walt Disney World. Nick Cannon is seen here riding a Disneyland parade float. 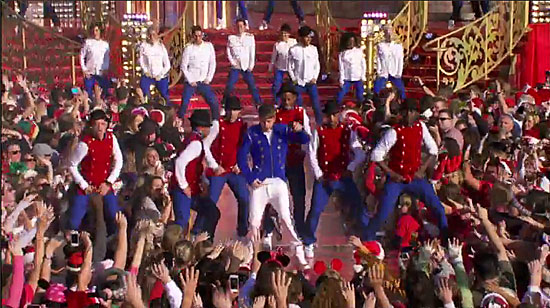 One of the stars performing in the show is Justin Bieber. 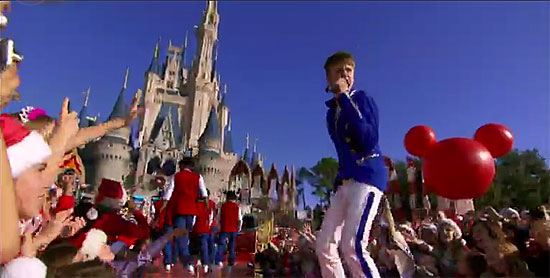 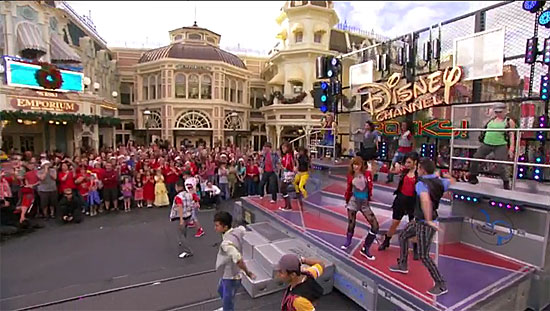 Another special appearance at the Magic Kingdom was the Disney Channel Rocks stage, normally seen daily at Disney’s Hollywood Studios. 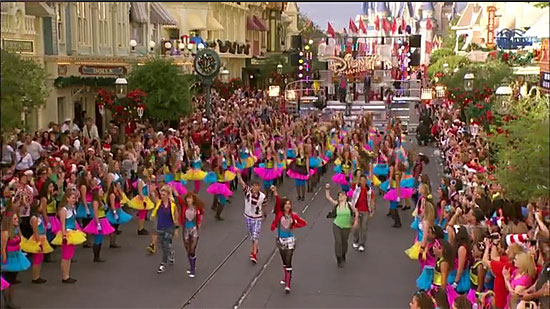 Zendaya and Bella Thorne from the Disney Channel “Shake it Up” show sang with performers from the Studios show. 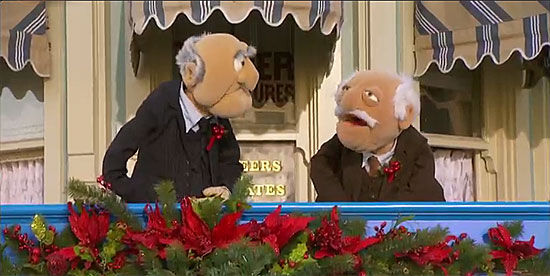 Statler and Waldorf from the Muppets review the parade from this booth above the Emporium. 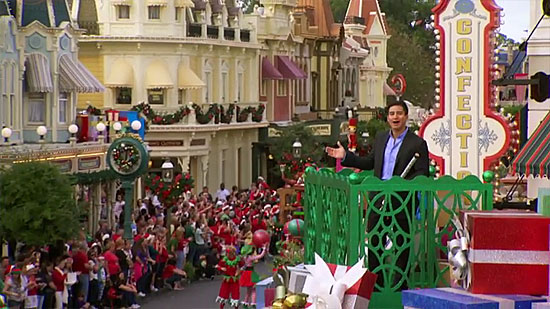 Mario Lopez reviews the parade from the street and from this booth. 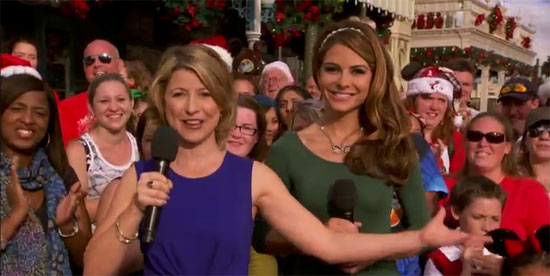 Also reporting from the street is Maria Menounos, and Samantha Brown does reports from new and upcoming Disney Attractions. 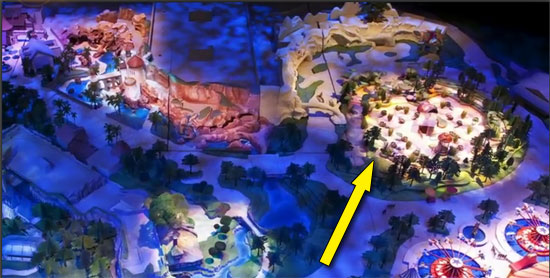 Samantha Brown’s report on the Fantasyland Expansion shows a quick shot of an early concept model (17:50 in the online video). The arrow points to a Pixie Hallow concept. It’s interesting to see this idea was considered, because today this area is being developed as part of Storyboard Circus.

Click Here or on the graphic below to watch the parade at ABC.com. 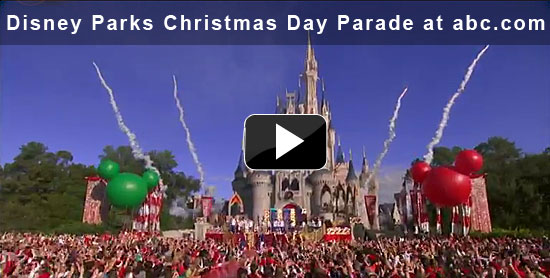 (Keep an eye out for Orlando Attractions Magazine – The Show host Banks Lee in the background of several shots.)

Here’s our video of some highlights from the parade. You’ll notice a blooper with Mario Lopez that wasn’t in the show.