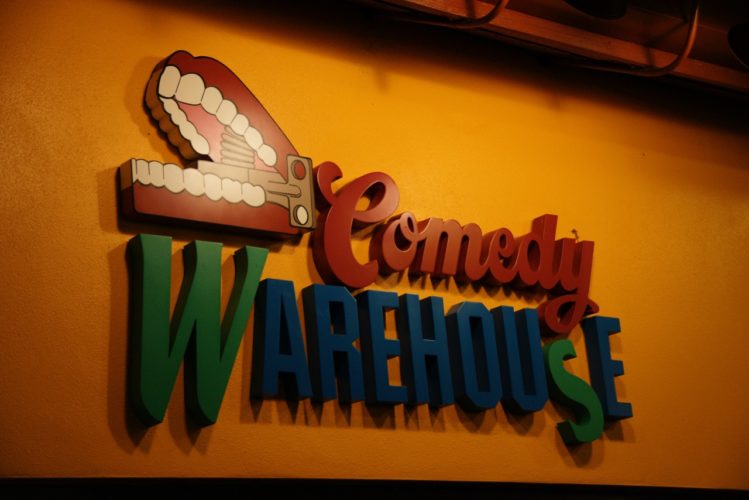 The Comedy Warehouse reunion is coming to the Anaheim Disneyana convention on July 15.

Their original Orlando home may have recently been rebuilt as Disney Springs’ newest upscale steakhouse, but alumni of Pleasure Island’s much-missed improv attraction will be making a rare west coast appearance at the Comedy Warehouse reunion show recently announced for July 15 at the Anaheim Disneyana Convention.

This reunion show will be the first of its kind in Anaheim and will feature alum from Comedy Warehouse and The Adventurer’s Club, including; Jen Bascom, Greg Triggs, Megan Whyte,
Sue Peahl, and Matthew Loren Cohen on the keyboards. The performance will be a family-friendly improvisational comedy show that promises lots of guest interaction, singing and more. 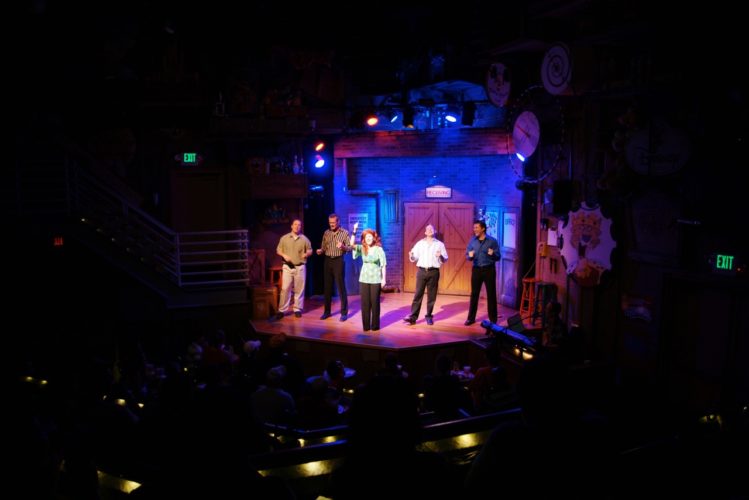 Returning cast member Greg Triggs, who will be sitting in on the Author’s Panel (Thursday, July 14 at 10:30am) to talk about his brand new novel, The Next Happiest Place on Earth, says “All of us are excited for the reunion in Anaheim. We’ve missed performing together since we left the Comedy Warehouse.”

The Comedy Warehouse reunion is scheduled for Friday, July 15, 2016 from 3:45 to 4:45pm at the Wyndham Anaheim/Garden Grove California (12021 Harbor Blvd., Garden Grove, CA 92840). Tickets information can be found at http://disneyanafanclub.org/DisneyanaMania.

My wife(Terry) and I(Dick) live near Orlando, in a Del Webb community in Davenport. We are going to the Disneyanna Convention in California. Will anyone be representing your Attractions Magazine at the convention or the Show & Sale? Would like to meet them.
Our Del Webb community is in the process of starting a club of Disney Enthusiasts. Hope to have that up and running this Fall. We have about 450 homes here and will have over 900 when built out. Seems about 3/4 of the residents have annual passes of some sort. Your magazine and web site would probably be of interest to many of our future club members.
Hope to see you in California.

Unfortunately we won’t be there.