Comparing details in the original and Disney’s Hollywood Chinese Theater 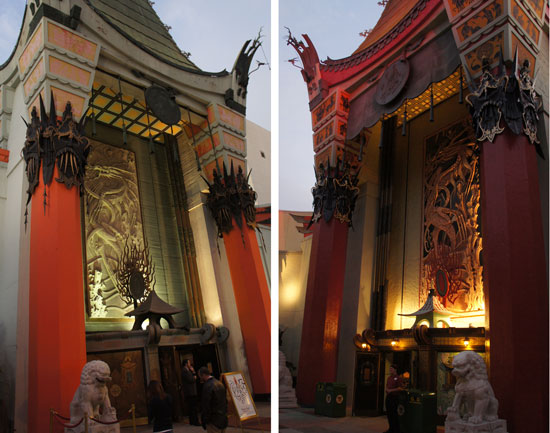 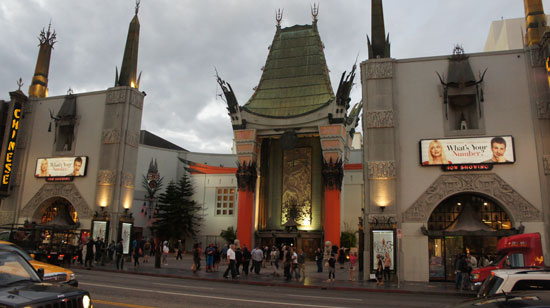 The two theaters are in very different locations. Notice the difference in signage. 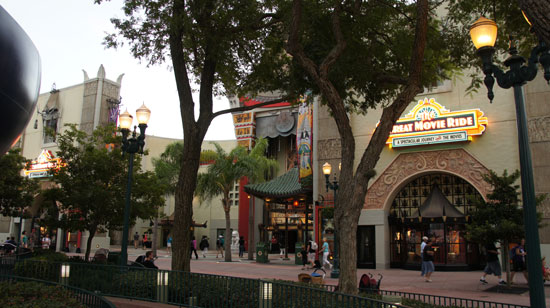 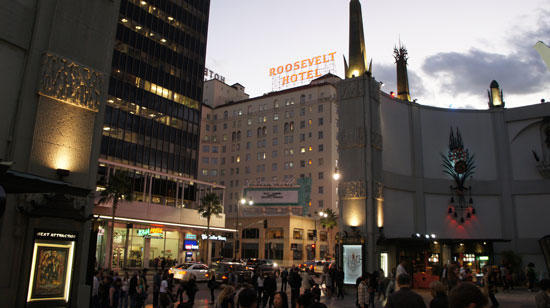 The views from within the theater courtyards are also very different. 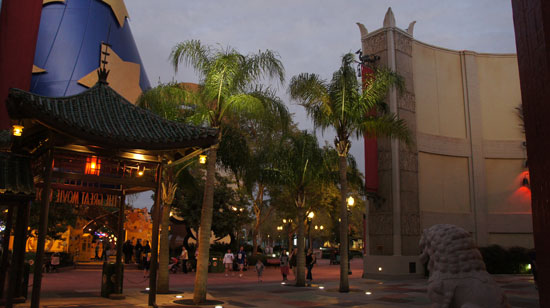 Notice that the Disney version is missing spires at the end of the courtyard entry walls. 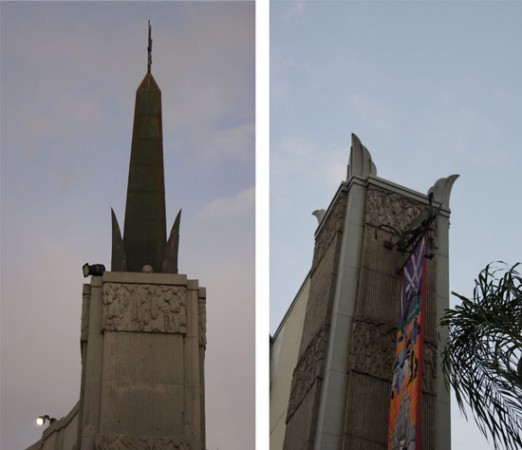 The replica in Florida originally had spires. One of the spires would actually descend during the nightly fireworks show, in preparation for a large inflatable Sorcerer Mickey that appeared in the finale. The spires were removed sometime after 2001 when the Sorcerer Mickey hat icon was added. 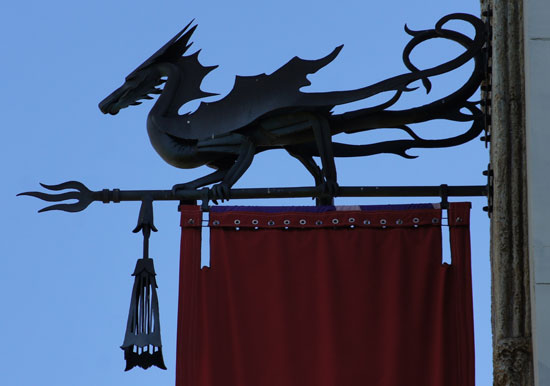 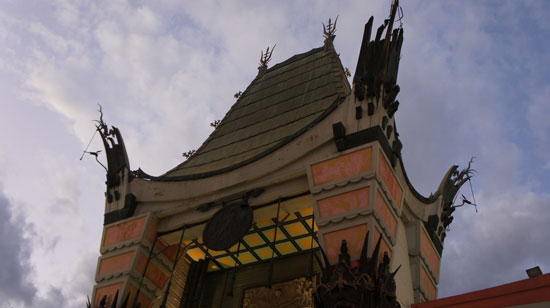 The original is above, and notice how the replica below has a curtain behind the medallion. Notice also the difference in the ceiling details, and the corner details. The theater in Florida is probably very close to how the original theater looked when it was built. 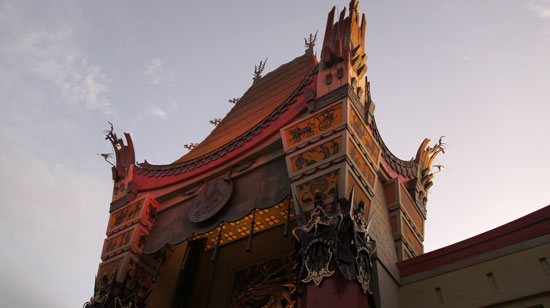 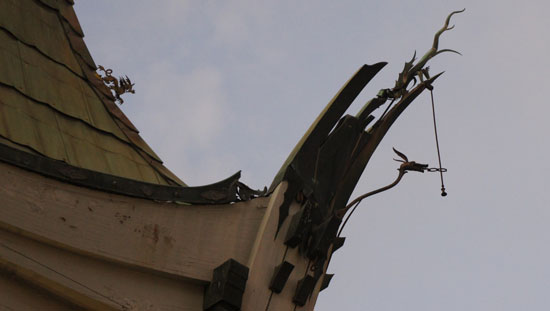 The corner dragons on the original, above, have some additional ornamentation. 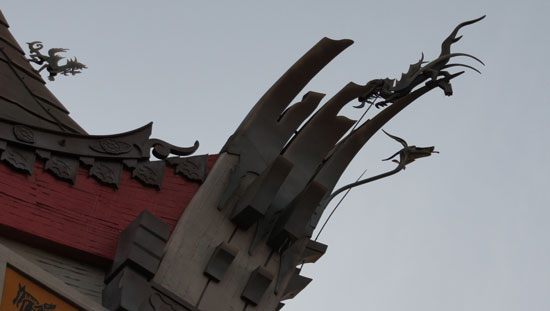 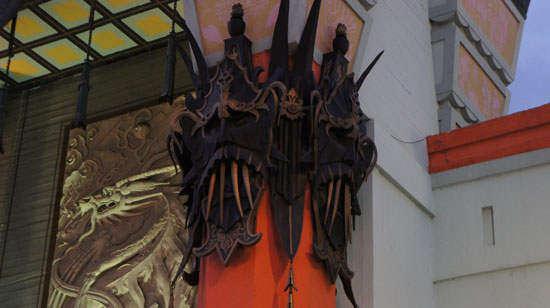 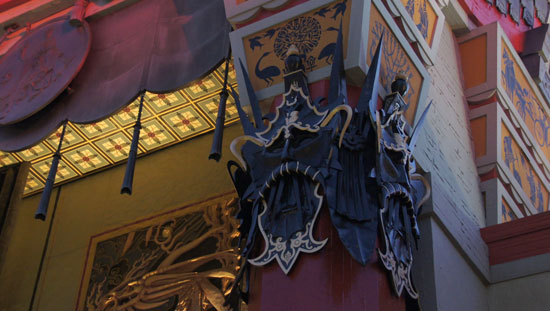 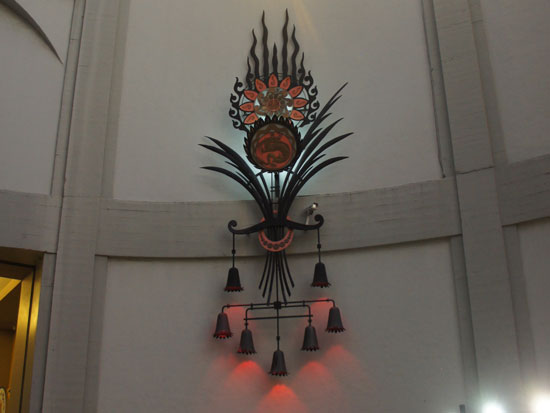 These lamps are also similar, but you should see a handful of differences. The original is above. 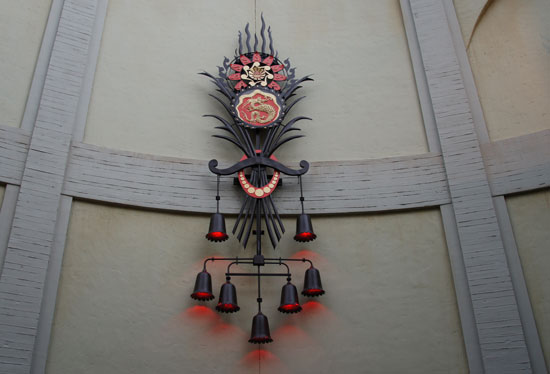 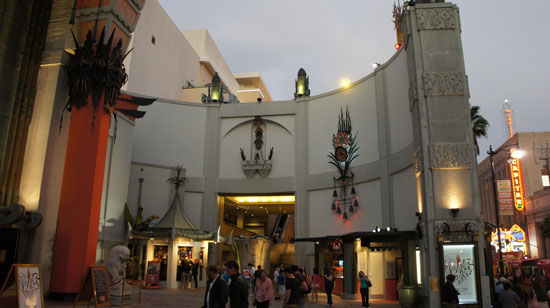 The two courtyards seem to be mirror image of each other. This is the view looking east. Note the kiosk in the original, above. 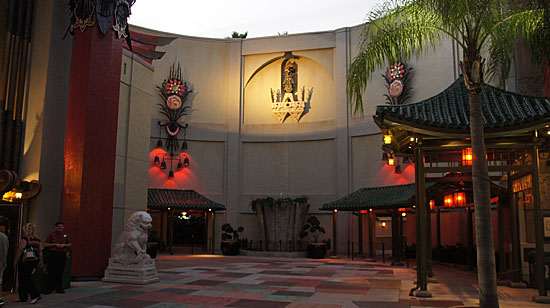 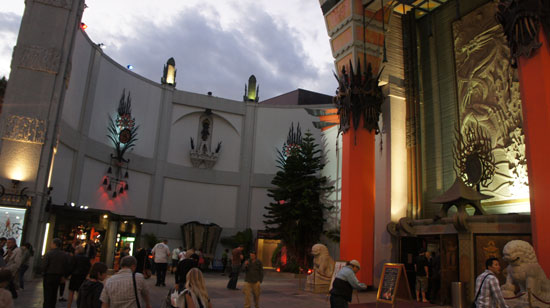 And these are the courtyard west views. Notice that the kiosk in Florida is here, instead of on the east side. 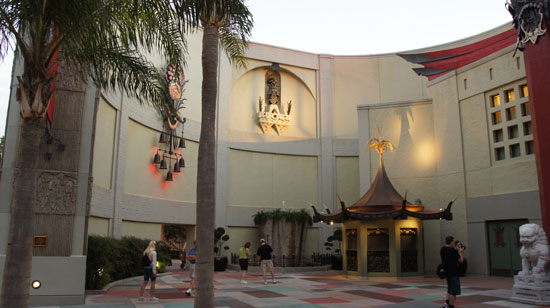 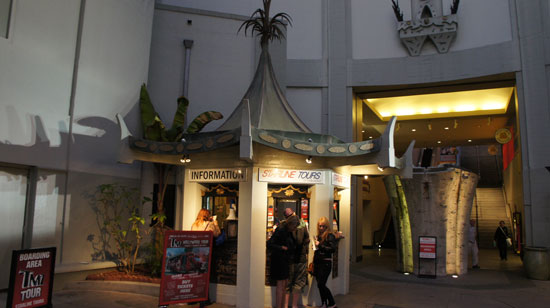 The stairs seen above right lead into a mall that was built several years ago. 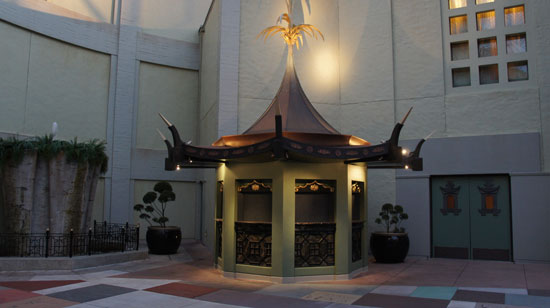 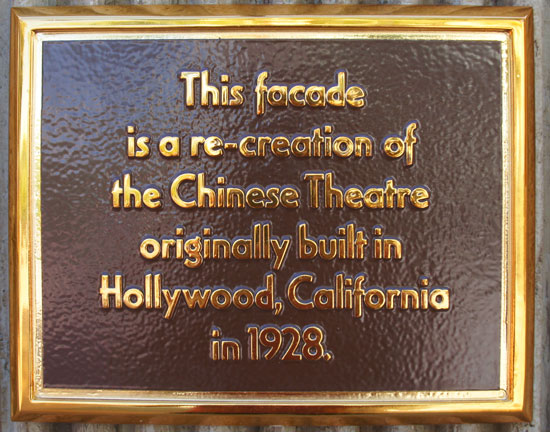 The original theater is as old as Mickey Mouse. 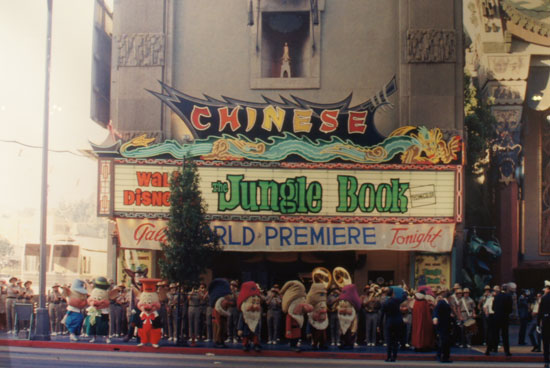 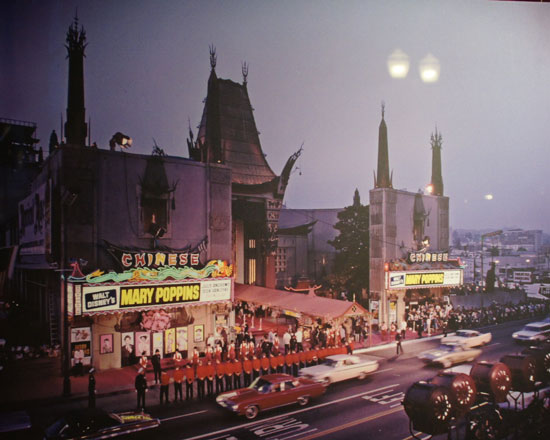 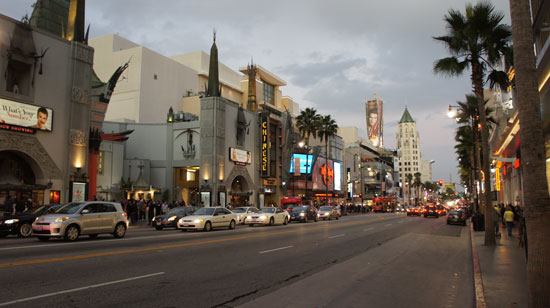 Just steps away from the original Hollywood Chinese Theater are three other well-known Disney-related theaters. 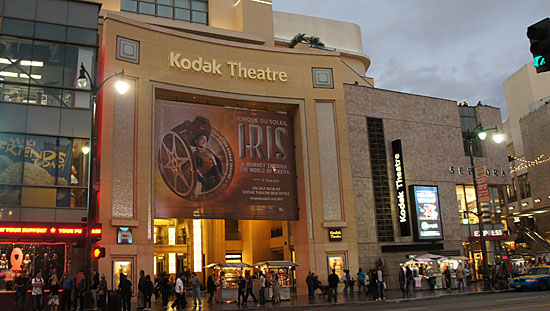 The Kodak Theater, where the Academy Awards are broadcast on ABC each year. Cirque du Soleil has a new, very good show in the theater called Iris. Forty million was invested in excavating the space beneath the stage for elaborate set pieces that are seen in the show. 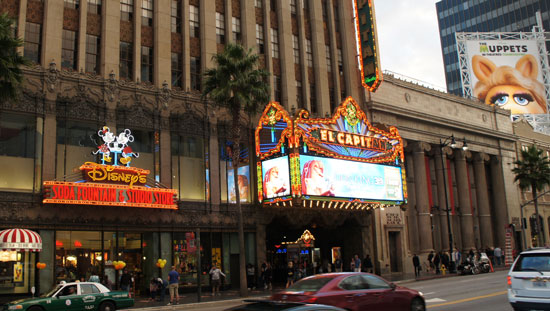 The El Capitan is where Disney hosts the newest Disney films in grand fashion, often with a play area themed for the new movie. Seen here is one of the last nights for Lion King in 3D. 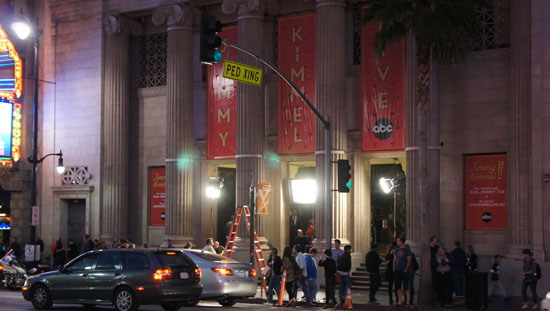 Directly adjacent to the El Capitan is the Jimmy Kimmel Live show. The show often does location shots on the street, as seen being set up here. 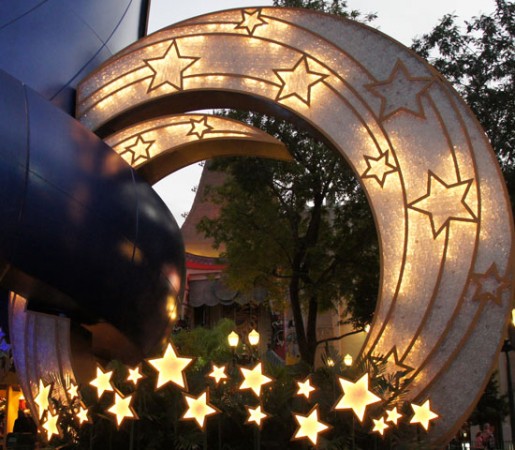 Why not add the spires again. They looked wonderfull!
And yes, the person responsible for the stupid hat should be fired together with the hat.

Having done some artwork for the theatre in the Studios, I learned that the WDW version’s paint colors and designs are based on the appearance of the theatre during the Golden Age of Hollywood, not recent years, which you acknowledge. Some elements were left off intentionally as well. And, agreed, the hat needs to go!