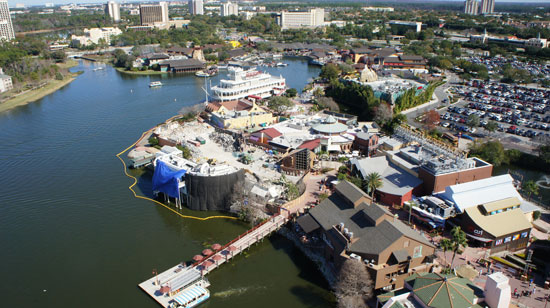 Changes are well underway to transform Pleasure Island to the Hyperion Wharf restaurant district, and the Characters in Flight balloon ride is a terrific way to see the progress. 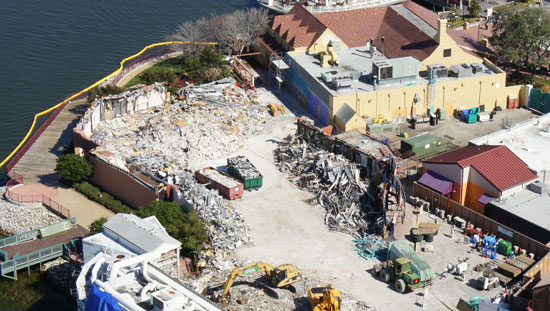 This was the site of the Motion nightclub. It appears the building material has been separated by type for earth-friendly recycling. 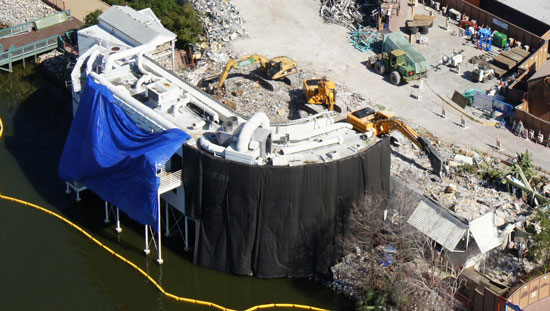 This was the Rock ‘n’ Roll Beach Club. It seems to be about 60 percent gone. The club originally had an oval rollerskating rink, and you can see how a portion of the building for this oval is still standing. 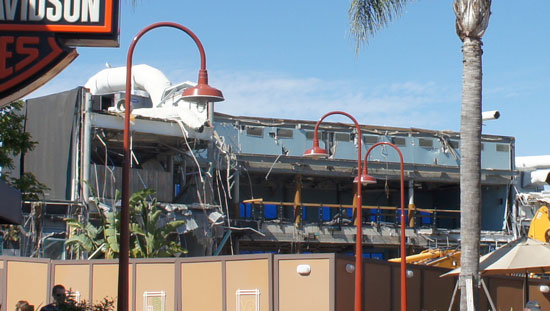 This is a look at the Rock ‘n’ Roll Beach Club from ground level, near the former Mannequins nightclub. In its last years open, the floor area pictured had table games like air hockey and foosball. 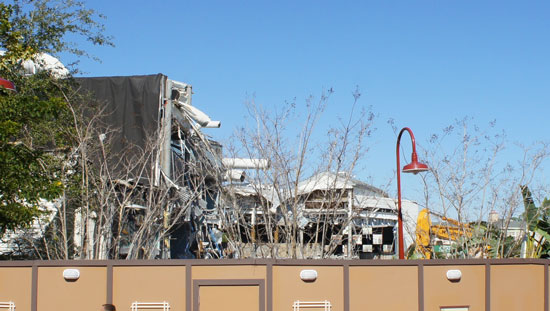 The remainder of the Rock ‘n’ Roll Beach Club as seen from the Pleasure Island hill. 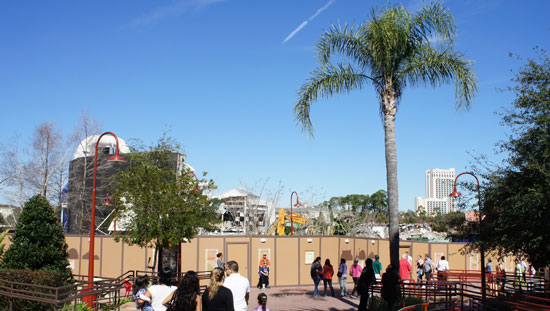 A wider view of the demolition area from the Pleasure Island hill. Another change in this view is that the Buena Vista Palace hotel is now visible. The Motion building used to block the view of it. 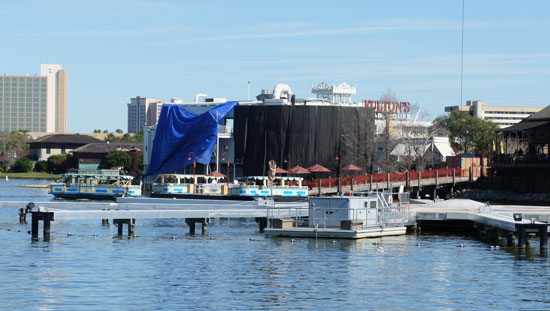 The Rock ‘n’ Roll Beach Club as seen from Downtown Disney West Side. The black cloth covers what used to be a glass exterior. In the foreground is the Characters in Flight launch platform. Note the vertical cable up into the air at right.

More views and comparisions to how things used to look before the demolition can be seen in this video:

Disney Springs update, seen from above, in...