I don’t make it down to Cypress Gardens as often as I’d like to, even though it’s just a 45-minute drive from the Disney area. The last time I visited was last December, so quite a few things have changed. Here’s what I noticed during my day. 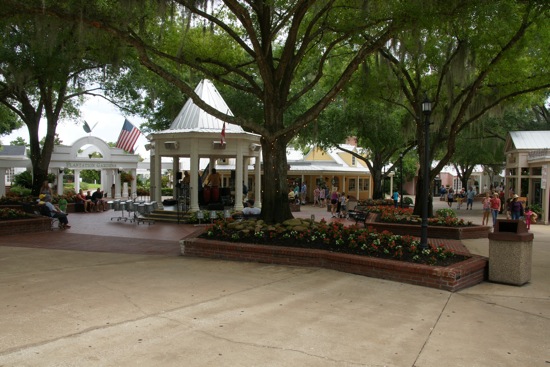 Some musicians were playing in the gazebo when we arrived. 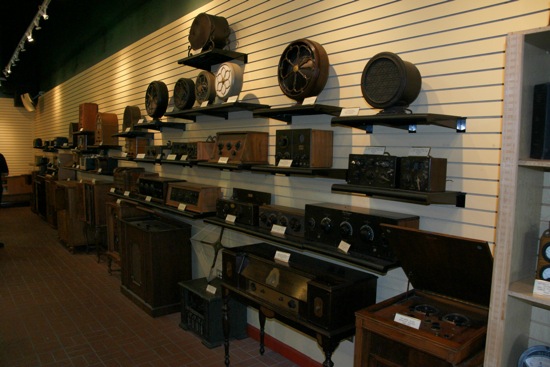 What used to be a store and a very cool model train display is now a radio museum. An employee nearby told us they had to close up the model train area because some people kept stealing parts of the trains and display. It’s too bad a few people spoil it for the rest of us. 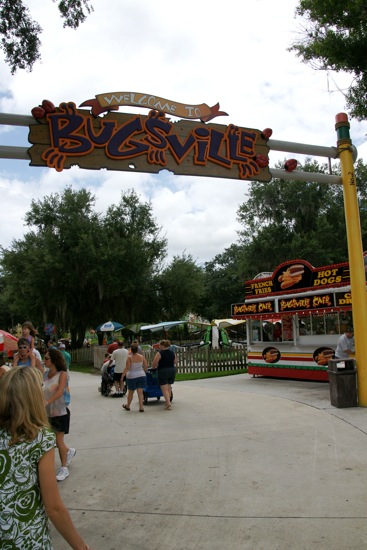 This new sign welcomes guests to Bugsville, their name for the kiddie rides area, although you’ll also find this in that area… 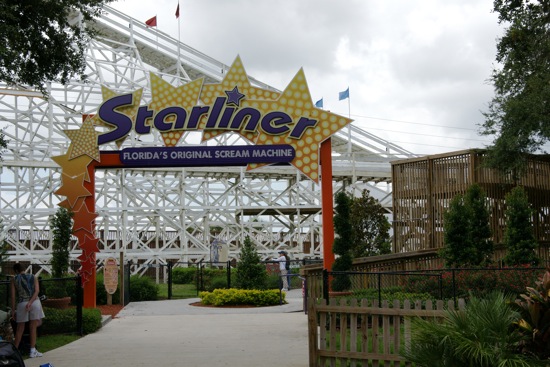 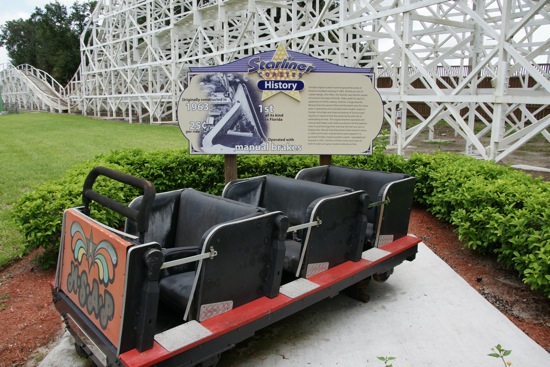 The classic Starliner Coaster was built in 1963 and recently moved and reassembled at Cypress Gardens. I took a ride and it was short but fun. It was a bit rickety but I guess that’s the fun of a wooden coaster. Thank goodness for seat belts as I hit a lot of air. I think I was out of my seat more than I was in. 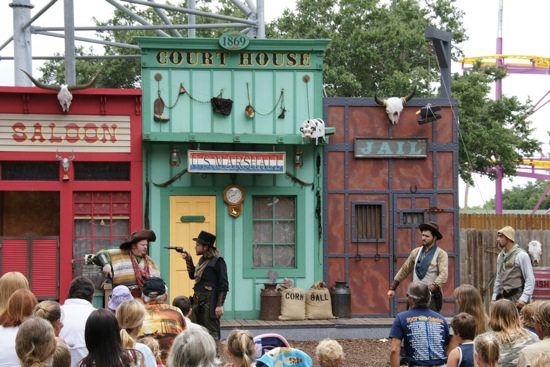 The Wild West Comedy Show was going on when I passed by. I guess no one told these guys they’re supposed to leave their firearms locked up in their cars. 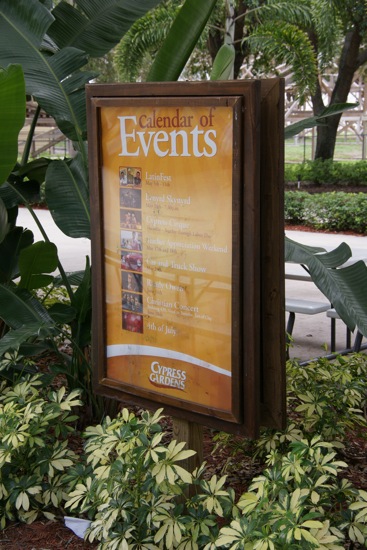 There were a few of these signs around telling what was upcoming. The problem is that they’re all over with now. Time for an updated sign. 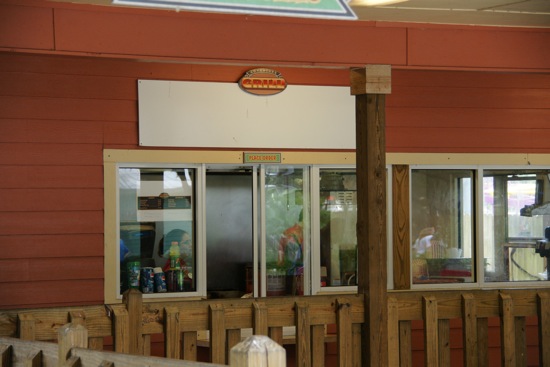 I saw a couple of restaurants with blank menu signs like this one. I assume they’re having new ones made as they update their menus. 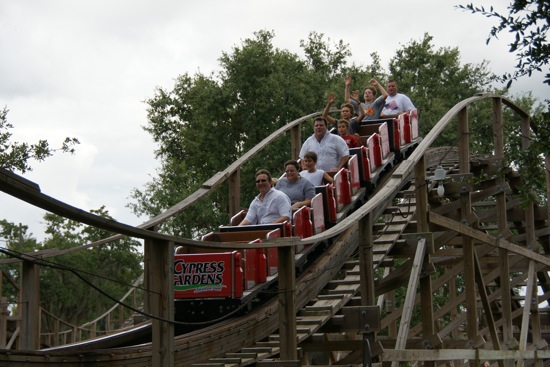 Even though it is the middle of summer, there still weren’t many lines, which is great. Their other wooden coaster, Triple Hurricane, had no line at all, as you can see by the empty front rows. 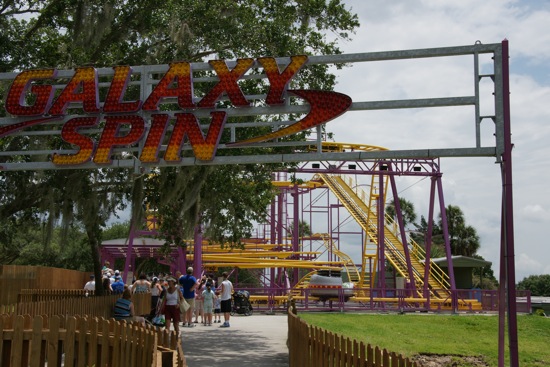 The Galaxy Spin ride is just like the Primeval Whirl ride at Animal Kingdom. It’s a lot of fun but my body didn’t feel like spinning yesterday so I skipped it. 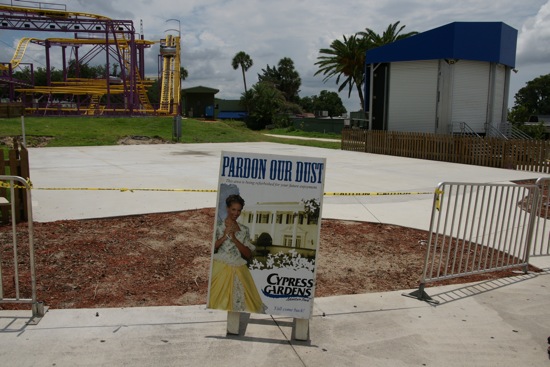 This used to be a pretty neat bouncing, spinning ride. I’m not sure what’s going in its place. On down from this I noticed another missing ride replaced by a basketball win-a-prize game. 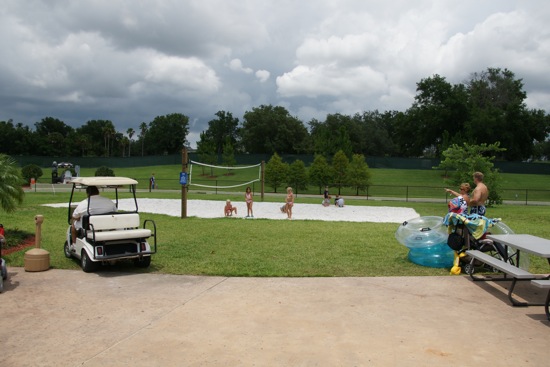 Their great Splash Island Water Park that’s included with admission was closed down a short while yesterday because of some thunder clouds that passed by. This beach volleyball court near there was entertaining some kids as a giant sandbox. 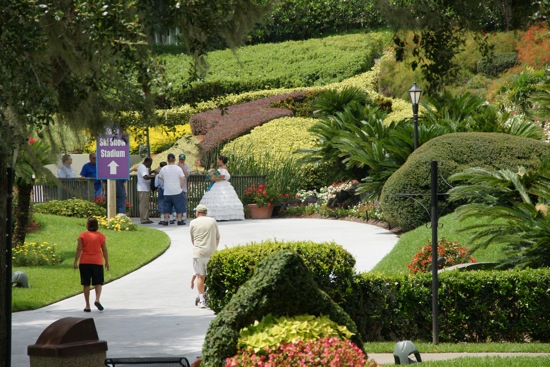 The Topiary Trail garden had the classic ladies in large dresses (Southern Belles) strolling through in the late afternoon even though they were only advertised as being out from 10 to 11 a.m. and 1 to 2 p.m. The new Cypress Cirque show was great. You can read more about it in our previous blog post. 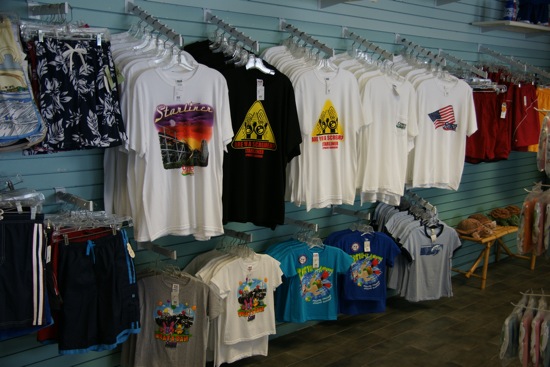 A look at some of the T-shirts available. Are you a screamer? 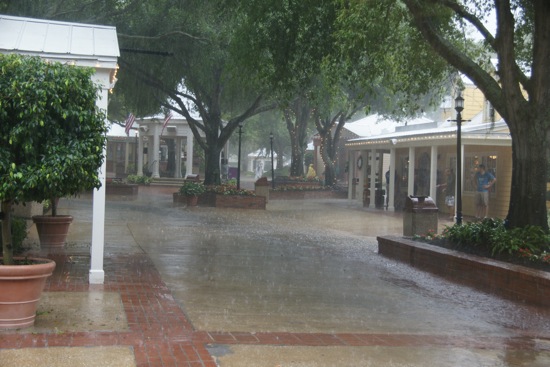 We ended our day by stuffing ourselves at the all-you-can-eat buffet at Aunt Julie’s Country Kitchen. We timed it just right so the rain poured down while we ate then stopped just as we were leaving. The afternoon rain is expected every day during the summer.

What you need to watch to prepare...