Disney’s D23 announces fan events across the country in 2014 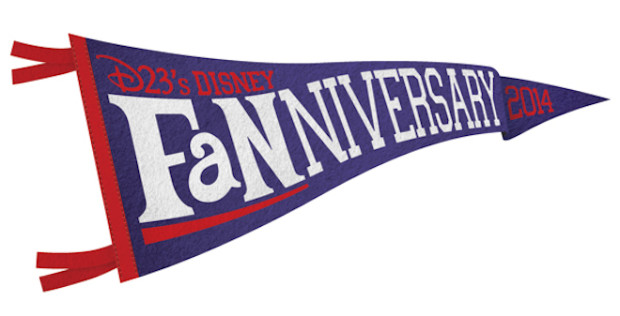 Fans across the country will have the chance to attend a wide array of Disney experiences as D23: The Official Disney Fan Club has announced their 2014 events. Included is a Fanniversary stop and Destination D event in Orlando.

Events to be held include: 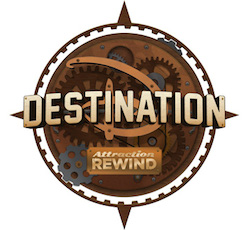 DESTINATION D: ATTRACTION REWIND: Held July 26 and 27 at Walt Disney World, Destination D will bring Disney archivists, Imagineers, Legends and luminaries together to celebrate fan favorites such as Adventure Thru Inner Space, If You Had Wings and 20,000 Leagues Under the Sea with rarely seen concept art and images, vintage video clips and revealing stories. In addition, several presentations will be dedicated to the 1964–65 New York World’s Fair, which spawned beloved attractions like It’s a Small World and Carousel of Progress.

MARY POPPINS 50th ANNIVERSARY SCREENING: On Aug. 24, nearly 50 years to the day on which this classic premiered, D23 will celebrate with a very special screening event.

D23’S DISNEY FANNIVERSARY CELEBRATION: For the third year in a row, D23 will hit the road, visiting cities across the U.S. to commemorate dozens of Disney milestones celebrating landmark anniversaries this year. Hosted by Disney archivists and the D23 Team, D23’s Disney Fanniversary Celebration events will be held in Boston, Chicago, Los Angeles, Orlando, New York City, Seattle and other cities in fall 2014. Fanniversary events will be open to the public, with special admission prices and surprises created for D23 Members in attendance.

D23’S LUNCH WITH A LEGEND: A limited number of D23 Members will join Disney Legend Marty Sklar for a private luncheon on The Walt Disney Studios lot, where Marty will talk about his 54-year career with Disney. Look for additional “Legendary” lunches later this year.

DISNEY STORE MEMBER MIXERS: After giving members a peek at the reimagined stores in Florida, Kansas, New Jersey, California, and Nevada in 2013, Disney Store will once again invite D23 Members for exclusive mornings of shopping, discounts, games and goodies.

MICKEY’S OF GLENDALE: The Walt Disney Imagineering employee store in Glendale, Calif., will open its doors to D23 Members on April 26, June 21, and other dates throughout the year, with special guests and surprises. Members will have an opportunity to purchase limited-edition merchandise and view the park-like grounds at Walt Disney Parks & Resorts’ creative “think tank.”

SCREENINGS ON THE DISNEY STUDIO LOT: Throughout the year, D23 will continue its popular movie screenings inside the historic Studio Theatre at The Walt Disney Studios in Burbank. The 2014 roster includes Sleeping Beauty, The Jungle Book, The Adventures of Ichabod and Mr. Toad, and The Little Mermaid.

D23 DAY AT THE WALT DISNEY STUDIOS AND ARCHIVES: D23’s members-only tours of the Studio Lot and Walt Disney Archives in Burbank return, highlighting historic moments from Disney film, television, and theme parks, as well as showcasing many of the external locations used for filming Saving Mr. Banks. Tours will take place April 5, May 31, Aug. 2 and Nov. 8.

SIGNATURE EVENTS: Look for the return of some favorites, including the popular holiday offering DISNEY AND DICKENS (in Burbank in December), as well as other D23 traditions.

Dates, ticketing information, and more D23 events will be announced throughout the year. Full details on D23’s lineup of 2014 special events can be found on the Fan Club’s website at www.D23.com/events. All events and dates are subject to change.

‘Delusion’ interactive horror theater is back in...