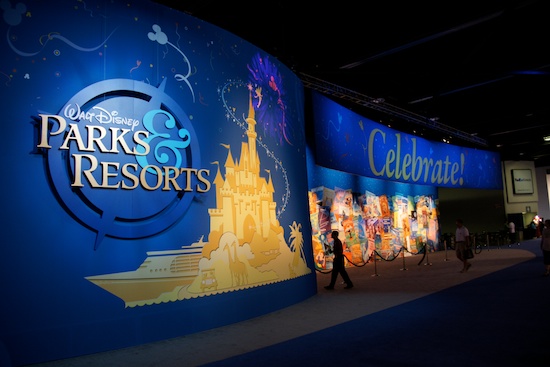 A Disney Insider column on the Disney website has shared some of what fans at the D23 Expo can expect to find in the Walt Disney Parks & Resorts Pavilion. Most exciting of which is the promise of a peek at new attractions based on Star Wars.

Could this be a model of a new Star Wars land for Disney’s Hollywood Studios as rumored? We aren’t sure. No other details have been announced yet, so stay tuned. But Dave Fisher, show producer of the Walt Disney Parks and Resorts Pavilion, did give some details about other things in store for the expo:

“… visitors will be able to virtually ride two attractions, the same way we do when we’re testing them. We’re also going to be doing sneak peeks at upcoming projects – including Disney Springs, the reimagining of Downtown Disney at Walt Disney World Resort. There will be teasers for new attractions based on Avatar and Star Wars that we’re working on now for the Disney Parks. We’ll have a play test for a project called Adventure Trading Company …”

Dave also told of a meet and greet with Captain America, an Imagineering gift shop, historic artifacts and much more. Click Here to read the full article.

Stay tuned as we’ll be at the Expo to bring you photos and video from inside the Parks and Resorts Pavilion.