Universal Studios Hollywood is rolling out the magical red carpet for the “Dark Arts at Hogwarts Castle” Premiere Event, a special experience to offer fans a first look at the new nighttime show. 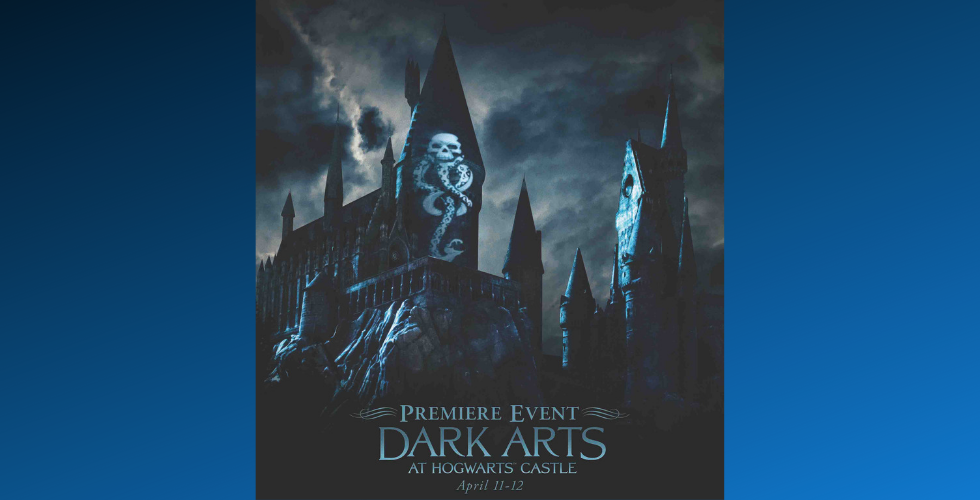 See the newest nighttime show in the Wizarding World before anyone else at Universal Studios Hollywood.

On April 11-12, 2019, this premium event will invite guests to be among the first to see the new projection show, plus get after-hours access to Hogsmeade village and its attractions.

“Dark Arts at Hogwarts Castle” will cast a spell of light, music and special effects, unleashing the darkest creatures and villains into the Wizarding World, including He-Who-Must-Not-Be-Named himself, Lord Voldemort. Guests will have to summon their inner strength and courage to face this dark magic as it comes to life during the light display.

In addition, guests to the premiere event will be treated to a catered feast of food, beverages, and desserts. A new wand will also debut alongside the event, and fans will be able to purchase this limited-edition item before anyone else.

Event tickets are on sale now, which include early entry to Universal Studios Hollywood, and can be purchased online. We recommend picking up your tickets in advance, as spots are limited and the event will likely sell out.

To learn more about the premiere event for “Dark Arts at Hogwarts Castle,” visit UniversalStudiosHollywood.com.