To celebrate the release of the final season of HBO’s “Game of Thrones”, the series has teamed up with the American Red Cross for an immersive experience at South by Southwest (SXSW) in Austin, Texas called “Bleed for the Throne.” 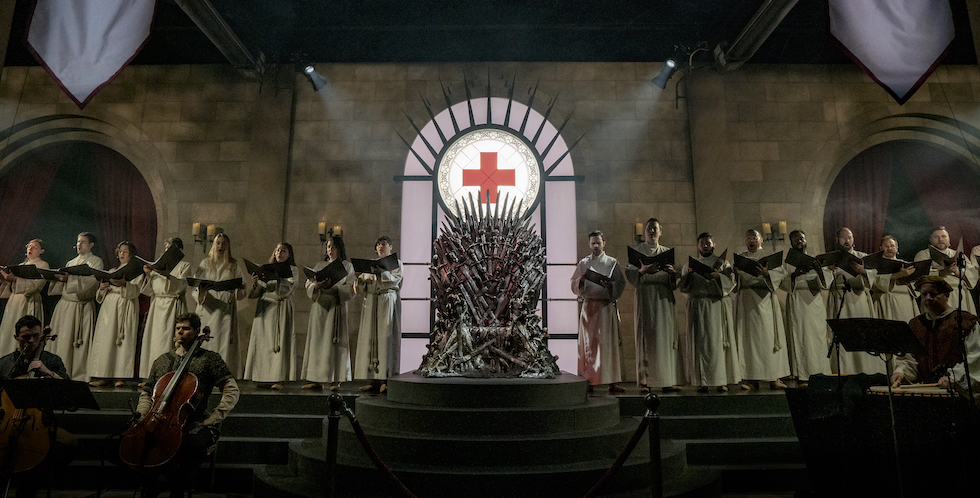 Are you brave enough to Bleed for the Throne? 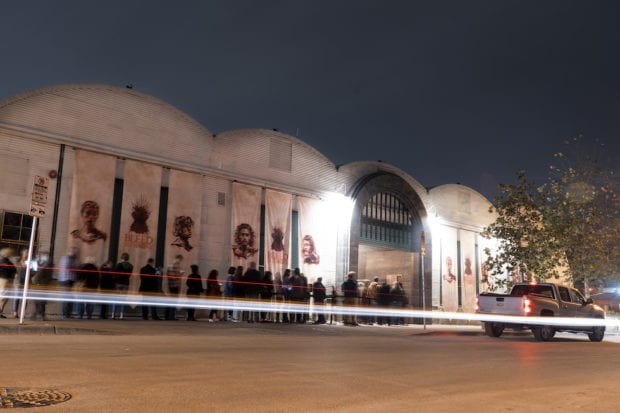 Running from March 7-9, “Bleed for the Throne” participants are asked to donate blood in the largest blood donation promotional effort by an entertainment company in American Red Cross history. 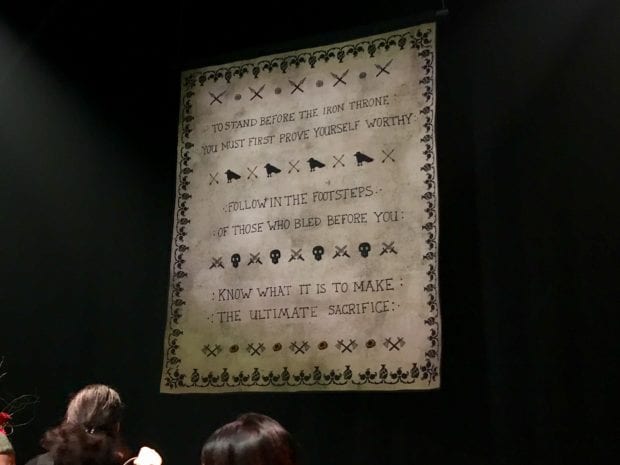 After donating blood, guests walk the steps of those who bled and relive their sacrifices throughout the series. Those who are brave enough to make the journey are then invited to an audience before the Iron Throne, where they bend the knee and are recognized for their sacrifice.

This unique activation is also open to those who are not donating blood. Even though online registration filled up less than two hours after the event was announced, a standby line is open each day for both donors and non-donors to participate.

The experience consists of three distinct parts: a walk-through audio and visual immersive experience; a live choral concert before the Iron Throne; and a war camp filled with Wildlings, Northerners, the Unsullied, and others who choose to fight in the Great War for the living. 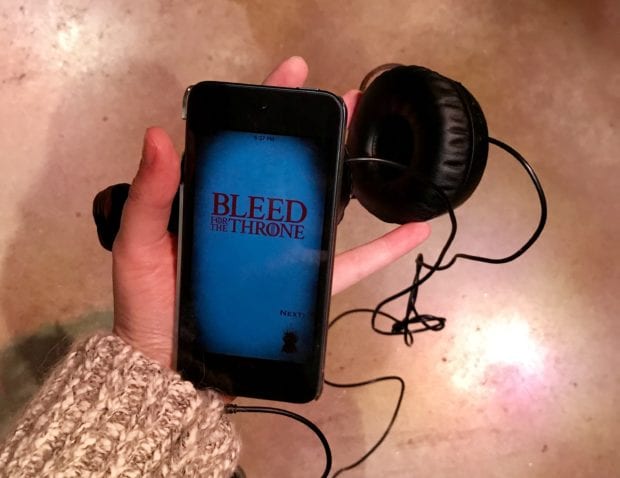 Once guests receive their listening device, they follow along the path of four “Game of Thrones” characters and experience their bloodshed and traumas in a unique and unsettling way. Arya Stark, Cersei Lannister, Jon Snow, and Tyron Lannister each have a room in the experience that highlights a specific moment from the series – but beware, show spoilers are ahead! 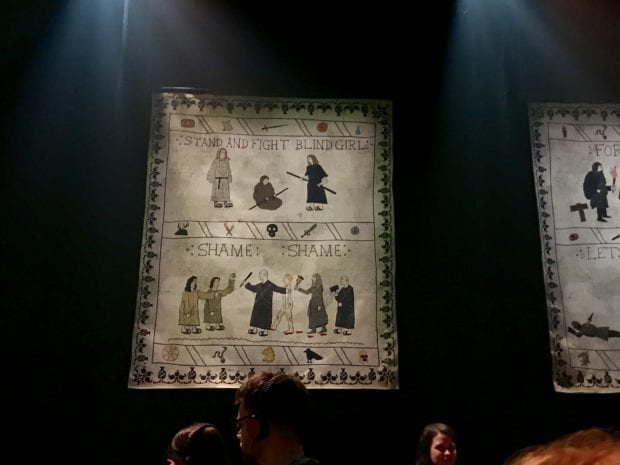 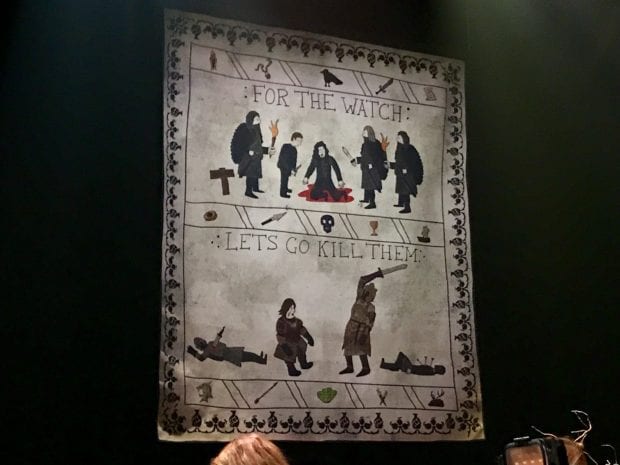 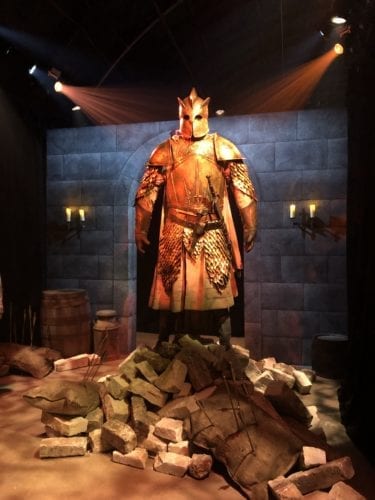 Notably absent from the “Bleed for the Throne” experience is Daenerys Targaryen, who’s spent the entire series making her way to King’s Landing to claim her birthright to the throne. We weren’t sure why she wasn’t included, as it is a fair claim to say she’s made her own sacrifices to become Lord (or Lady) of the Seven Kingdoms. Could this be a sign of what’s to come for her character? 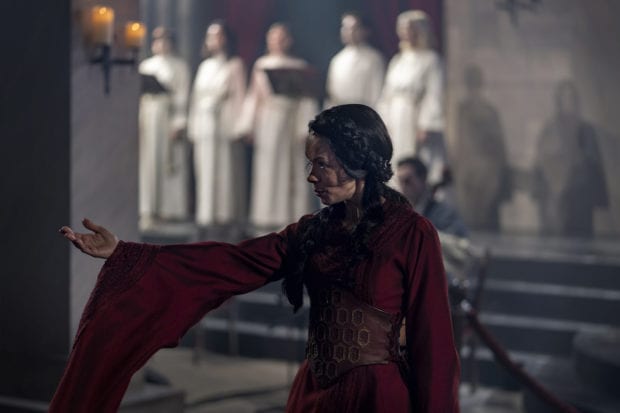 Once guests have walked the path of blood, they are led into the Throne Room at King’s Landing, where the Red Woman calls forth those who have sacrificed to bend the knee and be honored. Those called receive a unique ‘Hand of the King’ pin that gets the wearer special discounts in and around Austin for the duration of SXSW. 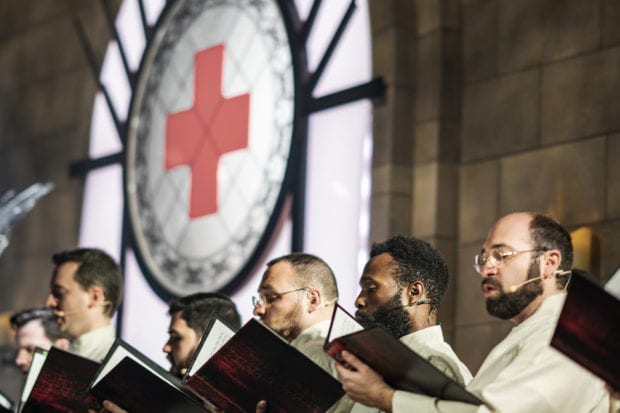 A live choir singing a gorgeous rendition of “The Rains of Castamere”. Welcome to Westeros. ⚔️ @GameOfThrones #BleedForTheThrone pic.twitter.com/3ukFsibPEq

In between the Red Lady’s proclamations, a live choir performs a 27-minute set of original music compositions inspired by the show’s memorable score by Ramin Djawadi. 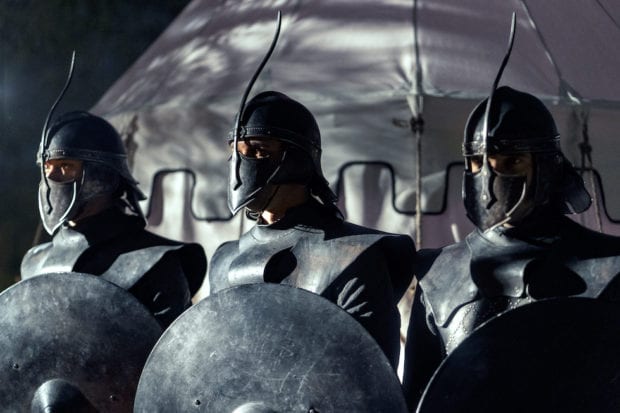 After that, guests are led to a war camp outside, filled with actors portraying familiar factions from “Game of Thrones”. We saw Dothraki men with an actual horse, men of the North practicing with and forging new swords, Wildlings causing trouble with everyone they met, Lannister guards, and even the silent and obedient Unsullied. We even ran into a Bravosi mercenary who tried to recruit us to leave with her on the promise of gold and riches.

These interactions are the highlight of the entire activation. Each performer is on their A-game, and it truly feels like you’ve stepped into the base of those who dare fight for the living in the long night to come. 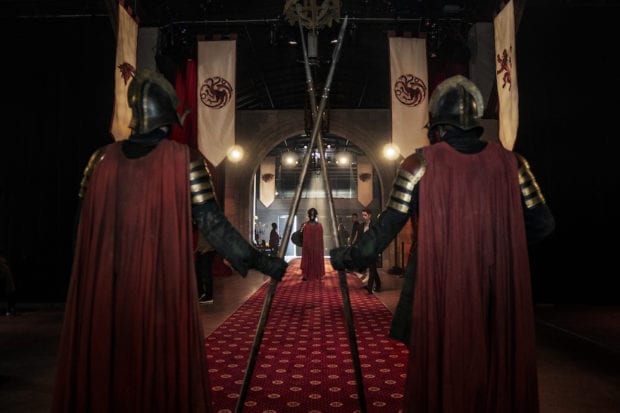 “Bleed for the Throne” at SXSW is a unique experience that you definitely shouldn’t miss if you’re a fan of the juggernaut HBO series, and it definitely got us pumped up for the emotional stress that Season 8 of “Game of Thrones” will inevitably bring. Not to mention, it’s all for a great cause!

To learn more about “Bleed for the Throne”, visit BleedForTheThrone.com.

Be sure to tune in when the final season of “Game of Thrones” premieres on April 14 on HBO. Check out the official trailer for the new season below:

A Celebration of Slytherin coming to Warner...

More than meets the eye as the...