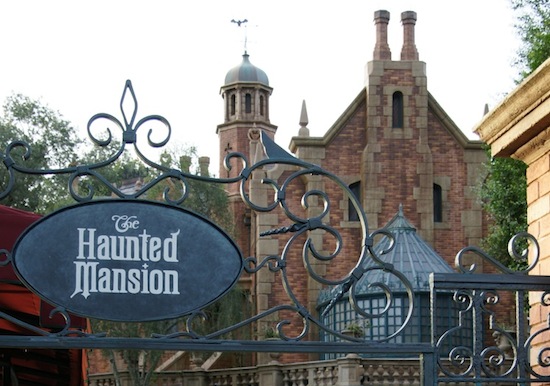 To amusement park lovers, Orlando may be the mecca for dark attractions. In a recent survey of the Darkride and Funhouse Enthusiasts (DAFE) (Yes, there’s a club just for fans of indoor attractions), members chose Magic Kingdom as their “Favorite Dark Attraction Park”. Members were also asked for their favorite dark attractions in the Orlando area.

Topping the Orlando list was the classic Disney dark ride, Haunted Mansion. To DAFE’s Director Rick Davis, this was no surprise. “Most of our members consider the Haunted Mansion to be the darkride that all others are compared too. While it has been in operation longer than all others on the list, it still entertains riders with its wonderful blend of scares and humor.”

Close behind in the number two spot is Islands of Adventure’s The Amazing Adventures of Spider-Man, a DAFE favorite that brings the dark ride into the modern era with the addition of motion-controlled ride vehicles and 3D special effects. (Will Harry Potter and the Forbidden Journey be able to top the Haunted Mansion next year?)

While more roller coaster than dark ride, Animal Kingdom’s Expedition Everest still makes DAFE’s list due to several encounters with the yeti inside the mountain.

With three attractions in the list, it’s no surprise that the Magic Kingdom was chosen as member’s favorite dark attraction park. “Disney has the Haunted Mansion,” said Davis, “the best-known dark ride in the world. They also have the largest selection of dark attractions to be found in one park anywhere in the world, a plus for our members who love to be ‘kept in the dark’.”

What about Disneyland in CA as the best dark ride park? I guess the MK would be best dark ride park in FL but Disneyland kills the MK! Indie Jones Ride, Roger Rabbit Cartoon Spin, Mr. Toad Wild Ride, Alice in Wonderland, Matterhorn, Pinocchio ride, plus all the duplicate rides that MK has – with Pirates being almost twice as long at DL and their Space Mtn being just mind blowing!

Universal ‘Backstage to Onstage’ to be showcased...