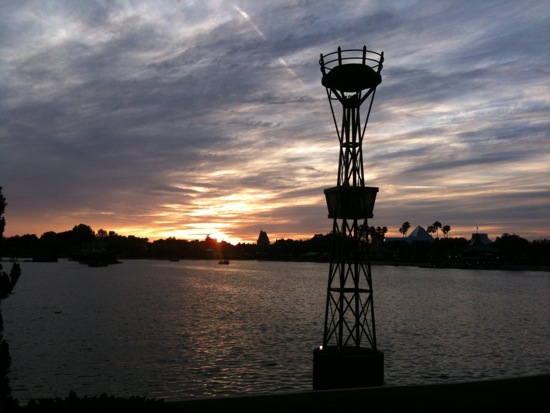 My family and I took advantage of Orange county schools letting out an hour earlier on Wednesdays to visit Epcot yesterday. It had been a few weeks since we’d last visited. If you followed @Attractions on Twitter last night, you may have already seen some of these in our Tweets. But there’s some new pictures here as well. Here’s what caught our eyes… 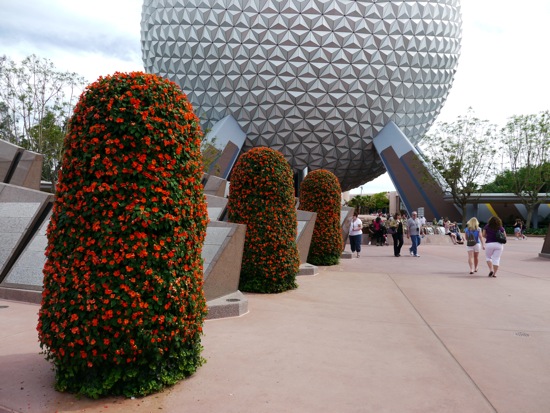 These tall flowering pots weren’t here on our last visit. I assume they’re there for the Flower & Garden Festival, but it’s almost as if they’re trying to block access to the Leave A Legacy plaques. 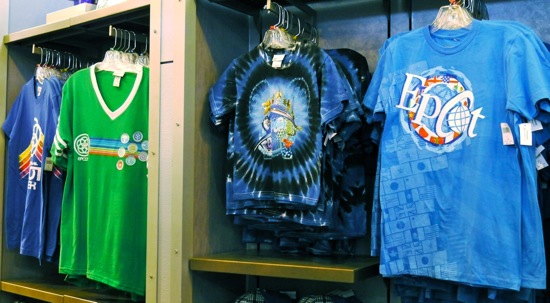 From a request on Twitter, we stopped in Mouse Gear to see if they had any new retro Epcot T-shirts. 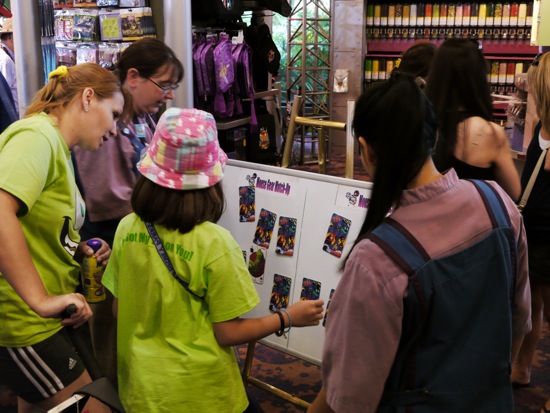 It’s always fun to see the cast members playing games with guests. They were playing some sort of matching game in Mouse Gear. 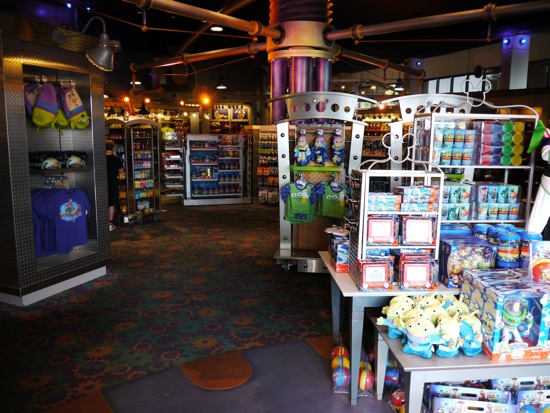 It seems Toy Story has invaded the parks, and I’m sure you’ll see it more and more as the release of Toy Story 3 comes closer. We’ve already reported on the upcoming appearance of a new meet and greet character and new games in Toy Story Mania at Hollywood Studios. 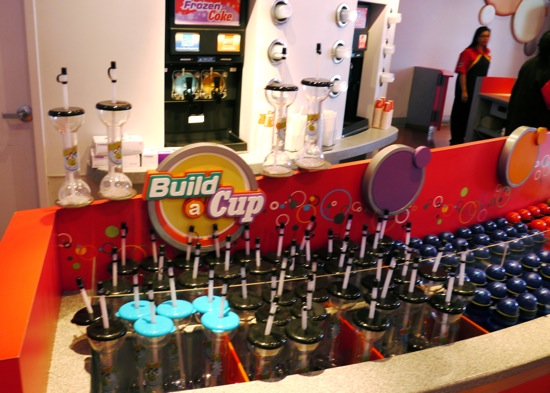 My son noticed Build a Cup was no longer available in Club Cool. It seems these new cups won’t hold very much. 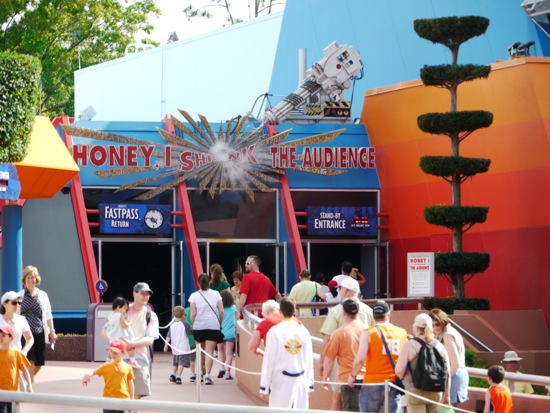 I had to stop in and watch Honey I Shrunk The Audience one last time for a while before it’s temporarily replaced by Captain EO. 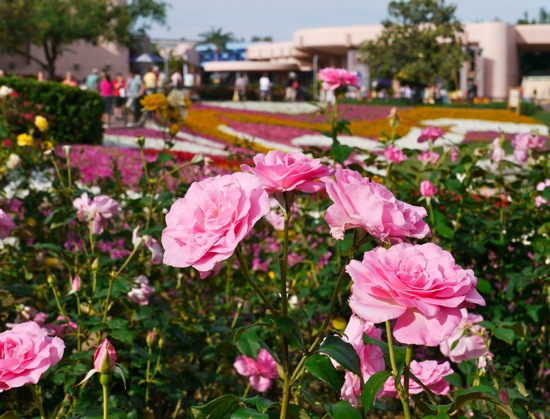 I wasn’t at the park to take pictures of the Flower & Garden Festival (You can see our photo gallery here), but I couldn’t resist these roses. 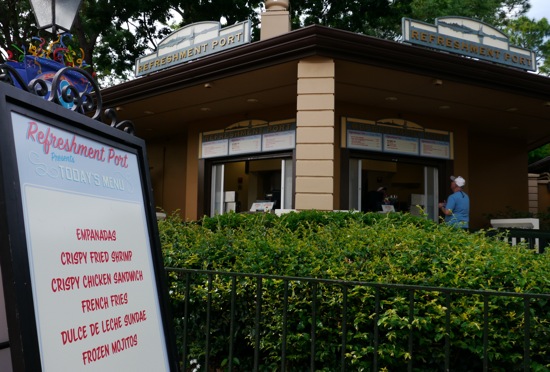 For those of you who haven’t been to Epcot in a while, here’s what’s replaced the McDonald’s food at the Refreshment Port by Canada. 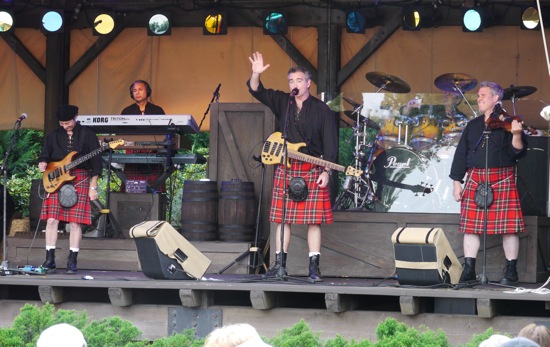 I’m not sure how many members of Off Kilter there are, but some of these guys look different to me.

My wife told me to take this picture to show you the new Precious Moments Disney pins. 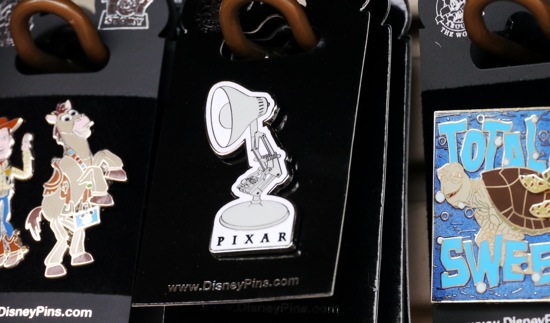 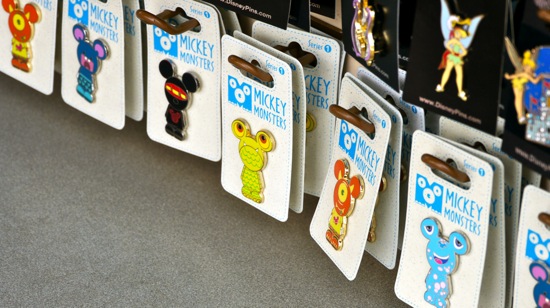 Here are some pins I thought were cool. 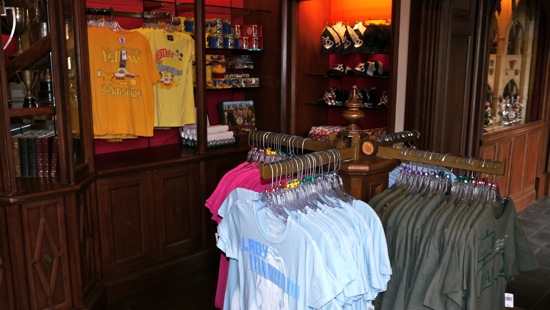 The shops in the U.K. pavillion had a lot more Beatles merchandise than I remember seeing in the past. 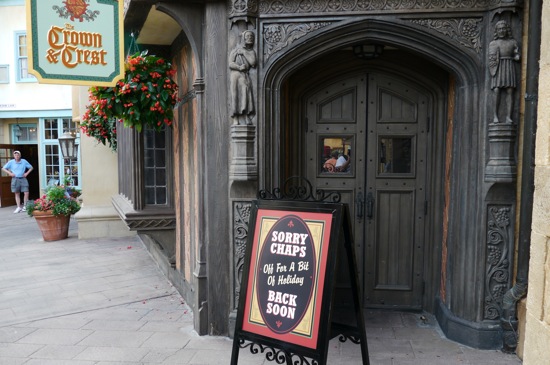 I love when they theme the refurbishment signs to the area they’re in. This shop in the United Kingdom was closed. 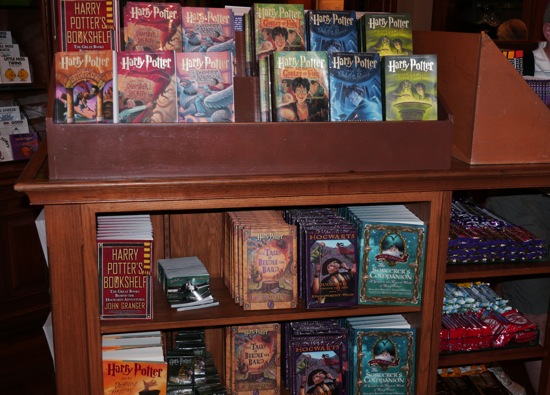 I thought it was interesting that The Toy Soldier shop in U.K. had a lot of Harry Potter books. 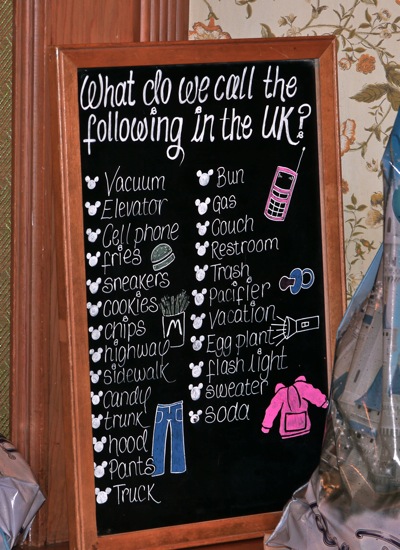 More from the U.K. and another game cast members play with guests. I guessed a few right.

A look across the lake at the construction of the new restaurant in Mexico. Read more about it Here. 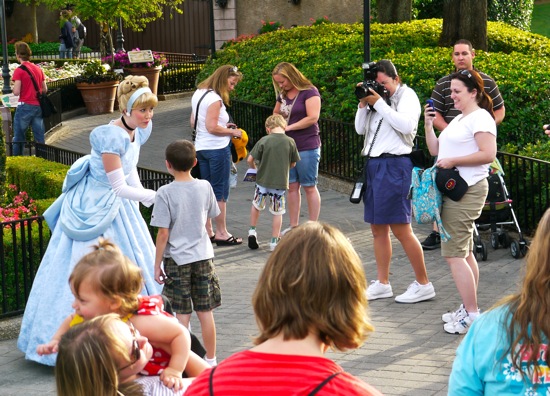 Cinderella was greeting guests in France. 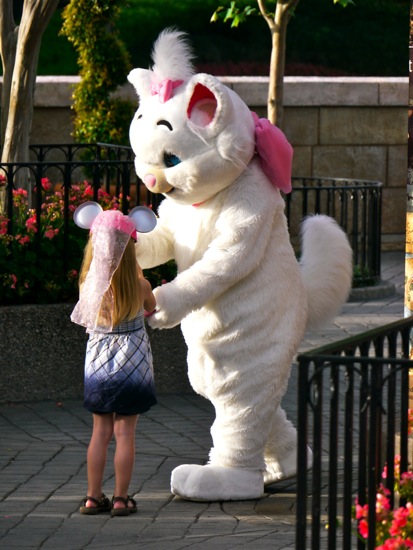 And near Cinderella in France was Marie from The AristoCats. 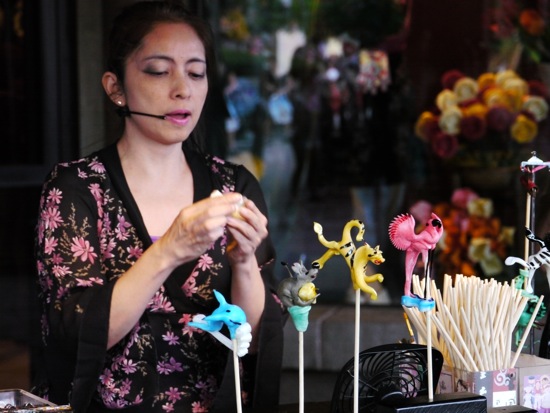 The lady in Japan was making her candy art. My son asked her to make the mouse. After she was done with all the sculptures, my son took his picture with the mouse. Unfortunately, they’re no longer allowed to give the candy art away. 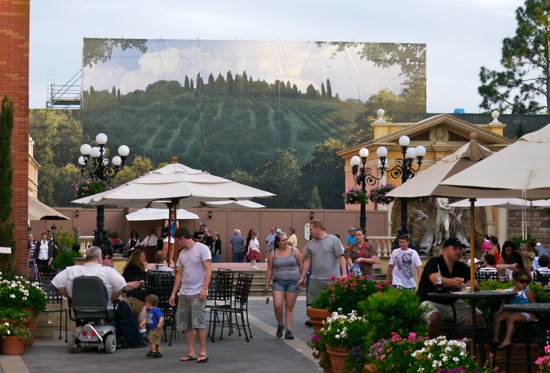 There’s not much to see yet, but I can’t wait for this new pizzaria to open later this year in Italy. Read more about it Here. 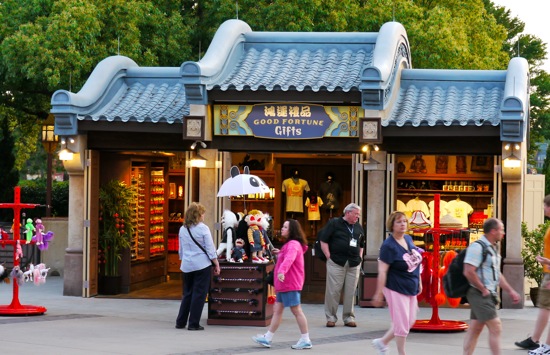 What was just a stand for many years has become a permanent store at the China pavillion. 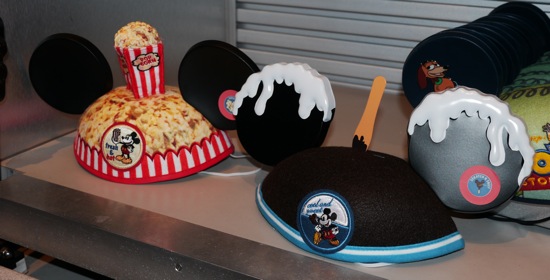 A look at a couple of cool mouse Ear Hats. Both of these food-related hats have a scratch-and-sniff spot.

That’s it for our update. Let us know which other Orlando theme park you’d like us to visit next. Please leave your comments and questions below.

Ice Breaker, we’re back from holiday break, and...

Thanks for this photo update of EPCOT. We’ll be visiting in a few weeks and it’s fun to know, ahead of time, about the changes we can expect to see. 🙂 I want your job!

Love the Photo Update I hope to read more of them on the blog in the future they are great!