David S. Pumpkins is a thing at Madame Tussauds … Any questions? 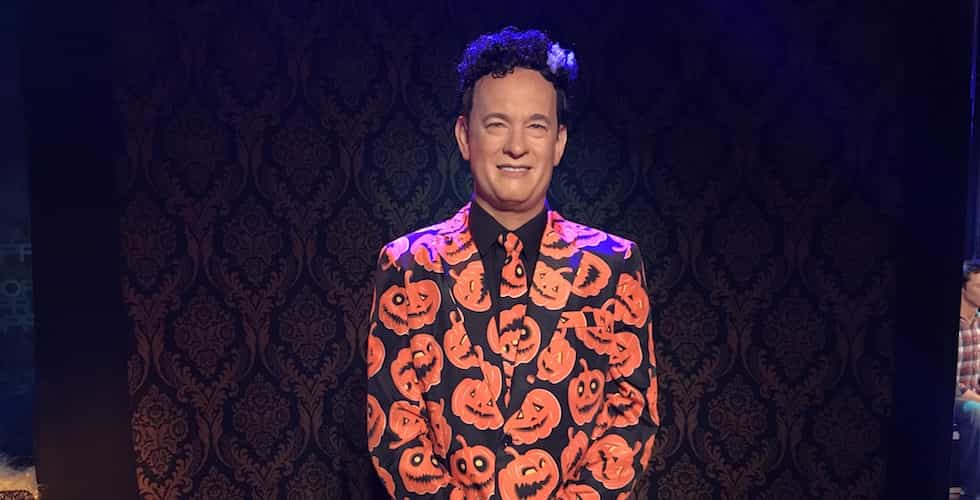 You can now meet David S. Pumpkins in Orlando, sort of.

Ready or not, here, we, selfie. The famous Saturday Night Live character, David S. Pumpkins, has made a triumphant return. Pumpkins is now making a wax figure appearance at Madame Tussauds for all to see. Any questions?

The famous Saturday Night Live character originally premiered during the Halloween Sketch “Haunted Elevator” in 2016, where he quickly became his own thing, and now you can be … part of it.

Tussauds originally had a Tom Hanks figure in a red carpet ready suit inside their “Final Party Room”. Now you can catch Tom as the SNL character in the glorious pumpkin studded suit in the Television section between Oprah and Jim Parsons.

The attraction will offer skeleton costumes identical to the ones worn by the cast of SNL in the sketch. You can strut up in costume to the wax figure himself for the perfect Halloween selfie.

The David Pumpkins figure will be appearing for the rest of October. So be sure to find some time for a selfie.

If a wax figure may not be enough to fill that David S. Pumpkins void in your heart. Then fear not. SNL will be premiering a half-hour animated special “The David S. Pumpkins Halloween Special” starring the voice talent of Hanks on Saturday, Oct. 28.

If you haven’t seen the skit, here’s a look:

Madame Tussauds Orlando is located in the I-Drive 360 complex next to the Coca-Cola Orlando Eye.

D23 will bring Disney magic across the country in 2018

Christmas at the Biltmore has begun for...