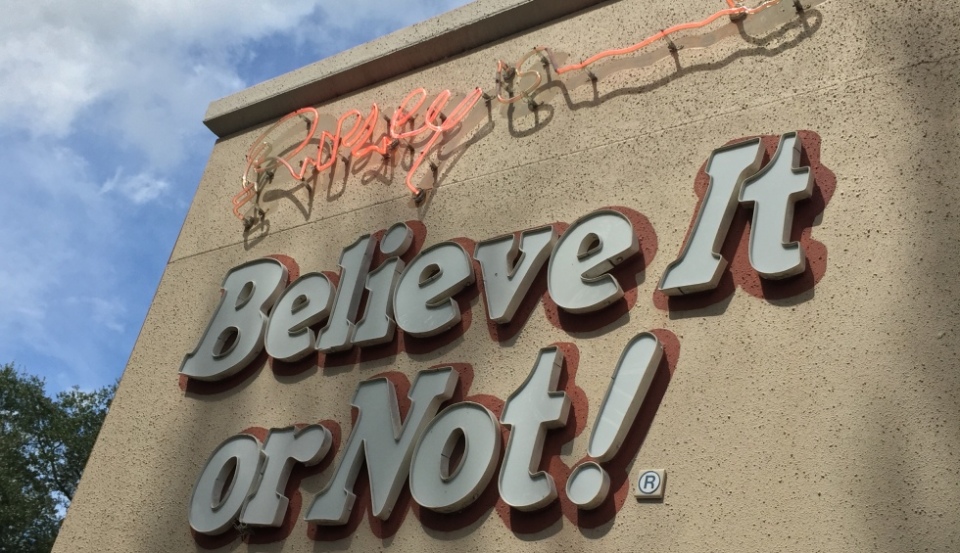 Ripley’s Believe It or Not! Orlando on International Drive is celebrating Ripley’s Superhero Summer with appearances by characters from DC Comics Justice League.

In addition, on character appearance days, Ripley’s will also show the film Look to the Sky by producer Brett Culp. Look to the Sky is a full-length film about children who have overcome incredible obstacles to give back, which celebrates the theme of Ripley’s Superhero Summer.

In addition to hosting some of DC’s superheroes, Ripley’s will be recognizing real-life heroes and supporting local charities. Ripley’s is looking for nominations for its new “Homespun Heroes” contest that will recognize people who have gone above and beyond to make a difference in their community. Winners receive a prize pack from Ripley’s, including a lifetime pass to Ripley’s Believe It or Not!, and will be registered for Super Hero Sweepstakes grand prize of $2,500 plus $2,500 for their favorite charity.

For more information, visit Ripleys.com and watch these videos of the Orlando Odditorium:

Ripley's unveils artwork made entirely of sugar at Orlando Odditorium
Photo Finds: Inside Ripley's Believe it or Not Odditorium - Feb. 5 2013

Battle alongside The Dark Knight during ‘The Batman...

Moviegoers can receive a ‘The Batman’ NFT

Sneak peek at Guardians of the Galaxy:...