Six Flags Discovery Kingdom has announced a new area themed to DC Universe is coming to the park later this year. 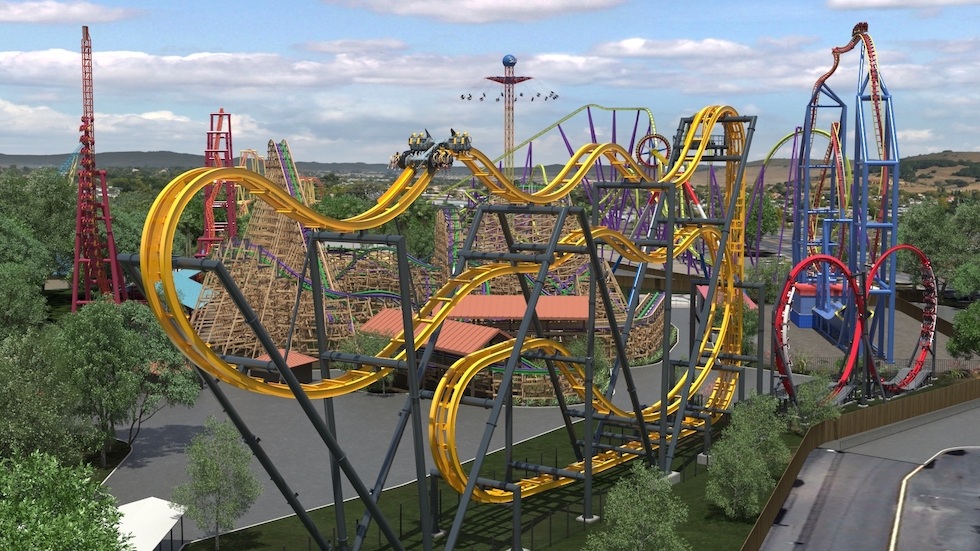 Enter the world of your favorite DC characters at Six Flags Discovery Kingdom later this year.

This themed section of the park will feature Batman: The Ride, Northern California’s first 4D free-fly roller coaster; and the newly reimagined The Flash: Vertical Velocity, a high-speed launch coaster. These two attractions will join forces with other existing branded attractions including Wonder Woman Lasso of Truth, Superman Ultimate Flight, The Joker, Harley Quinn Crazy Coaster, and The Penguin Ride.

Aboard Batman: The Ride, guests will take on a weightless coaster experience that features six free-fly inversions. Other highlights of the coaster include:

Also making its debut this year is a new take on The Flash: Vertical Velocity. The ride will feature new thematic elements, as the spiraling suspended coaster shoots riders from 0-60 through fast straightaways, corkscrew inversions, and up a 150-foot-tall vertical tower.

The DC Universe area will also offer new food, shopping, and entertainment options. Guests can pick up the perfect item for the superhero or super-villain on their list at The Daily Planet, The Joker Funhouse Shop, or the new Batman-themed retail store. For those with a super-sized appetite, try the Quick Quenchers Refill Station and Big Belly Burger – which will offer mobile ordering. Members of the Justice League will also be on hand for meet-and-greets throughout the day.

To learn more about the upcoming DC Universe area, as well as other park offerings at Six Flags Discovery Kingdom, visit SixFlags.com/DiscoveryKingdom.

Musicals, Mando, and more – The Attractions...

Mickey Mouse is ready for hugs at...