‘Delusion: The Blue Blade’ transports players through time and space

From now until March 17 in Los Angeles, Calif., fans of the interactive theater group Delusion are invited to become initiatives of the mysterious “Safeguard Society” and take part in a special “Directors Cut” of “Delusion: The Blue Blade”, a show that originally premiered during the Halloween season of 2018. 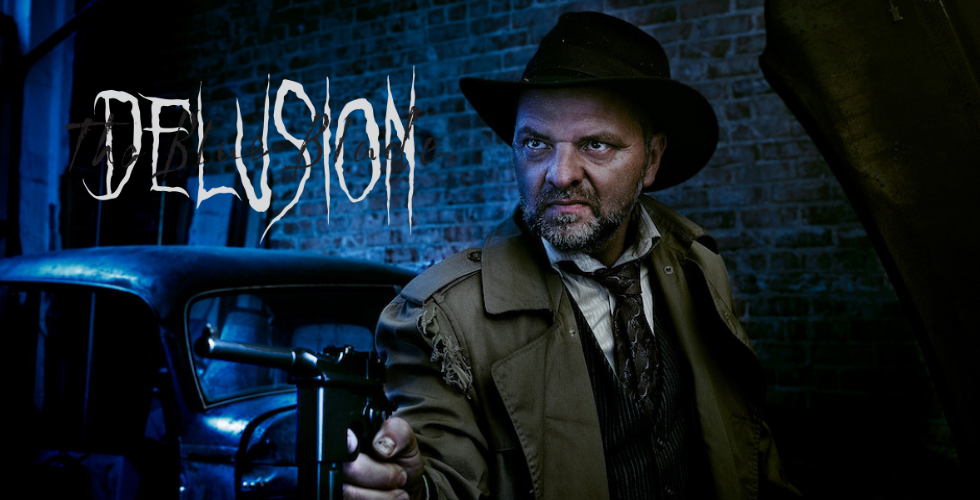 The show puts participants in the middle of the hunt for the legendary Blue Blade, an object that gives its wielder power over both time and space. This extension of the popular show features changes that promise to captivate both fans and newcomers alike, including new plot twists, new audience challenges, new artifacts, new actors, and more.

My experience with Delusion began when I arrived at the nondescript lounge that they had set up shop in. I arrived about 30 minutes before my experience, and recommend that you do as well, as parking in the area is sparse.

After I had checked in and received my wristband, I was invited to relax and enjoy a drink inside until our group of initiatives was called and our adventure could begin. After a few moments, our group was called and instructed to check our coats and cell phones before we could enter the experience. 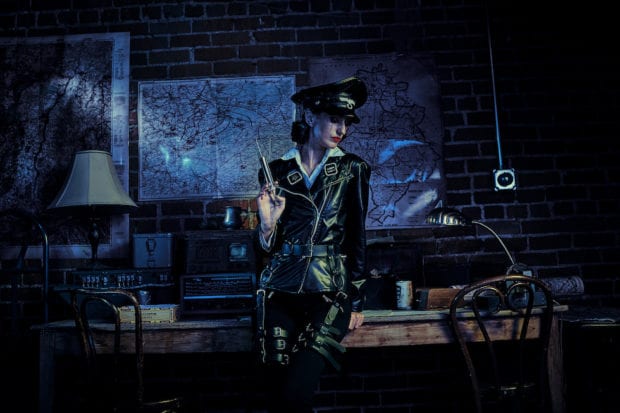 The group we were in milled about while we waited for everyone to check their personal items when suddenly, I felt a tap on my shoulder. A young woman in a leather coat whispered for me to gather our group, and follow her. We made our way into a van that had been parked outside the venue and given the backstory of the Safeguard Society, and their hunt for Professor Evelyn Lowell, a rogue member who had stolen the Blue Blade. It was then that I realized how immersive this experience would be. Anything, even an inconspicuous van on the street, was a part of their playground.

After our mission briefing was complete, we were instructed to be on the lookout for a man named Stanfield, Lowell’s former partner. We found him sitting in the very lounge that we started in, and followed him inside a seemingly abandoned theater next door. 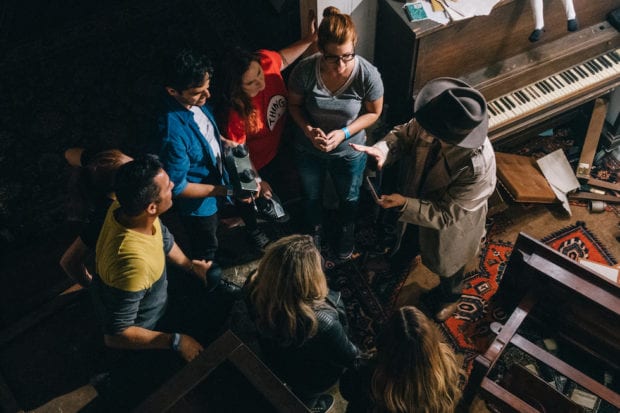 From then on, the experience shifted around us, transporting us from modern-day Los Angeles to Paris during the height of its German occupation during World War II, and even as far back as prehistoric Mayan temples. Throughout our journey, we were more than passive observers; we were tasked with climbing through tunnels, finding secret doors, and even activating Carrick, an android helper from the future.

The amount of trust that “Delusion: The Blue Blade” puts into its audience is astounding and proved to be quite the challenge, according to the show’s creator, writer, and director Jon Braver.

“That’s something my team hates me for,” he said when I talked to him after the experience. “We hope that within every group there’s one person who can act as a leader, and move the story forward.” 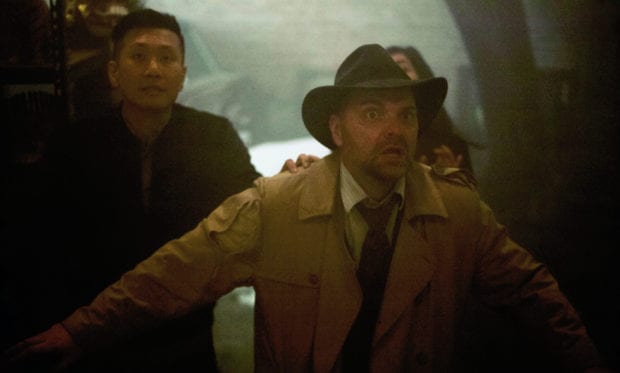 Photo by Will Shivers

From my experience, that trust leads to an even deeper experience and makes the participants feel like they’re really a part of the story they’ve stepped inside.

“Delusion: The Blue Blade” is an absolutely essential experience for fans of theatre, haunts, or even just science fiction. Tickets start at $95 and can be purchased at EnterDelusion.com. You can check out the trailer for the experience below:

OFFICIAL TRAILER for the Interactive Play "Delusion: The Blue Blade - The Director's Cut"