The Disney / Hanes Design-A-Tee store officially opened at Walt Disney World’s Downtown Disney on January 9, 2009. Inside, guests can customize their own T-shirts with Disney characters and up to four lines of text. 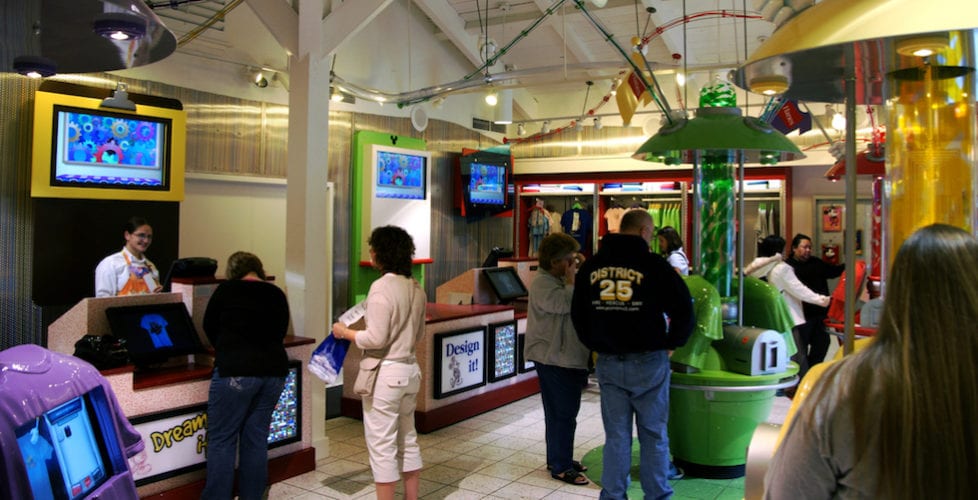 Multiple colors, sizes, and styles of shirts are available for a fair amount of flexibility, but you won’t find subtlety with any of these shirts as most of the designs take up nearly the entire front of the shirts. The design is also limited to only the front side of the shirts.

Here’s a video from the grand opening of Disney Design-A-Tee, held on January 9, 2009:

Disney Design-A-Tee is open every day from 9:30 am to 11 pm and is located in the Marketplace side of Downtown Disney, attached to the Art of Disney store, near the Rainforest Cafe.

It is expected that more designs will be added to the system in the future, though the ‘what’ and ‘when’ are unknown at this point.

Be warned, though, that the message has to be Disney approved, or the t-shirt won’t be printed.