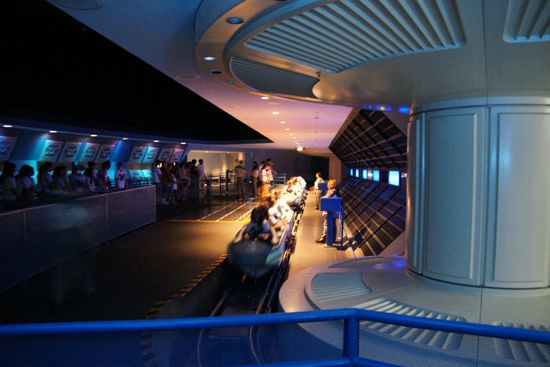 Disney said Wednesday that it will shut down Space Mountain this spring for what the company described as a months-long “refreshment” of the 34-year-old Magic Kingdom roller coaster.

The ride will close April 19, just after the Easter holiday. It is expected to reopen late in the year, Disney spokeswoman Andrea Finger said, though a specific reopening date has not been set.

The timetable means Space Mountain will be closed throughout the busy summer-travel season.

The construction work will include installing new track inside the enclosed coaster, which carries guests in the dark through a series of sudden drops and sharp turns. The layout of the track will remain the same, however.

Other upgrades will include a new enclosure for the ride’s queuing area and a new ceiling inside its signature white dome, Finger said.

Finger said the renovations are the first substantial work on the ride since September 1999. The project follows a series of other makeovers Disney has made in recent years to some of its oldest attractions, including the Haunted Mansion and Pirates of the Caribbean in the Magic Kingdom and Spaceship Earth in Epcot.

Disney fans have been swapping rumors for more than a year that the company was planning a sweeping overhaul of Space Mountain. In 2005, the Walt Disney Co. completed an extensive, two-year makeover of the Space Mountain at Disneyland in Anaheim, Calif.

But the changes to Orlando’s version of the ride — it’s the original Space Mountain, having opened Jan. 15, 1975 — are likely to be more modest.

“We’re retaining many of the classic elements that made Space Mountain a rite of passage at the Magic Kingdom that’s been enjoyed by generations,” Finger said.

If only they would hold out until the 3rd week of June… (trip scheduled the 2nd week of June). At least I have plenty of time to prepare my kids for the disappointment.

Finally. A newer track. Hey, I love the ride, but I was more afraid of it breaking or falling down on me because it was so… I can’t describe the sounds, like screechy.