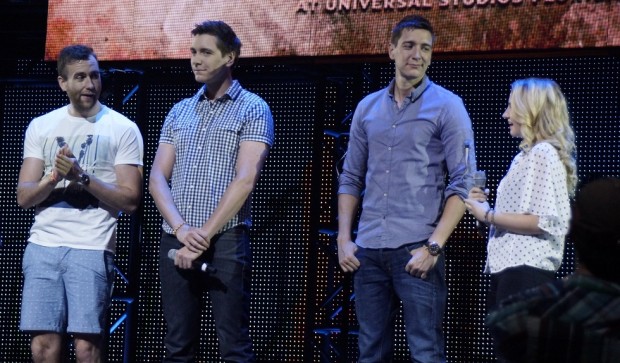 All aboard! Guests will be able to take the Hogwarts Express to Diagon Alley at Universal Orlando beginning on July 8, 2014.

The Wizarding World of Harry Potter – Diagon Alley will feature shops, dining experiences and the next generation thrill ride, Harry Potter an the Escape from Gringotts. The new immersive area will double the size of the land already found at Islands of Adventure, expanding the themed environment across both Universal theme parks.

Guests will also be able to board the Hogwarts Express and enjoy a unique journey as they travel between London and Hogsmeade.

Be sure to see our in-depth coverage of the Diagon Alley media preview on the June 26, 2014 episode of Orlando Attractions Magazine: The Show.

A Celebration of Harry Potter returns to...