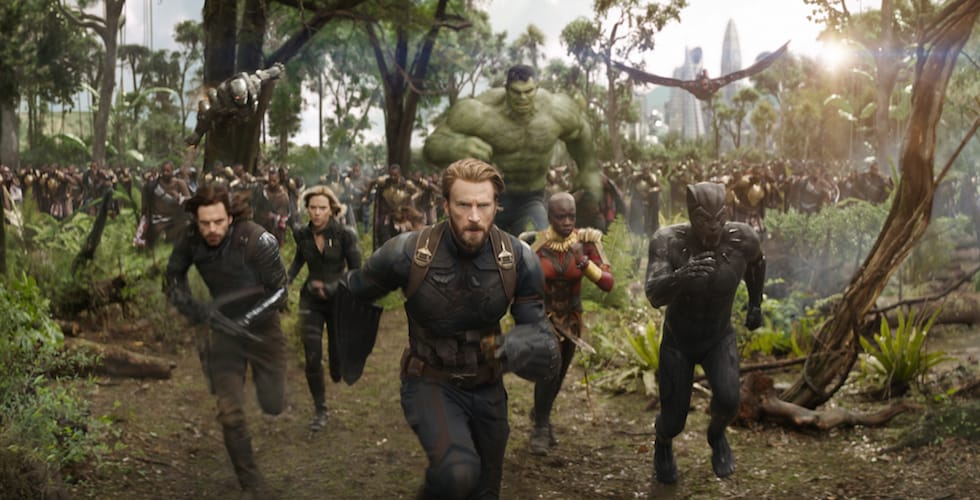 The long-awaited “Avengers: Infinity War” is among those announced for the 2018 film slate.

2018 has only just begun, and Walt Disney Studios decided to up the ante of the new year by releasing their full slate of films.

Walt Disney Studios will be releasing ten films this year. Check out the full list of films and their synopses below:

Marvel Studios’ latest installment follows T’Challa who returns home to Wakanda after the death of his father, the king, and take his place on the throne. T’Challa’s strength as king and Black Panther is tested when he is drawn into a conflict that puts the fate of his country and the entire world at risk.

Director Ava DuVernay invites audiences on the epic adventure based on Madeleine L’Engle’s classic story across time and space. “A Wrinkle in Time” is the story of Meg Murry, a middle school student and daughter of two world-renowned physicists. When her father, Mr. Murry, disappears, Meg meets three celestial beings who have journeyed the earth to help find her father. Meg travels through a wrinkling in time and space known as tessering, as she travels across worlds beyond her imagination to find her father and return home.

The cinematic journey of the Marvel Cinematic Universe is headed toward its climax with “Avengers: Infinity War.” This film brings the Avengers and their fellow Super Heroes together for the ultimate show-down against Thanos before he brings devastation and destruction not the universe.

Learn the true story of Han Solo’s past with “Solo: A Star Wars Story.” This film brings audiences aboard the Millennium Falcon for a series of daring adventures within the criminal underworld of a galaxy far, far away. Han Solo will meet his future copilot, Chewbacca, as well as encounter the gambler Lando Calrissian, on a journey that will set the stage for everyone’s favorite smuggler.

Everyone’s favorite family of Supers is back in the long-awaited “Incredibles 2.” This time, Helen is in charge, leaving Bob at home with the kids Violet and Dash, and baby Jack-Jack. This makes it tough for everyone, especially since the family is still unaware of Jack-Jack’s super powers. When a new villain arrives with an evil plan, its up to the family and their friend Frozone to work together again to save the day.

The MCU brings another movie to 2018 with “Ant-Man and the Wasp,” which takes place in the aftermath of “Captain America: Civil War.” Scott Lang struggles with his choices made as both Ant-Man and a father, as he attempts to balance his life. Lang is soon approached by Hope van Dyne and Dr. Hank Pym with an urgent mission. Scott must once again don his gear and fight alongside the Wasp as they work together to uncover secrets from the past.

In the live-action adventure “Christopher Robin,” the young boy who loved having adventures in the Hundred Acre Wood with the likes of Pooh and Tigger has grown up, and lost his way. Its up to his childhood friends to journey into our world to help remind Christopher Robin that the

playful, loving boy he once was can be once again.

This holiday tale tells the story of Clara, and her desire for a one-of-a-kind key that will unlock a box that holds a gift from her late mother. A golden thread, given to her at her godfather Drosselmeyer’s holiday party, leads her to they key, and disappears into a strange parallel world. There, Clara meets a soldier named Phillip, a gang of mice and the regents who rule over three realms: Land of Flowers, Land of Snowflakes, and Land of Sweets. Clara and Phillip must journey to the fourth realm, ruled by the tyrant Mother Ginger, to retrieve Clara’s key.

Ralph and Vanellope are back, and this time they leave the arcade behind to explore the vast world of the internet. Vanellope is in need of a replacement part to save her video game, Sugar Rush, so she and Ralph risk it all to travel through the World Wide Web to find it. On the way, the two meet and rely on the citizens of the internet – the netizens – to help navigate their way through the digital world.

This all-new sequel to the Disney classic brings a fresh sensibility and celebrates the spirit of the original. Emily Blunt stars as the practically-perfect nanny with magical talents, and Lin-Manuel Miranda stars as her friend Jack, a street lamplighter who helps bring back light and life to the streets of London.

The film takes place in the 1930s, during the Depression Era of London, 24 years after the events of the original film. Michael Banks works for the same financial institution as his father, and still lives at 17 Cherry Tree Lane with his three children, John, Georgie and Annabel, along with their housekeeper Ellen.

Jane Banks carries on her mother’s tradition of campaigning for workers’ rights and gives a helping hand to Michael and his family. When the family suffers a great loss, Mary Poppins returns to bring happiness bank to the Bankses.

New River Cruise in France announced by Adventures by Disney

Ralph is the only one I would go see.

New details for The Wizarding World of...