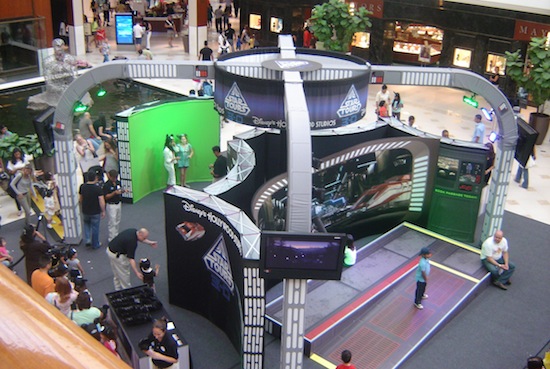 Disney has started a four city Star Tours tour in Florida to promote their new Star Tours ride, which opens May 20 and kicks off this year’s Star Wars Weekends at Disney’s Hollywood Studios. The first tour stop was held yesterday at the Aventura Mall in Miami.

The next stop on the tour is Saturday, April 30 at the Orange Park Mall in Jacksonville. Then they’ll be in Tampa at the Westfield Citris Park Mall on Saturday, May 7. The last stop is in Orlando at the Florida Mall on May 14. All events run from 10 a.m. to 6 p.m.

At the event in Miami, Star Wars and Disney fans had a chance to get their photo in front of four different backdrops with R2-D2, C-3PO, Jedi Mickey and Minnie as Princess Leia. Each guests also got a Star Tours Mickey Ear Hat and a copy of their photo. Hosting the event was Star Guide Bree Starlighter.

Disney has also started a new Facebook page for the Star Tours 3D ride, and a mobile site where you can download phone background photos.

Three Orlando Attractions Magazine Readers were at the event yesterday and provided these photos. The video is by Matt Schlien. 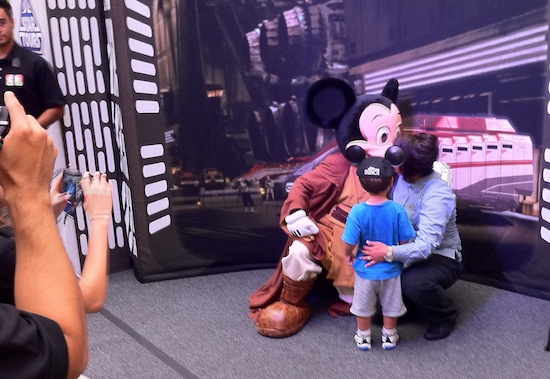 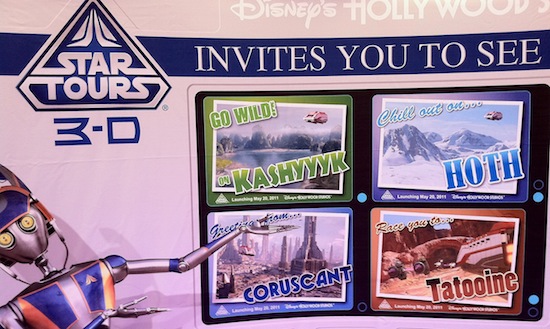 Photos by Elissa Leatherman. Pictured are Elissa and her son Joshua (black shirt) and Anthony Montalto. 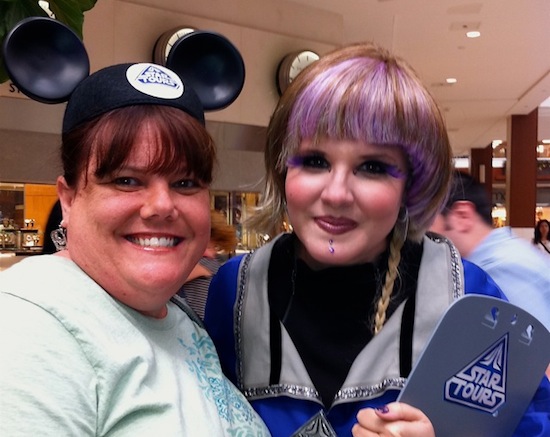 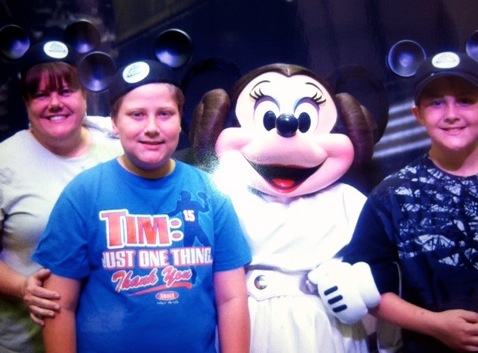 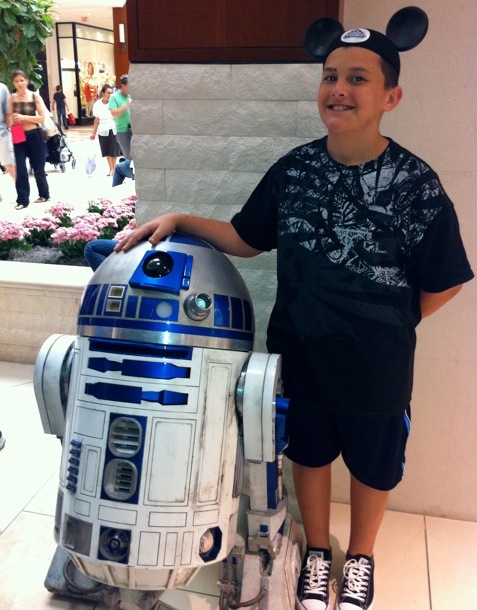 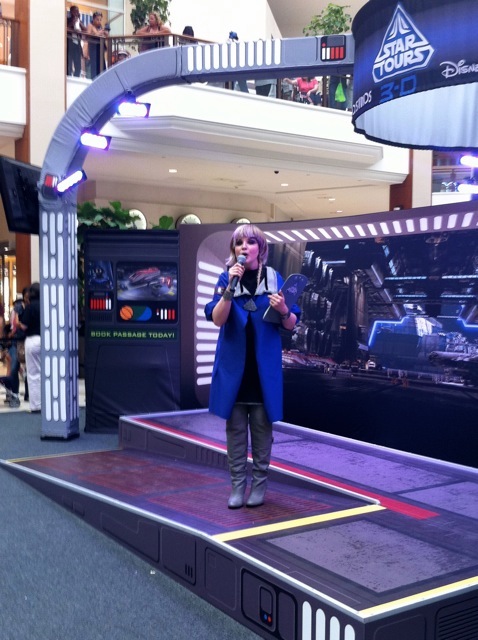 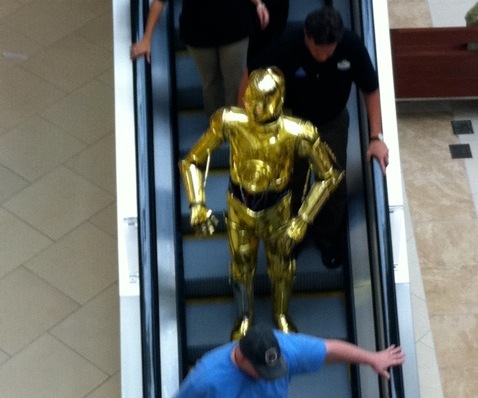 Photos by Matt Schlien. Pictured with Matt are his wife Diana and daughter Amanda. 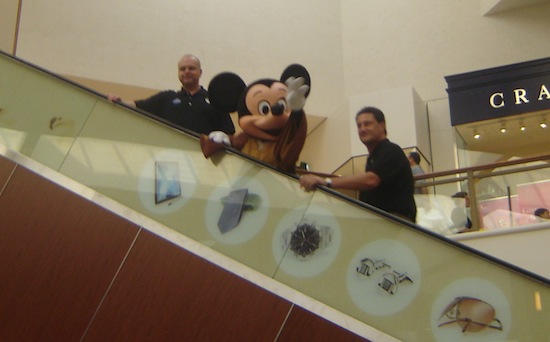 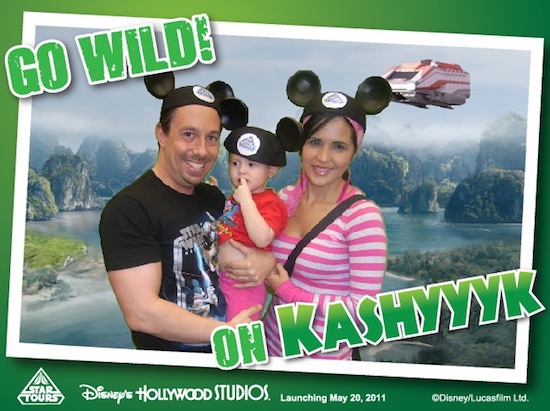 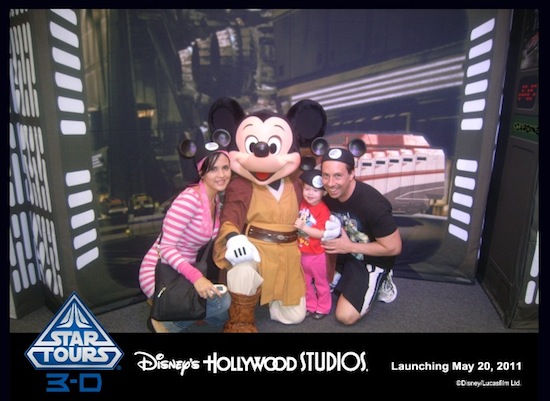 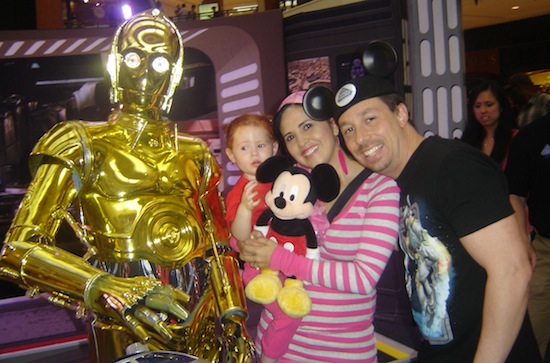 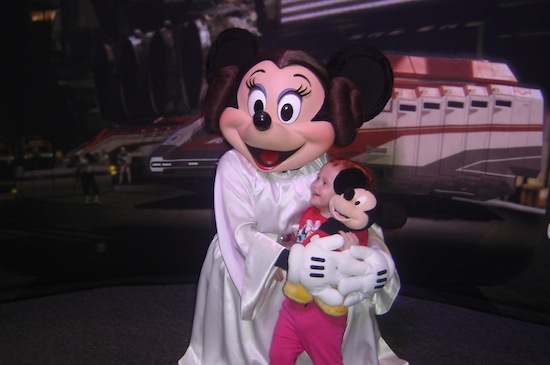 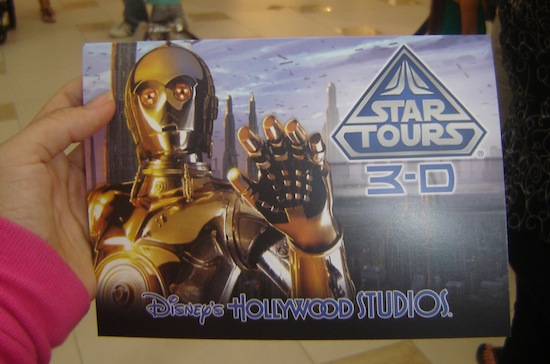 Stars in the Parks: Lady Gaga with the Evil Queen at Disney's Magic Kingdom

BTW, The Tampa location is the CITRUS park mall, not citris

This looks incredible and can’t wait to experience it for myself. Had to laugh out loud when the lady announced ‘3-CPO’.