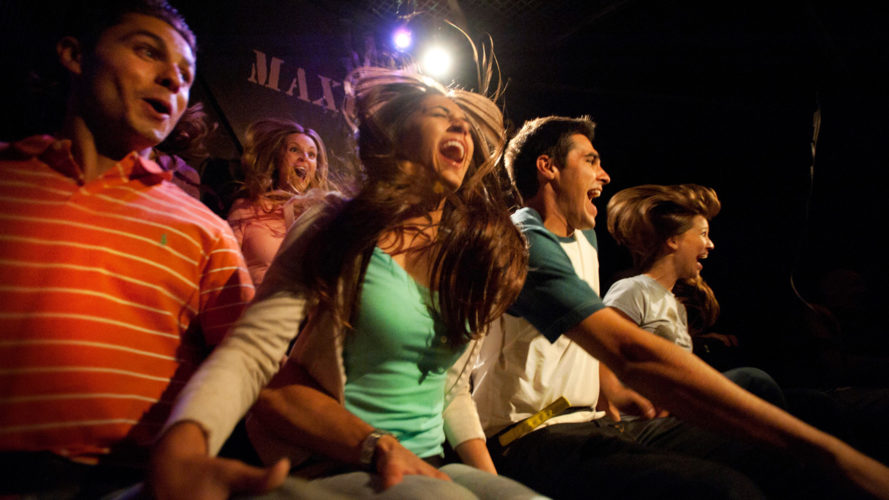 Celebrate Disney California Adventure’s Twilight Zone Tower of Terror before it closes on January 2 with special events during Halloween Time.

Disney California Adventure’s copy of The Twilight Zone Tower of Terror checks in its last guest ever on January 2, 2017, before being transformed into a Guardians of the Galaxy attraction, so the park is honoring the current incarnation with special Halloween Time events in the months left before its extinction.

Beginning September 9 through October 31, which is Halloween Time at the Disneyland Resort, guests can experience a unique, darker variation on the Tower of Terror. Each night, beginning after twilight, Disney California Adventure park guests will be treated to “Late Check-Out,” where they will experience The Twilight Zone Tower of Terror in complete darkness.

In addition to “Late Check-Out,” guests will find commemorative merchandise as well as special food and beverage items throughout the celebration. They’ll also get the chance to picture yourself “checking out” with a special photo location in front of the Hollywood Tower Hotel marquee, complete with vintage luggage and other nods to the landmark’s story.

Each day during Halloween Time at the Disneyland Resort, the Hollywood Tower Hotel will host special performances by Buena Vista Street’s own Silver Lake Sisters. Dolly, Dottie and Ethel Bounds, veterans of the vaudeville circuit known professionally as Fiddler, Fifer & Practical (or the Silver Lake Sisters) performed throughout their glittering career at the rooftop lounge of the famous hotel. The sisters went on to open Fiddler, Fifer & Practical Café on Buena Vista Street, where a wall inside the restaurant features photos, posters and memorabilia from their many performances. They will make their return to the Hollywood Tower Hotel to join fans during this farewell tribute.

For a preview of what will replace DCA’s Tower of Terror, watch the following Guardians of the Galaxy attraction announcement from San Diego Comic Con. And don’t worry, Twilight Zone Tower of Terror fans: the original Walt Disney World version remains operational, along with the version in Paris.

Celebrate the holidays with the Grinch, Macy’s...