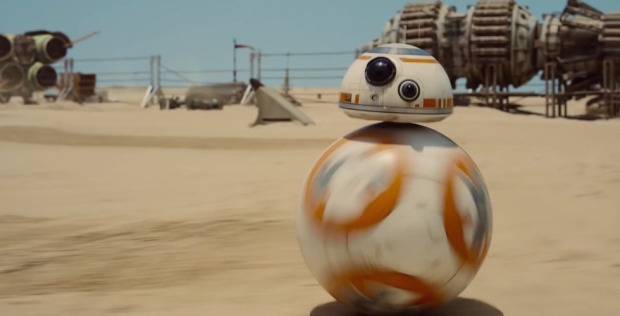 Disney has been teasing that more Star Wars attractions are on the way for a long time. Today we found out why it’s taking so long. Many of the new attractions will be based on the upcoming Star Wars films.

During a Q&A at Variety‘s Dealmakers Breakfast, Bob Iger, chairman and CEO of The Walt Disney Company revealed that they’ve been holding off on building more Star Wars attractions for Disney’s theme parks until they knew what was in store for the upcoming films. Here are some quotes from Iger in a story posted on variety.com:

“There will be a much larger ‘Star Wars’ presence in our parks globally … we want to do this big, which takes time, and to do it right.”

“I didn’t want someone to say, ‘I just saw the movie and there’s nothing in that movie in this (attraction). “We waited to see what this film (Star Wars: The Force Awakens ) would have in it.”

“I slowed it all down so what we come forward with will have a blend of the past, present and maybe the future. Now we have a sense of what’s in ‘Star Wars 8,’ and what some of the standalone films will have in them.”

Disney hasn’t stated where the new Star Wars attractions will be built at Walt Disney World, or if they’ll be a part of an existing park or a brand new one. But long-time rumors point to Disney’s Hollywood Studios being remodeled to add a Star Wars land connected to the current Star Tours attraction.

Here’s a look at the teaser trailer for Star Wars: The Force Awakens: