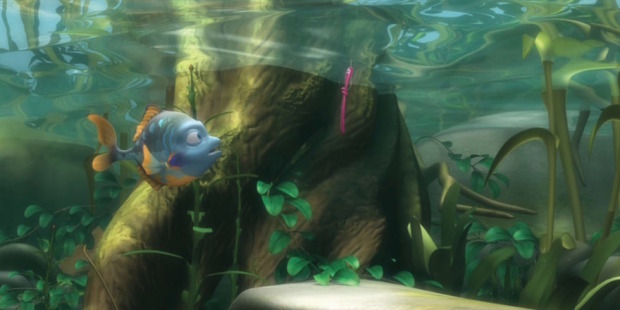 A screenshot from DreamVision short “Hooked”.

The film, using DreamVision’s proprietary new CGI movie technology, also aims to be the forerunner to its theme park development near Dallas/Fort Worth in Texas, which Orlando Attractions Magazine exclusively featured in July.

Today’s big announcement, by DreamVision CEO and Chairman Rick Silanskas, Executive Producer Bryan Robinson and Chief Creative Officer Ron Logan, confirmed production has begun on what is being called one of the first animated musical motion pictures based upon a true story featuring the company’s emotionally driven CGI animation creative technical methodology, which has been in development for the past 14 years.

Company executives also confirmed an upcoming major announcement scheduled for the near future that will reveal an expansive domestic and global development platform within its theme park and resort division.

DreamVision aims to re-define the family entertainment landscape under the direction of Disney Legend and former Vice-President Entertainment Disney worldwide, Ron Logan, and his team of creative management leaders, who have embraced the DreamVision core family brand.

CEO and Chairman Rick Silanskas explained: “Today marks a true milestone for animation as “Anna” begins full production and I am humbled and grateful for the entire DreamVision team here in the U.S. and abroad, who understand what it means to make dreams a reality.   “This is just the beginning, as DreamVision prepares to unveil the global core family brand that is all about hope and the joy that came from my true inspiration, Walt Disney.”

These are the reason’s that dream vision is such a great animated video production.