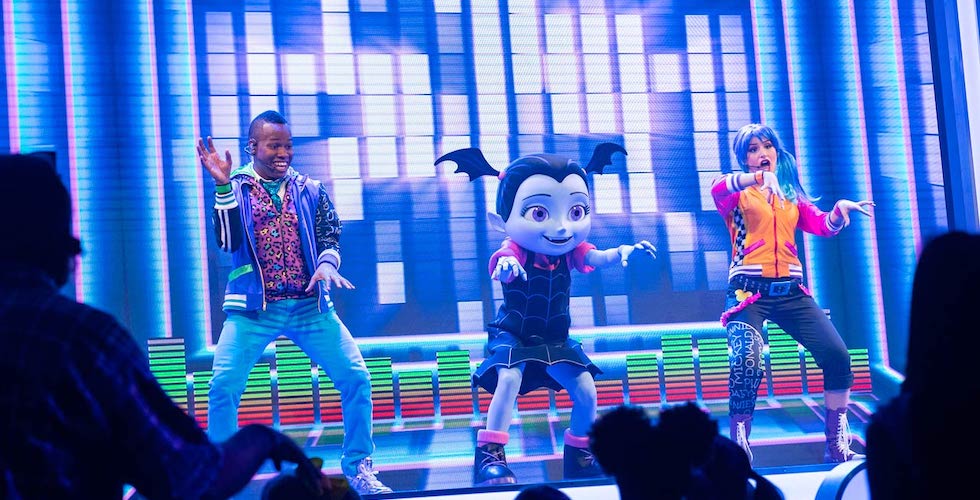 The brand-new Disney Junior Dance Party! is finally making its debut this week!

The family-friendly dance party will be held multiple times each day, and feature the star of the spooktacular new show, “Vampirina.” The show follows “Vee” and the Hauntley family of vampires, who recently relocated from Transylvania to Pennsylvania.

Disney Junior Dance Party! will be hosted by Finn Fiesta and DJ Deejay, who will encourage kids and adults to sing and dance to Disney Junior songs. The dance party will also feature music and characters from “Doc McStuffins,” “The Lion Guard,” and “Mickey and the Roadster Racers.”

Check out a preview of the new dance party below: