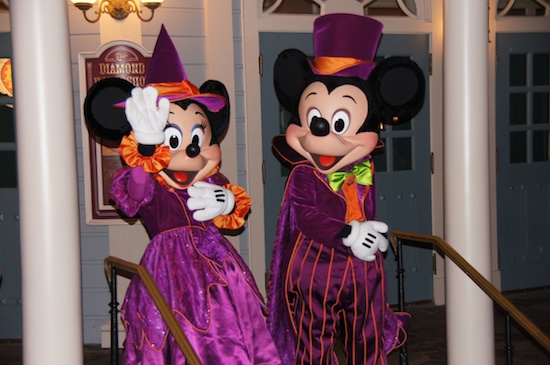 The Disney Parks Blog held their first ever “Trick of Meet-Up” last night at the Magic Kingdom. The first to respond to a blog post announcing the meet-up were selected to attend with a guest, totaling about 300 guests. In case you weren’t able to attend, here’s a rundown of the evening.

Let’s start with our highlights video then go into more detail.

Disney Trick Or Meet-Up at the Magic Kingdom Haunted Mansion 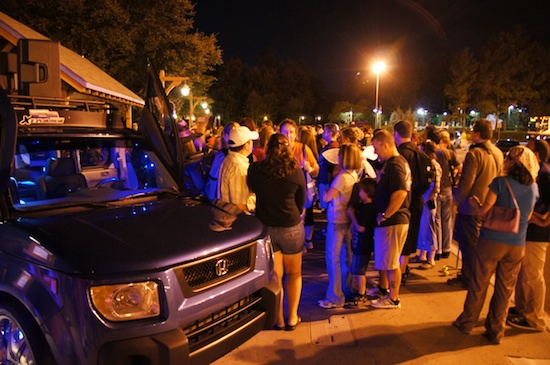 Guests were to meet in the parking lot at Blizzard Beach to be transported to the Magic Kingdom. A DJ was on hand playing pop music and holding trivia contests with Vinylmations as prizes. 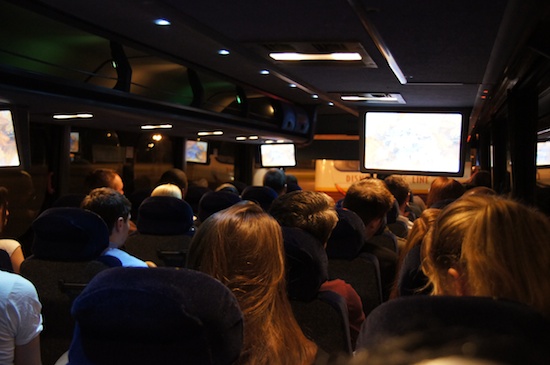 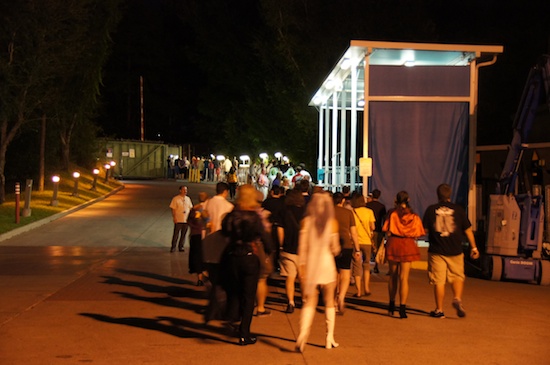 The buses parked backstage behind Splash Mountain. Those watching closely as the bus drove backstage could see some parade floats parked in warehouses. 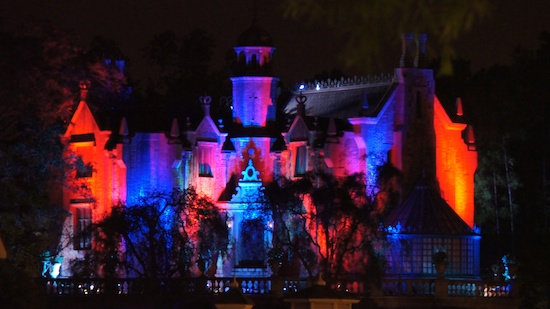 As guests walked to the meet-up area in Liberty Square, they got their first glimpse of the Haunted Mansion, lit up in red and blue. 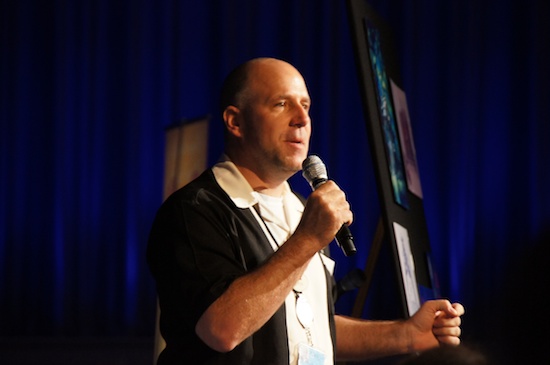 Guests were led to the Hall of Presidents where Imagineer Jason Surrell spoke about the Haunted Mansion’s history and took questions from the audience. 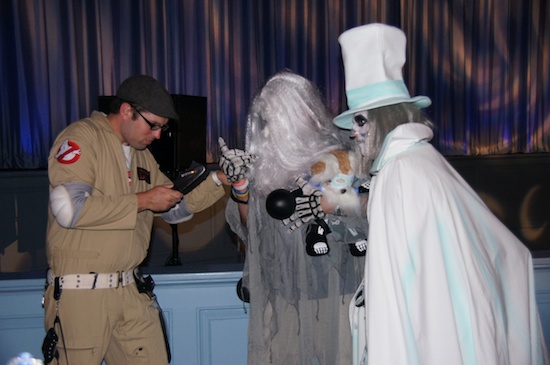 Guests were encouraged to attend the meet-up in costume. Here’s a Ghostbuster checking out some ghosts from the Haunted Mansion. 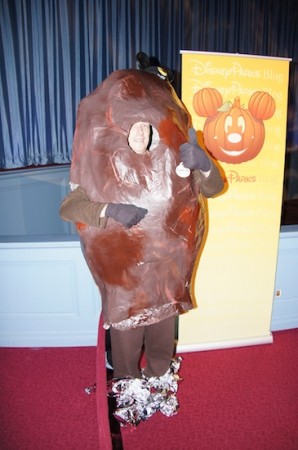 Some of the Disney Parks Blog staff also dressed up. Social Media Manager Gary Buchanan was a favorite, dressed as a turkey leg. 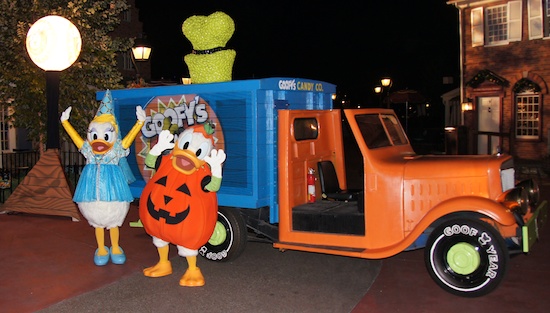 After the presentation, guests were given bags to go trick or treating at a few stops in Liberty Square. Some characters were also on hand for photos. 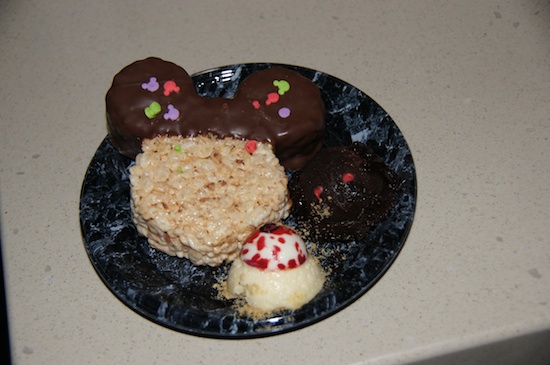 Drinks and desserts were also available. Guests could munch on crispy treat Mickey ears, chocolate spiders and bloodshot eyeballs (or is that brains?). 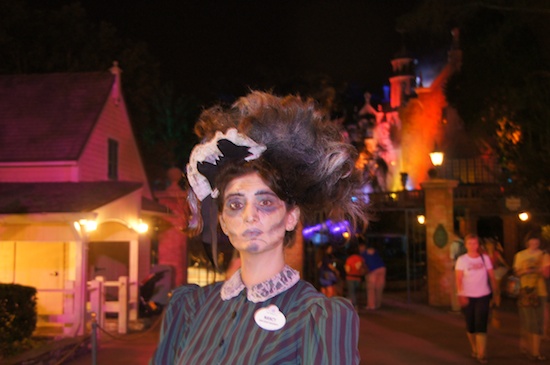 Of course, the Haunted Mansion was open for visitors and the maids and butlers were scarier than ever. This maid was walking her invisible dog outside the Mansion. 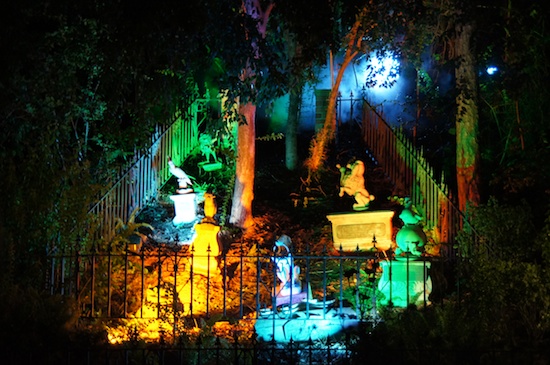 Special lighting on the pet cemetary. 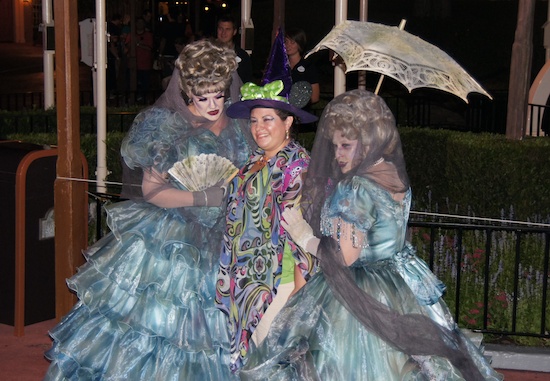 These ghost sisters were let out of the Mansion for this special night. 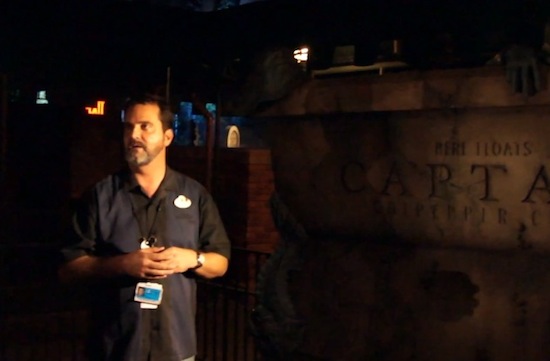 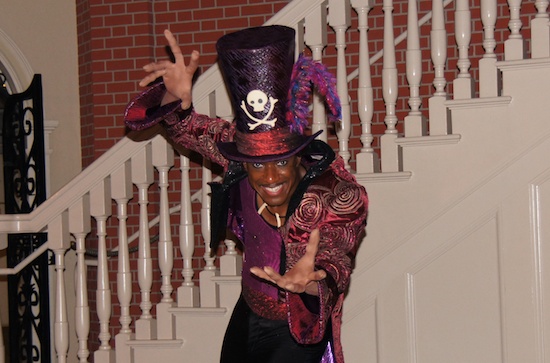 Dr. Facilier from The Princess and the Frog was also meeting guests. 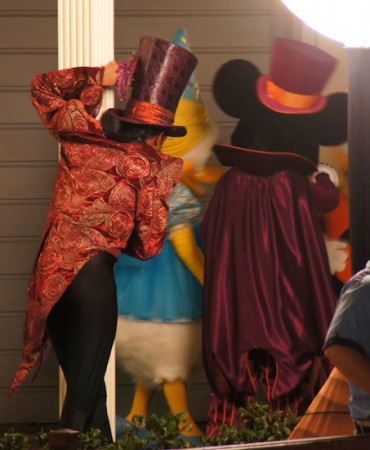 Watch out Mickey and Daisy! The shadow man is sneaking up behind you. 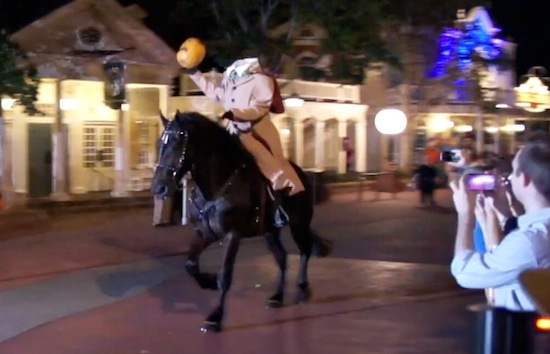 The night came to a close with a (near) midnight ride by the Headless Horseman.

The foods inspired by your favorite films...