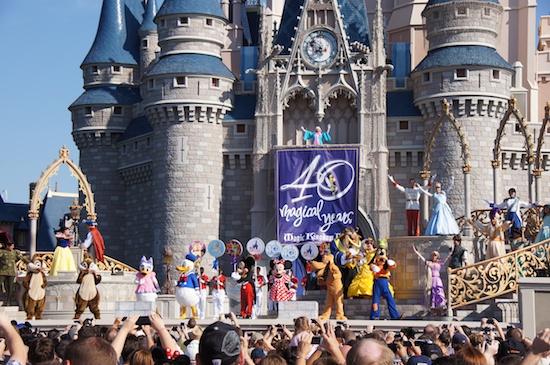 It was a party in the park. The Magic Kingdom and Walt Disney World in general turned 40 years old yesterday and many celebrations were held. There was a character parade, sing-long, speeches, and special fireworks – and don’t forget the special merchandise.

It was 40 years ago – Oct. 1, 1971 — when Walt Disney World officially opened, rising from the marshy landscape southwest of Orlando. The much ballyhooed “Florida project” was the dream of visionary Walt Disney.

“We’ve grown by leaps and bounds since then,” Walt Disney World President Meg Crofton told guests assembled in front of the Castle Saturday. “But the fact remains that this place, as it appeared on Oct. 1, 1971 was the last great vision of one of the world’s greatest dreamers.”

Here’s a look at the day’s highlights. 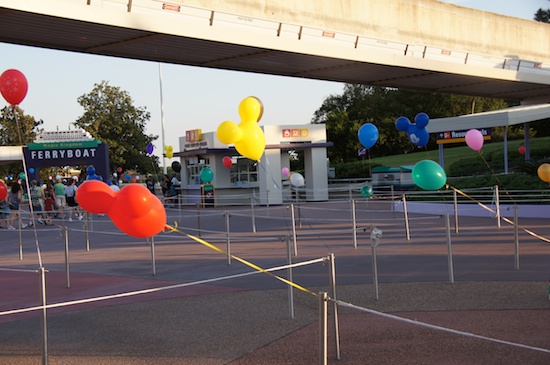 Guests could tell something special was happening when they arrived at the Ticket and Transportation Center. Balloons lined the queue ropes for the expected long lines. 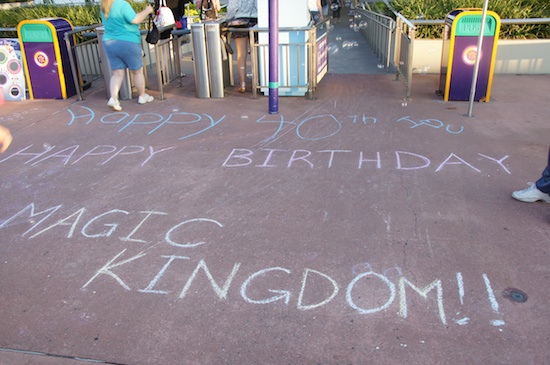 Cast members wrote a happy birthday message in chalk by the riverboat entrance. 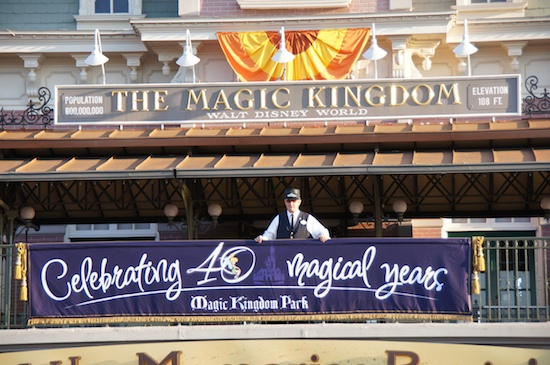 A large 40th banner hung at the Main Street Train Station as guests lined up for the opening ceremonies. 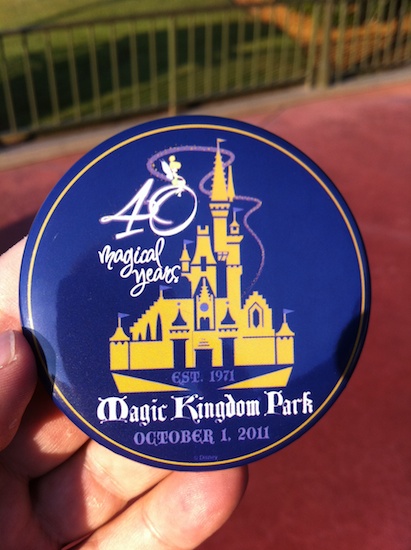 Guests were handed special anniversary buttons as they entered the park. The buttons were all gone before the day was over. 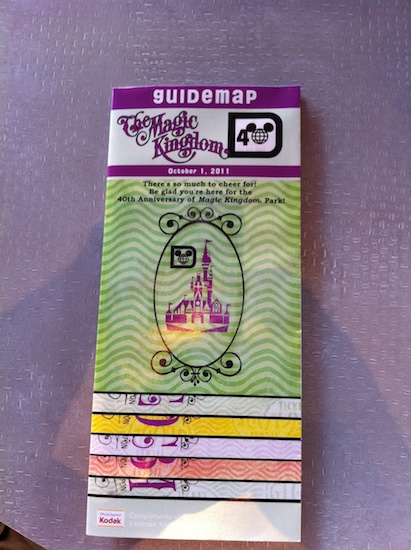 Special maps were also handed out throughout the day. 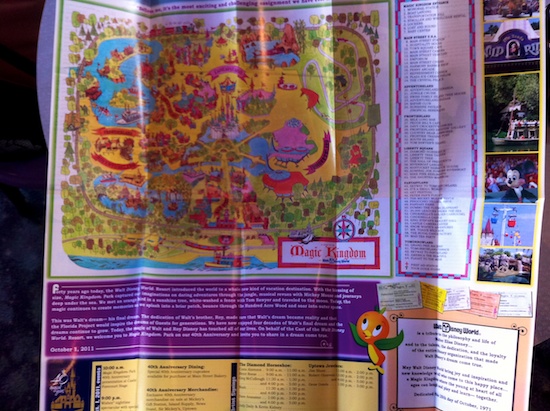 Inside is the regular park map, but open it up all the way and you can see the Magic Kingdom map as it looked on opening day. A .pdf version of the map is available through the Disney Parks Blog. 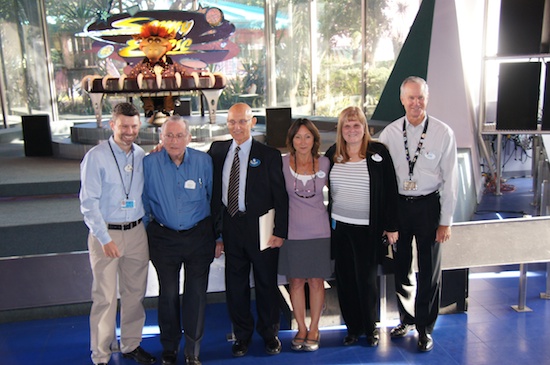 Before the park was officially open, we were able to interview some cast members who were working for Disney when the Magic Kingdom first opened. Look for the interviews on episode 44 of Orlando Attractions Magazine – The Show. 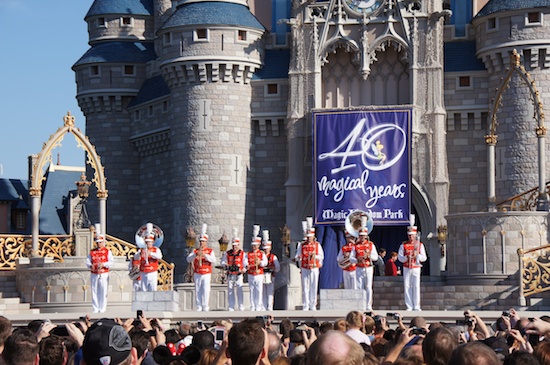 Around 10 a.m. the Main Street Philharmonic came to the castle stage and performed a medley of Disney tunes. 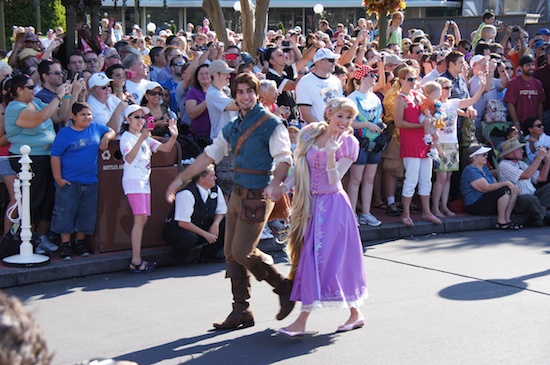 Then the character parade began as Mickey, Minnie and their friends walked down Main Street U.S.A. to Cinderella Castle for a presentation. It was rumored that some “retired” characters would make an appearance, but all of the characters were the current ones that can be seen at Disney World. But they did come down the street to some old Disney parade music. 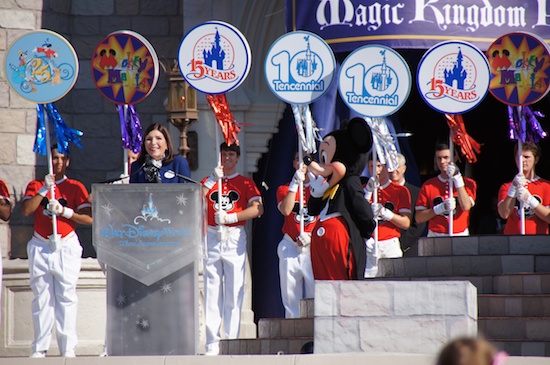 In addition to the morning presentation, 40th anniversary cupcakes and special merchandise were sold. There was a special pin and two T-shirts that were only for sale yesterday. The cupcakes, T-shirts and pin all sold out before noon. There were also a couple of 40th anniversary Haunted Mansion T-shirts on sale.

The evening ended with the usual Wishes show, but with some added fireworks surrounding the Magic Kingdom.

Here’s our video of the presentation followed by our full photo gallery.

Click Here to see the photo gallery in our photos section.

This year’s Midsummer Scream to features a...