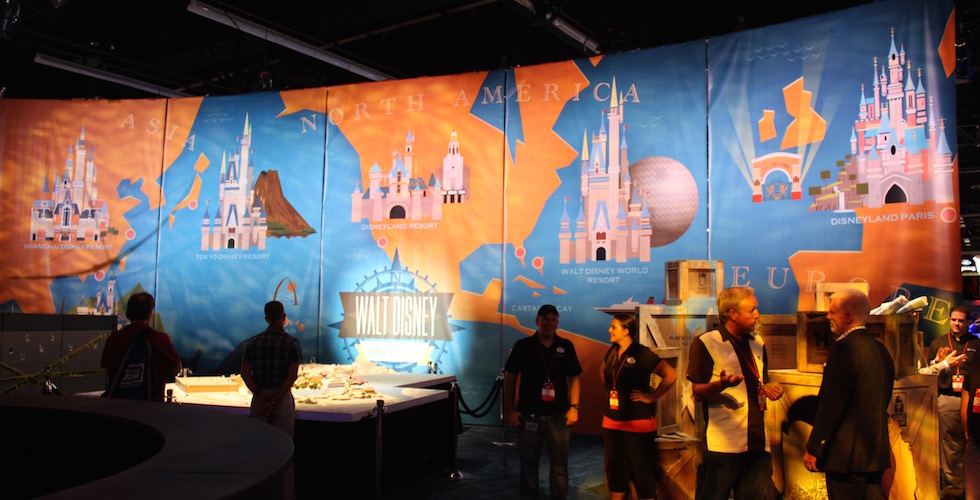 If you go to Disney’s D23 Expo next month, you’ll learn more about plans for Shanghai Disneyland, Avatar and what else may be coming to Disney Parks around the world.

Shanghai, Avatar and more will be a part of the Walt Disney Parks and Resorts show floor pavilion. Plus, in addition to the previously announced Hall D23 presentation, guests will have the opportunity to hear from executives, Imagineers, designers, Disney Legends and others directly involved with various projects for Walt Disney Parks and Resorts in five engaging panels.

On The Show Floor

Located in Hall C, the Walt Disney Parks and Resorts Pavilion is a 12,500-square-foot exhibit. In a celebratory exhibit on Shanghai Disney Resort, maquettes, artist illustrations and media clips capture the designers’ journey. Guests can learn about the show design process and discover the tradition and innovation infused into the resort.

Guests will also get an in-depth look at Pandora when they explore what’s to come for the Avatar project, with models, images and exhibits on display.

Additionally, Mickey’s of Glendale, the Imagineering-exclusive merchandise store, will open an outpost at the Pavilion where guests will have the opportunity to purchase merchandise specially designed for D23 Expo 2015.

Friday, Aug. 14
60 Years of Disney Parks Merchandise (Stage 28) – 1:30 to 2:30 p.m.
Join the talented Disney Design Group artists, merchandisers and special guests as they take you from concept to reality with behind-the-scenes storytelling about classic Disney souvenirs and how they have become tangible lasting memories. Guests will get a first look at some of the new merchandise coming to Disney parks.

Safari So Good—60 Years of the World Famous Jungle Cruise (Stage 23) – 3:15 to 4:15 p.m.
Skippers from throughout the years reflect on their experiences at the Jungle Cruise, which is celebrating its 60th anniversary as one of Disneyland’s opening-day attractions. They will also discuss changes to the attraction over the years including recent holiday overlays and other additions.

Imagineering 60 Years of Disneyland (Stage 23) – 5 to 7 p.m.
In a two-part panel discussion about Disneyland with Disney Legends and current Imagineers, panelists will discuss how it all began, what it took to carry on Walt Disney’s legacy, and how Imagineers are continuing to deliver magic well into the future. The panel is moderated by Academy Award and Emmy-nominated filmmaker Leslie Iwerks, who will present a new trailer from her forthcoming documentary about Walt Disney Imagineering.

Saturday, Aug. 15
Walt Disney Parks and Resorts featured presentation (Hall D23) – 3 to 4:30 p.m.
Find out what’s next for the parks and resorts.

Sunday, Aug. 16
Disney Kingdoms (Stage 28) – 10 to 11 a.m.
Guests will learn about Disney Kingdoms, a joint collaboration between Marvel Comics and Walt Disney Imagineering. Guests will hear how this comic book series got started and discover the creators and theme park inspirations behind the titles, including “Seekers of the Weird”, “Figment” and “Big Thunder Mountain Railroad”.

Experience the World with Disney: Adventures by Disney, Aulani, Disney Cruise Line, and Disney Vacation Club (Stage 28) – 3 to 4 p.m.
This panel will provide a behind-the-scenes glimpse into how Disney is creating new vacation experiences for families all around the world. The first 400 guests in attendance will receive a D23 Expo-exclusive gift.