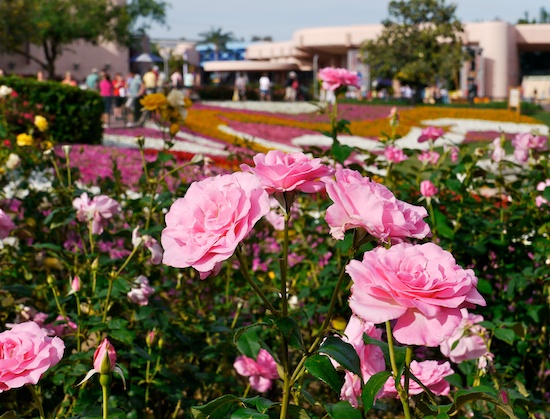 Details have been released on the 18th Epcot International Flower & Garden Festival March 2 through May 15, 2011. Look for Disney movie characters throughout the park in playgrounds and as topiaries. Plus new musical acts and an expanded butterfly garden.

Toy Story 3 stars Woody and Buzz Lightyear will meet their arch-enemy Lotso in the sandbox as seven- and eight-foot-tall topiaries will be on display at the park’s front entrance flower bed, featuring a sand castle and a strawberry-scented field. Created by Disney gardeners and topiary experts with bold strokes of seasonal color, the topiary display will mark the first time Toy Story characters have been featured at the festival. It’s also the first time in seven years that the front-entrance floral spectacle showcases all-new topiary characters, said festival horticulture manager Eric Darden.

“It created unique challenges,” Darden says, “and it’s meticulous work. Woody is skinny, and it was a challenge to create his legs. The detail on Buzz is pretty daunting.” And the buzz on the pink-floral Lotso (a.k.a. Lots-o’-Huggin’ Bear) is that he will smell like strawberries, just like his big-screen character, when guests stroll by.

This year’s festival will showcase more than 100 expertly crafted topiaries, and another eye-catcher will be the brand-new Cars 2 display at the World Showcase plaza. Large floral topiaries of Cars characters Mater and Lightning McQueen will be parked beneath a black-and-white checkered arch. To complete the scene, gardeners will create floral flags representing Japan, France, Italy and the United Kingdom – destinations of the car characters in the sequel, due in theaters June 24.

Winnie the Pooh, Tigger and pals will appear in topiary among a Hundred Acre Wood wildflower display between Future World and World Showcase. Just in time to spread the news about the Winnie the Pooh Movie debuting summer 2011.

• A roomier-than-ever Bambi’s Butterfly House grows three-fold in its new location along Imagination Walkway by Innoventions West in Future World. It’s the first time the popular garden has expanded since its 2005 debut, and guests will see more butterflies than ever, Darden says.

• The Healthy Living Garden invites guests to join in fun activities designed for improving their health and well being. Areas of the garden focus on healthful eating, fitness, relaxation and meditation. An adjacent children’s play area keeps it all in the family.

• Rapunzel lets down her hair at Rapunzel’s Tower in the Tangled Magical Garden inspired by Walt Disney Pictures’ animated film, Tangled, located between the Germany and Italy pavilions. 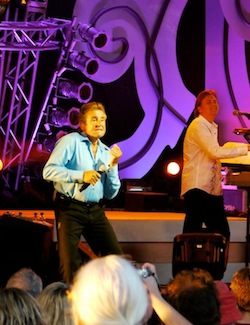 • A new Festival Special Weekend is slated for May when Disney-Pixar presents a Pixar Animation Studios celebration in conjunction with Cars 2 big-screen debut June 24.

Throughout the festival, elaborate floral beds and entertaining exhibits will decorate the park landscape and showcase the talents of Disney gardeners. A blooming Guerlain Fragrance Garden at the France pavilion returns with its story of the relationship between plants and perfume. At the Japan showcase, the art of bonsai will be on display at the pavilion’s vermilion torii gate.

• The Festival Center – Guests can shop for festival merchandise, attend demonstrations and get ideas and tips from master gardeners. Includes Disney Gardening at Home and other presentations.

• Special Festival Weekend Celebrations – An Art in the Garden celebration of plein air artists is scheduled March 25-27; the popular I Dig Bugs event is set for April 15-17; and a Fresh from Florida Farmer’s Market salute is slated for April 29-May 1. A date will be announced for the May Disney•Pixar weekend celebration.

More information about the 18th annual Epcot International Flower & Garden Festival is available by calling 407/W-DISNEY (934-7639) or by visiting disneyworld.com/flower. The festival, including all gardening programs and exhibits, is included in regular Epcot admission.